A Hernando County man was arrested on Saturday after deputies say he pointed a laser light at a sheriff's helicopter while they were searching for a missing 9-year-old. 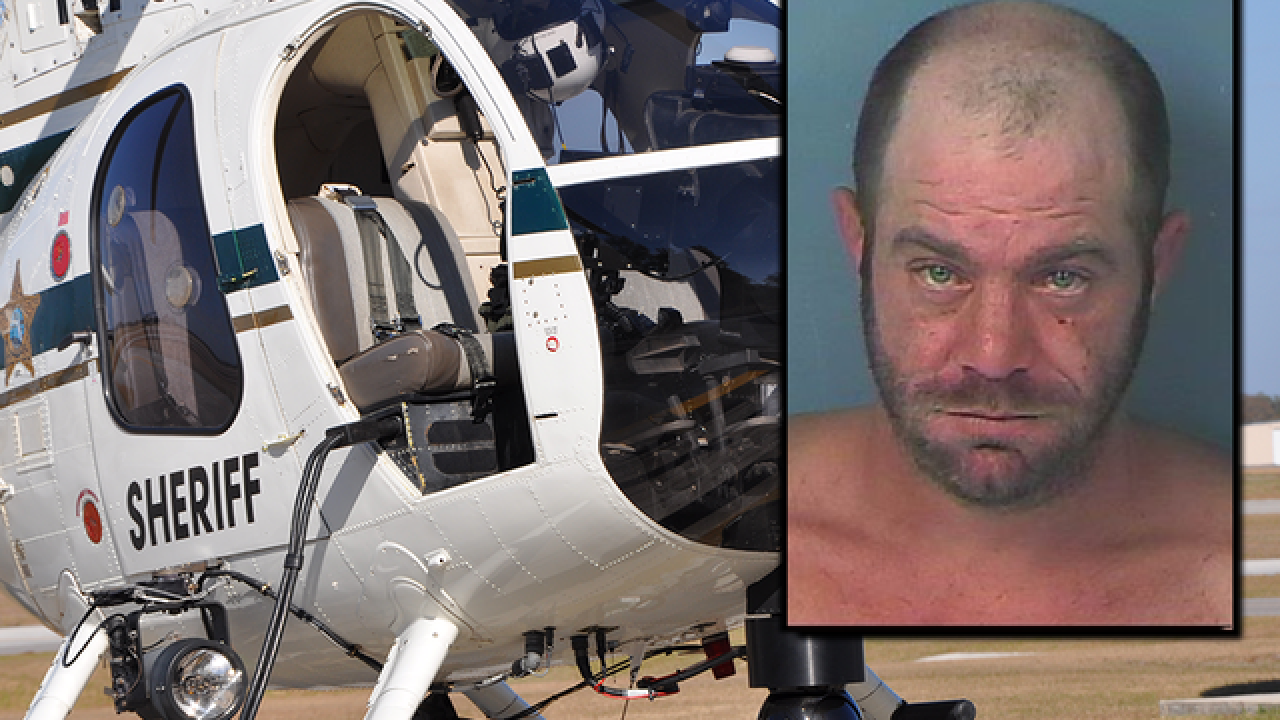 A Hernando County man was arrested on Saturday after deputies say he pointed a laser light at a sheriff's helicopter while they were searching for a missing 9-year-old.

While the Hernando County Sheriff's Office helicopter was searching for the missing child using Forward Looking Infrared (FLIR), the pilot and flight officer were interrupted by a laser light being aimed directly at the chopper.

The flight officer says that the laser light struck the chopper approximately five times, interfering with his ability to see and provide updated locations on the missing child.

Just before someone began shining the laser light at them, the chopper crew located the missing child from the air. They were directing ground units to the child when the laser light incidents began.

The extremely bright light shining directly at the chopper interfered with the investigation and was a danger to those on board the helicopter as well as those on the ground, the sheriff's office says.

The sheriff's office also notes that any powerful laser source viewed from Infrared (IR) and FLIR equipment can cause severe damage to the human eye.

Once ground units located the missing child, the chopper crew directed other ground units to the location of the individual pointing the laser light at the helicopter.

Deputies responded to a home in Weeki Wachee where they located 35-year-old Eric D. Harper. Deputies asked Harper if he had been outside moments earlier, shining a laser light at the HCSO helicopter. He admitted to shining the laser light at the chopper and showed the "laser pen" that he used.

Harper told deputies, "I didn't know it was a crime, I'm sorry."

Harper was then placed under arrest and charged with Pointing a Laser Light at Driver or Pilot. His bond was set at $5,000.