Governor warns residents that river flooding could continue for days 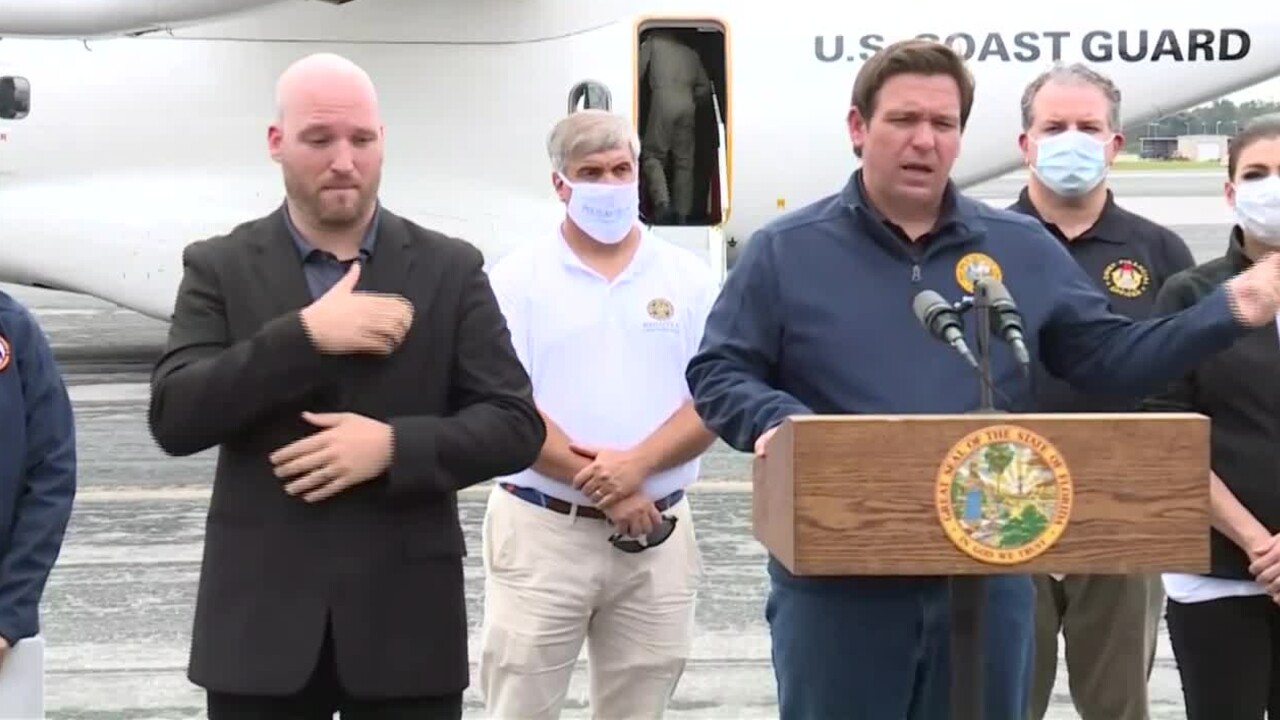 Copyright 2020 Scripps Media, Inc. All rights reserved. This material may not be published, broadcast, rewritten, or redistributed.
WFTS

The governor and other state emergency officials toured the damage in Pensacola on Thursday, and said flooding will be a problem for days to come.

"The hurricane has passed Florida, but we are gonna continue to see impacts in parts of Northwest Florida because of the sheer amount of water that's been dumped," DeSantis said.

The governor said 250,000 homes in Florida lost power due to Hurricane Sally, and utility crews have restored power to 40,000 of those homes.

"They do have crews here working. They're gonna be working 24/7 to get the power back on," DeSantis said.

The governor added that there have been no reports of deaths in Florida related to the storm, and more than 500 National Guard soldiers have been activated for the emergency response.

At least 100 people have been rescued.

Rivers swollen by Hurricane Sally's rains could mean more problems for parts of south Alabama and the Florida Panhandle.

Sally has diminished to a tropical depression, but it's still a rainmaker as it moves into Georgia, on a path to the Carolinas.

Authorities warned that rain from the storm could swell eight waterways in Florida and Alabama to record levels.

DeSantis warned residents and visitors of possible river flooding in the coming days.

"Widespread river flooding is ongoing and it could continue over the next week in different parts of Florida," DeSantis said.

Just a mess down here at Palafox Pier. High winds and high waters shoving these boats into a corner of the harbor. pic.twitter.com/dt4BaDTJDJ