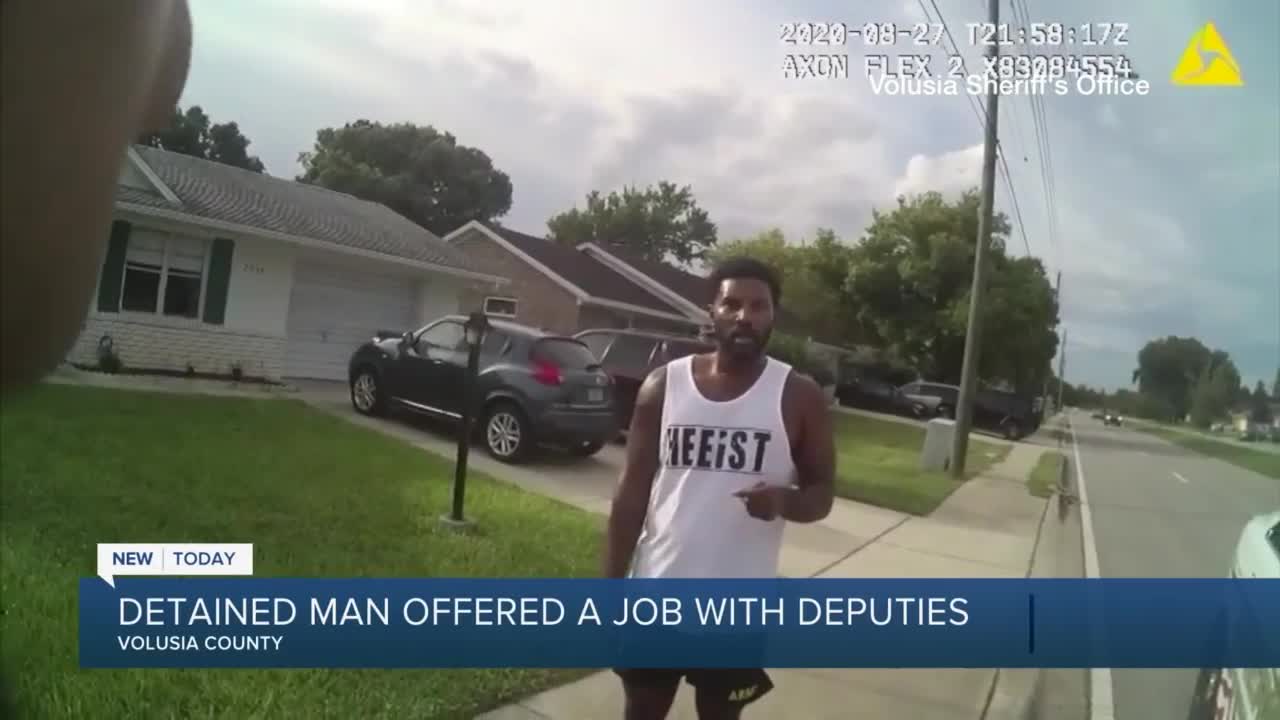 A case of mistaken identity in Central Florida is being praised by a sheriff on how an innocent man and deputies handled the situation.

DELTONA, Fla. — A case of mistaken identity in Central Florida was praised by a sheriff after how both the innocent man and deputies handled the situation.

Griffin, who was jogging in the neighborhood, was questioned and told by the deputy that he fit the description of a burglar.

Griffin, who is calm throughout the video, told deputies he was out for a jog and currently serves in the armed services as a military policeman and medic since 2010.

"We appreciate you being very cooperative," the deputy said in the body camera video that recorded the exchange.

"I'm not trying to get shot over this," Griffin tells the deputy in the video.

"Witness descriptions are never perfect, and these deputies did an outstanding job given the limited information they had about a call in progress," Sheriff Mike Chitwood later said on Facebook.

The sheriff praised Griffin for his "calm and cooperative" demeanor, "even though he had reason to be frustrated with the inconvenience."

Chitwood said Griffin would join the department during implicit bias training and tell this story from his perspective. They even said they would train and hire him as a deputy if he ever wants a job.

The sheriff said the real burglar was eventually arrested.