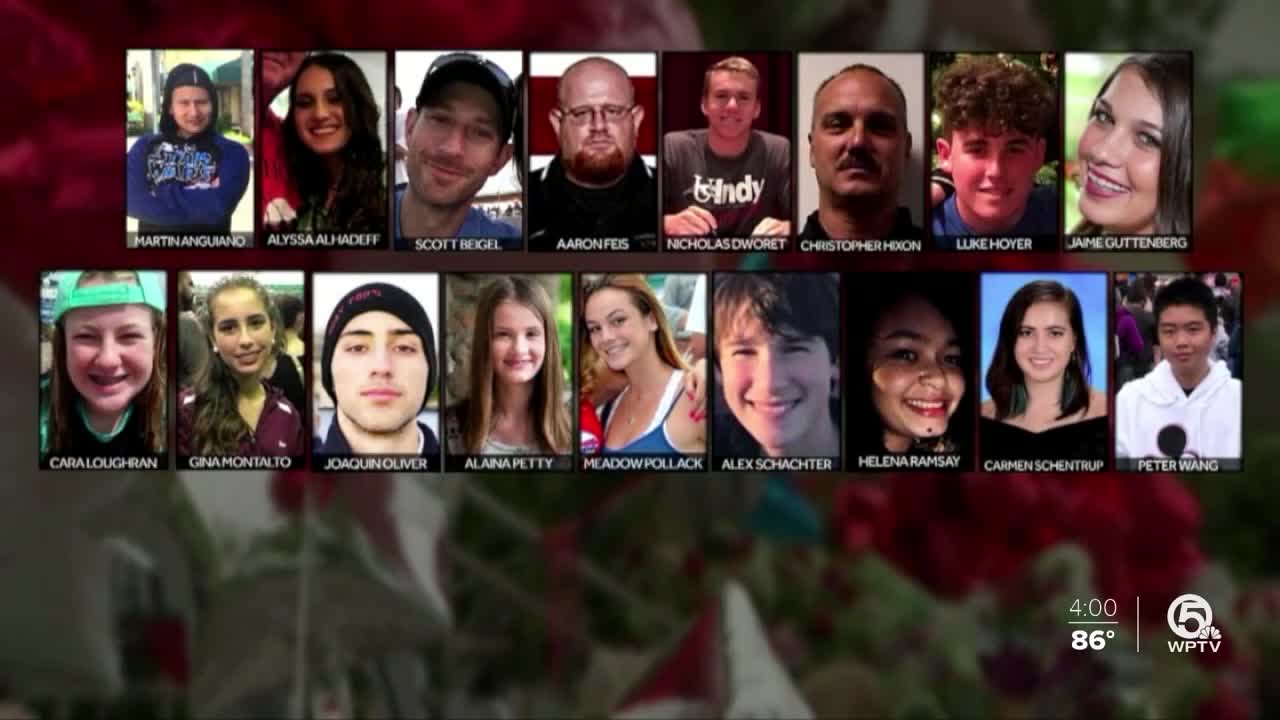 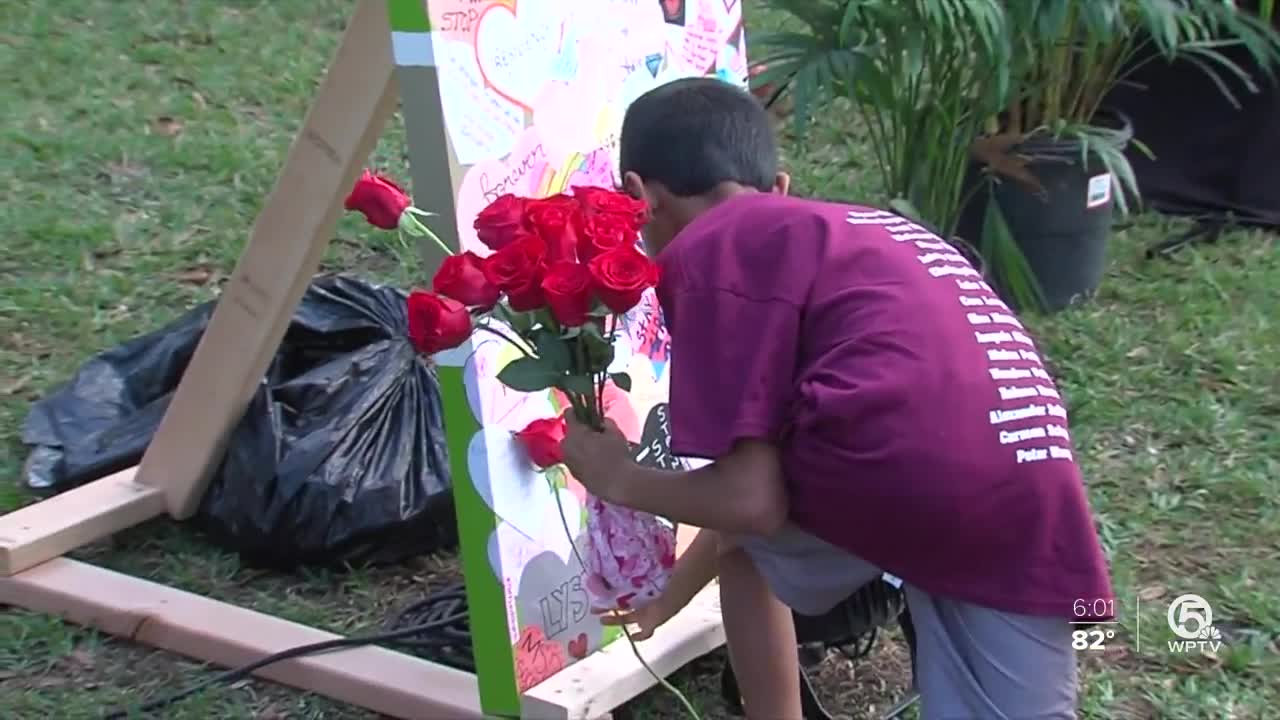 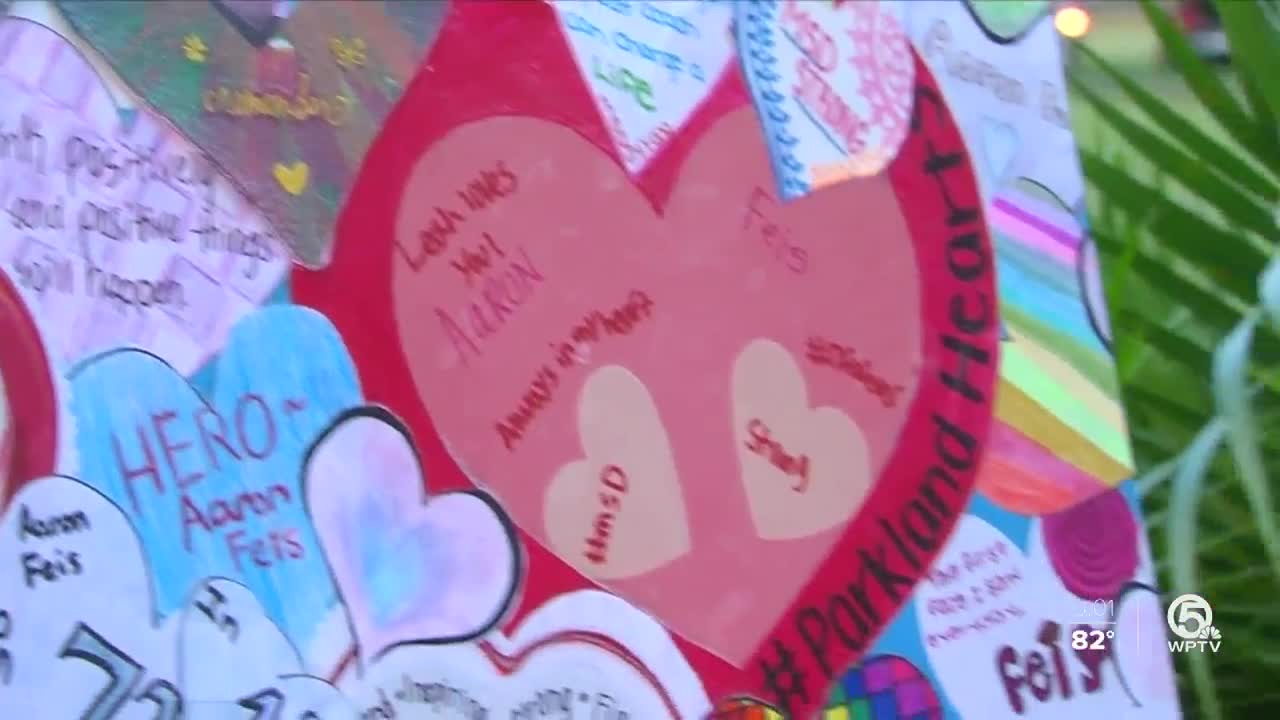 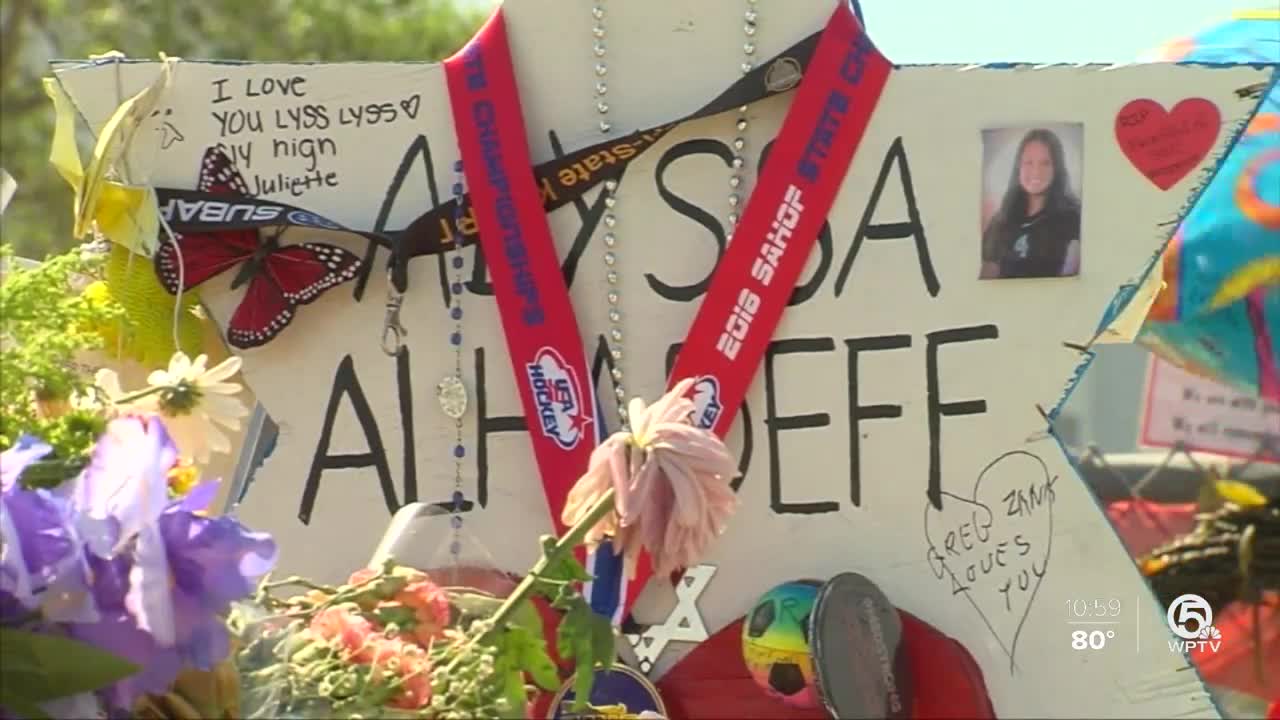 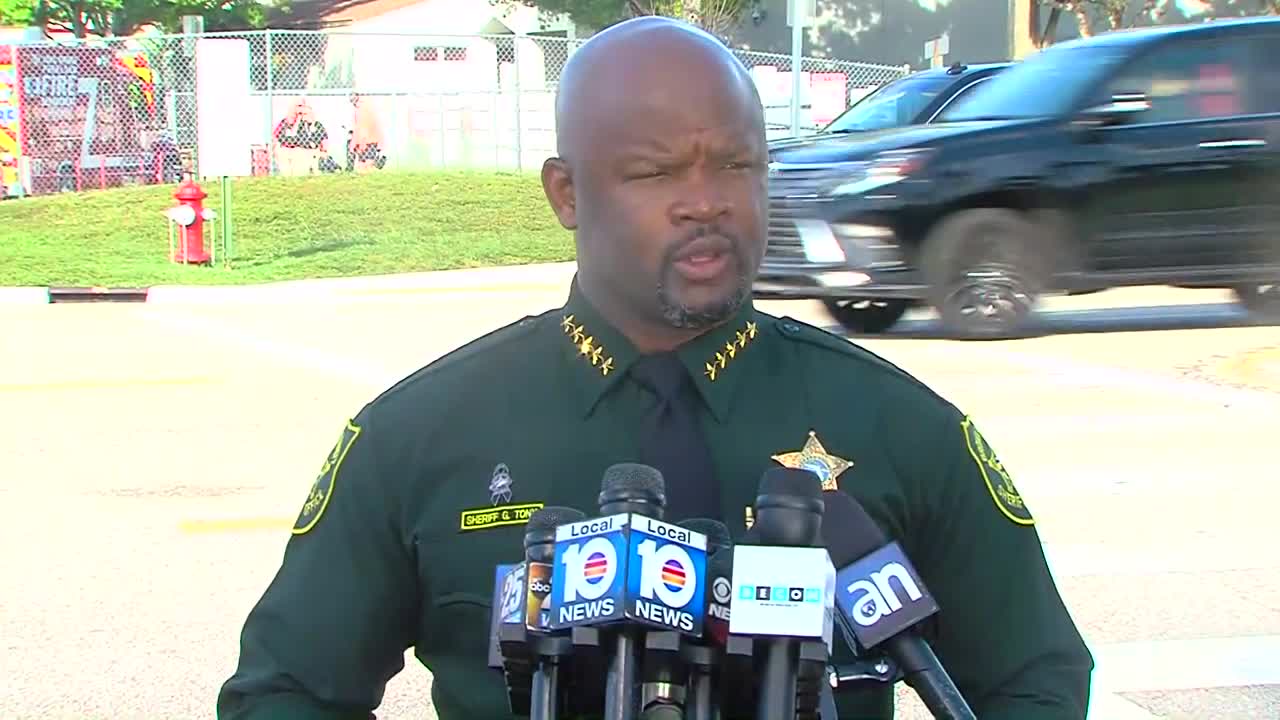 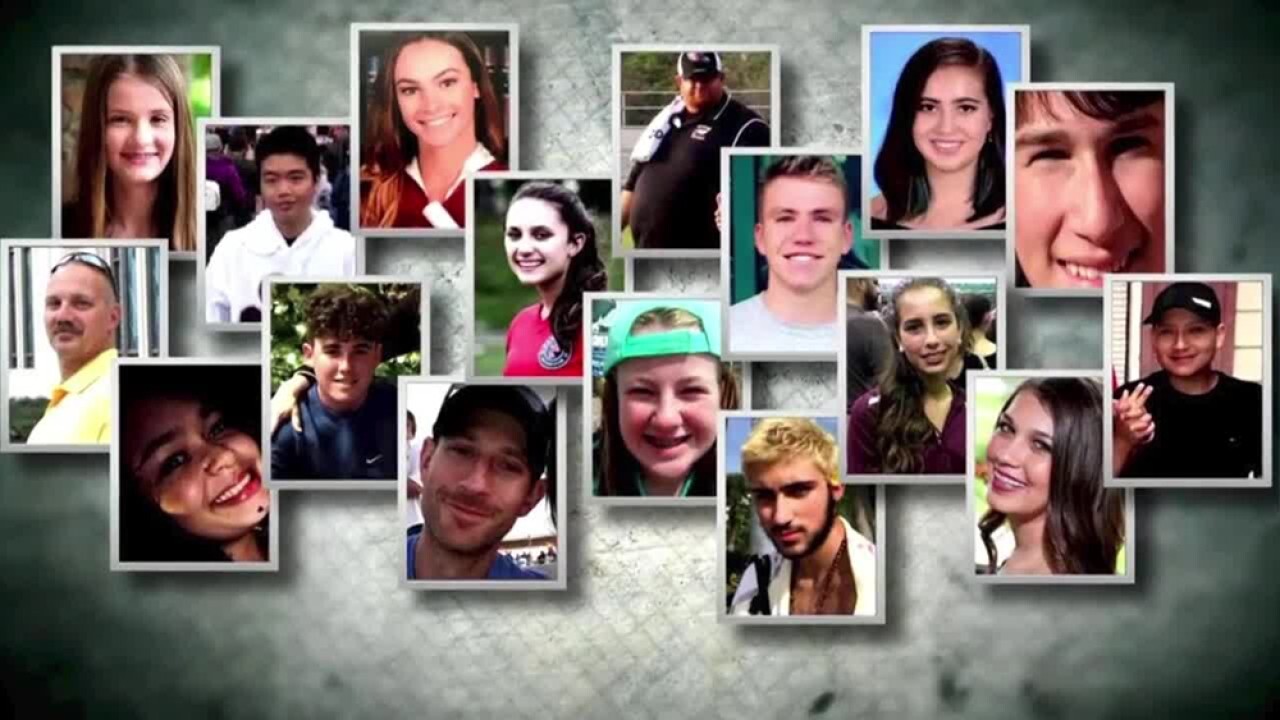 To mark two years since, the community came together on Friday in their honor.

"We hope that this is a day that we work with our students to help them develop positive character traits, to help them understand the importance of kindness," said Robert Runcie, Broward County Superintendent of Schools, at a news conference.

Broward County Public Schools designated Friday as "A Day of Service and Love."

The district said it will be a day to give back to the community in honor of the 17 students and staff who were lost, and those who were injured.

The school day started with students organizing a breakfast for law enforcement officers and first responders.

"It was difficult to come in and see all these young folks giving us applause and saying thank you for our services, understanding that not too long ago, we came up short," said Broward County Sheriff Gregory Tony. "But it was a good, strong message that the community has forgiven us as an organization."

At 10:17 a.m., the school district observed a moment of silence to honor and remember the victims.

Students will have a half-day of school and their day will be more focused on each other rather than academics.

The district said students and staff will take part in service projects and activities that serve others within their schools and communities.

"Today is an opportunity for us to have our students, have their voices heard, to have them engage in projects where they feel they can positively impact their community," said Runcie.

Those activities are supported by hundreds of volunteers and partnerships with HandsOn Broward, the city of Parkland, the city of Coral Springs, and the Interfaith Council.

Students and staff will participate at more than 230 school sites across the district with activities including creating self-care spaces, landscaping gardens, painting, celebrating local first responders, and feeding families in need.

Posters were hanging inside North Lauderdale Elementary with messages of support and a way to thank first responders.

“To come here with the children inviting us and serving us and giving us things like these little cards and stuff is really heartwarming, it really is,” said Capt. Kregg Lupo, Broward County Sheriff’s Office.

Students are trying to shine a positive light on a dark day, and promise to never forget.

“It’s important to stand as a community together against all the hate and giving back is one of the ways we can do that,” said Kailla Joseph, an eighth grader at North Lauderdale.

Joseph and her classmates also picked fruits and vegetables from the school garden and give them to members of the community in need. It’s a simple act with a strong message for everyone impacted by the tragedy.

In addition, the city of Parkland is hosting a community commemoration at Pine Trails Community Park. Events run from 1 p.m. to 8 p.m. with a ceremony happening at 5 p.m.

Runcie said that in the two years since the tragedy, security has dramatically improved at schools across Broward County.

"This district, unlike any district I know in this state and this country, has done an enormous amount of work to enhance safety and security," said Runcie.

"In total, we have over 1,200 security staff on our campuses in Broward County," said Runcie.

"We're pretty much 100 times better than we were," said Sheriff Tony.

The sheriff, who was not with the Broward Sheriff's Office during the Parkland school shooting, said his agency is now better prepared for emergencies and holds annual active shooter training.

"We cannot fall short when it's time to safeguard our children," said Sheriff Tony. "It's another good step for us to move forward, and its also a reminder for us that we must perform, and we have to continue to safeguard this community, and continue to heal together."