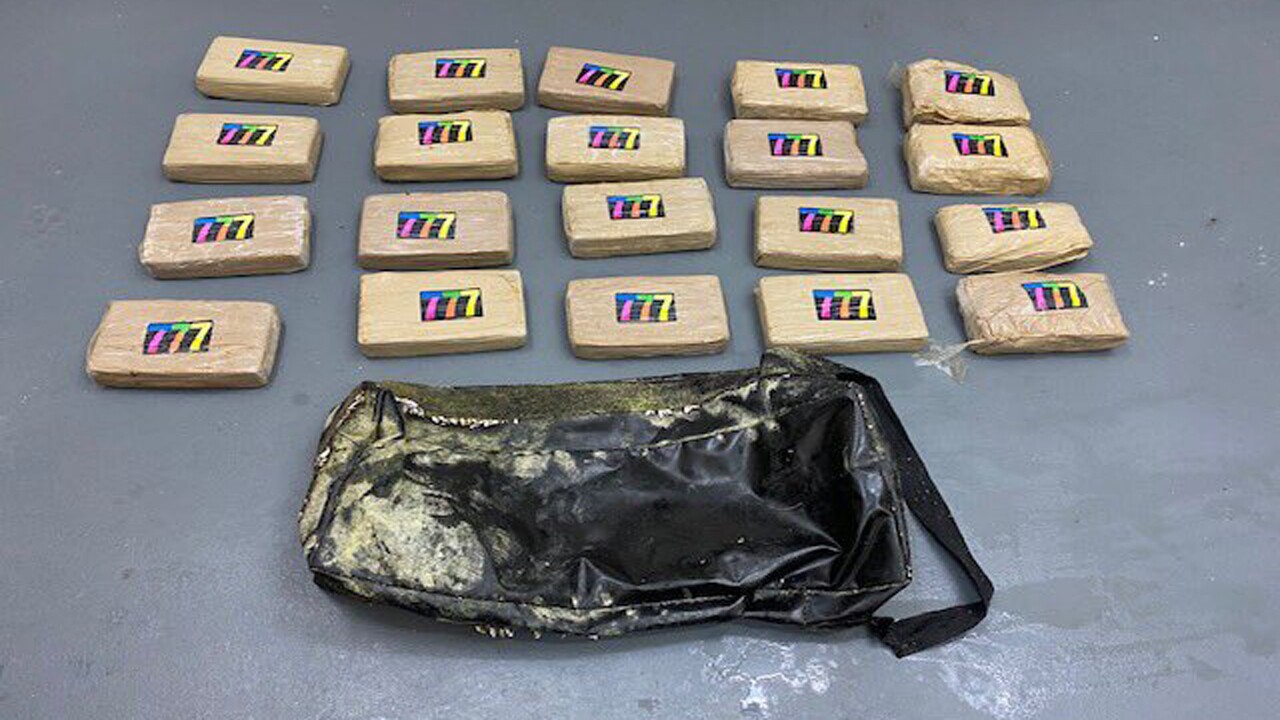 Monroe County Sheriff's Office spokesman Adam Linhardt said the discovery was made on Morton Street, about a mile offshore from Florida Bay, shortly before 1 p.m.

Linhardt said 20 bricks of cocaine were found inside the black duffel bag.

The U.S. Border Patrol was called and took possession of the drugs.