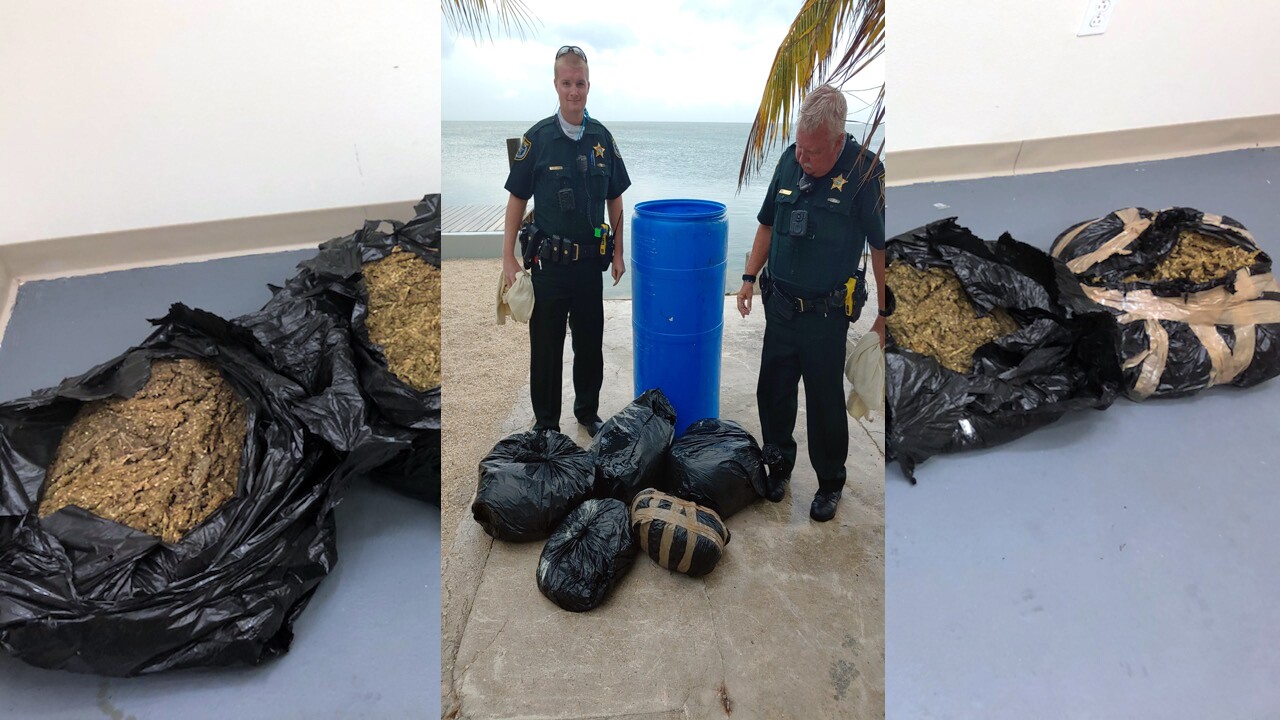 Monroe County Sheriff's Office spokesman Adam Linhardt said five large plastic bags of marijuana were found inside the barrel, which was discovered in the water near the shore in Marathon.

Linhardt said there was about 90 pounds of marijuana inside the barrel.

Deputies notified the U.S. Border Patrol, who seized the marijuana.

It wasn't the first time marijuana has washed ashore in Florida, and it likely won't be the last.