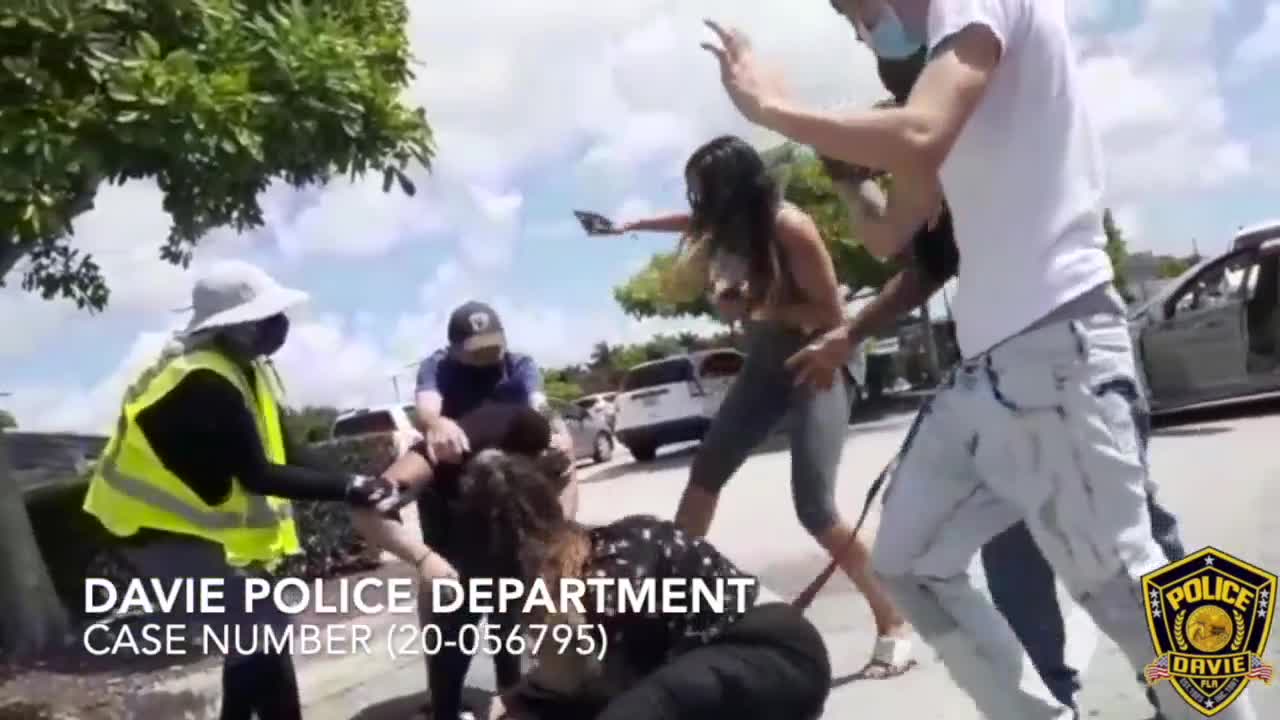 Davie police have released this video showing a parking space dispute that escalated into a brutal beating and robbery.

Police said the attack, which was caught on camera, occurred Tuesday afternoon in the parking lot of the Walmart on University Drive in Davie.

As the video ends, it shows the victim struggling with the woman in the driver's seat of the Mercedes-Benz before the car speeds away, knocking the victim to the ground.

Throughout the struggle, several bystanders are seen trying to help the woman.

Davie police said one of the women removed the license plate from the car, most likely to avoid being identified.

Police said the women got away with the victim's cellphone and purse.

Anyone with information is asked to call Davie police or Broward County Crime Stoppers at 954-493-TIPS.