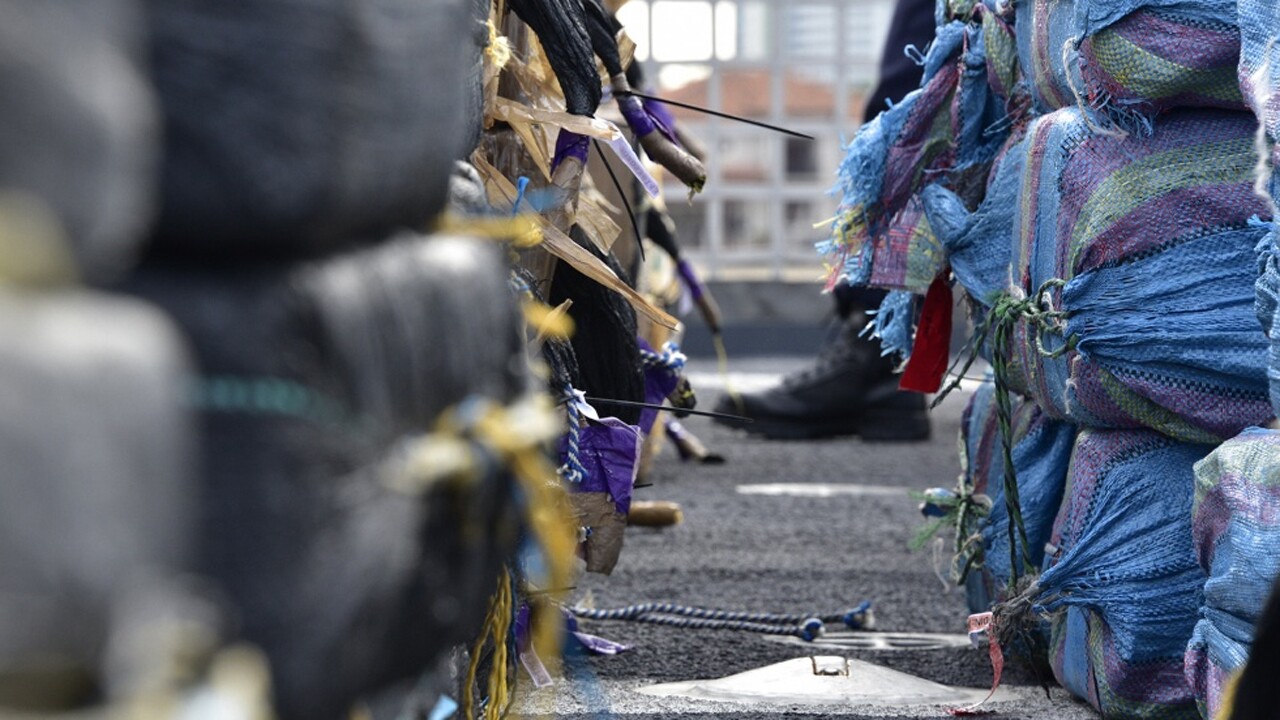 U.S. Coast Guard photo by Petty Officer 2nd Class Jonathan Lally
The Coast Guard Cutter Hamilton (WMSL-753) crew offloaded more than 18,700 pounds of cocaine, nearly 1,500 pounds of marijuana and 15 gallons of liquefied cocaine, all worth more than an estimate $324 million, April 3, 2020, at Port Everglades, Florida. The drugs were interdicted in international waters of the Eastern Pacific Ocean off the coasts of Mexico, Central and South America, including contraband seized and recovered in 15 interdictions of suspected drug smuggling vessels by nine American and Canadian ships.

FORT LAUDERDALE, Fla. — The Coast Guard offloaded a large amount of illegal narcotics at Port Everglades in Fort Lauderdale on Friday that has an estimated value of $324 million, offiicals said.

Authorities said the drugs were confiscated off the eastern Pacific coasts of Mexico, Central and South America in international waters during 15 interdictions of suspected drug-smuggling vessels.

"These seizures highlight how effective the U.S. Coast Guard and our partners are working together to disrupt the flow of illicit drugs into the United States," said Capt. Timothy Cronin, commanding officer of the Coast Guard cutter Hamilton. "Not only do we keep these harmful substances off our streets, but we chip away at the Transnational Criminal Organizations that fuel violence and instability in the Western Hemisphere. I am always proud of this crew, but to witness their resiliency and dedication while their families at home deal with the nationwide crisis has been nothing short of remarkable.”

The Coast Guard said multiple U.S. agencies cooperated and played a role in the counter-drug operations.