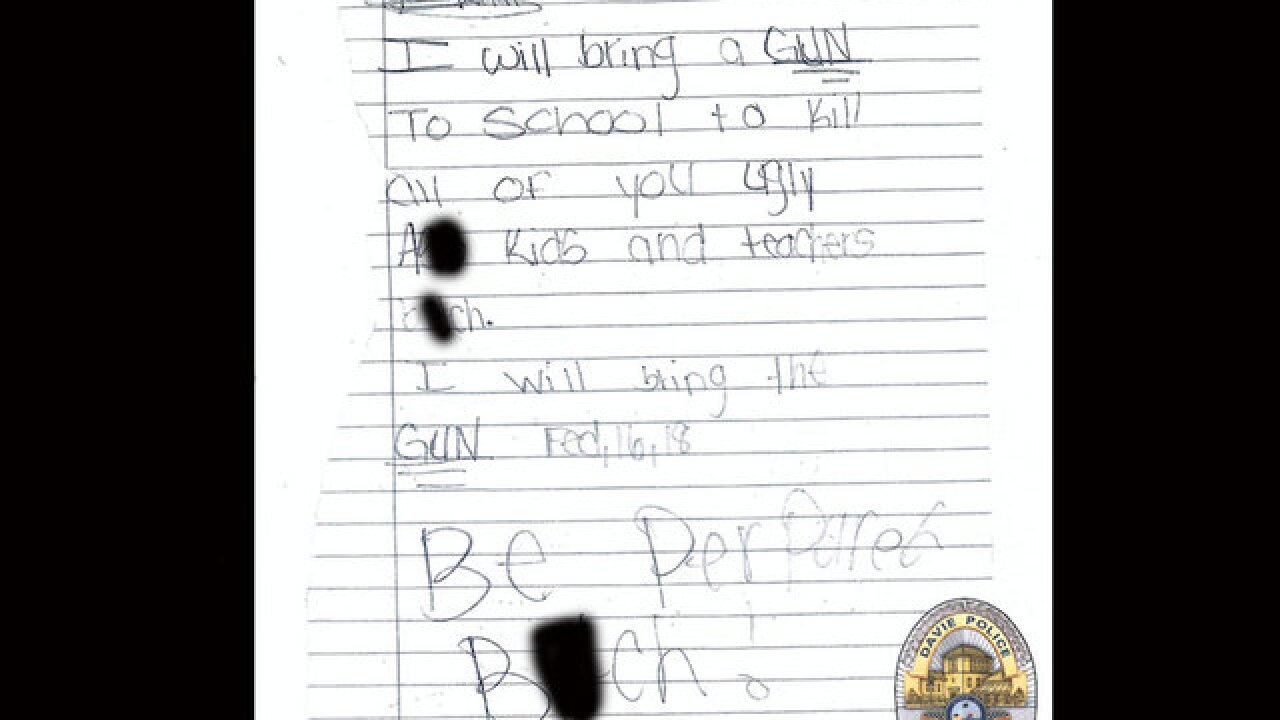 Just a day after the tragic school shooting that killed 17 in Parkland, Fla., police in the nearby city of Davie said an 11-year-girl had a menacing message for her assistant principal.

Around 9 a.m. Thursday, police said video showed the child place the note under the assistant principal's office door at the school.

Police said the 11-year-old girl was upset and crying when she provided a written confession to school administration.

The child said her friend made her write the letter to avoid getting into a fight over an argument.

She was taken into custody and transported to the Broward Juvenile Assessment Center.

Nova Middle School is about 30 minutes away from Marjory Stoneman Douglas High School, site of Wednesday's massacre in Parkland.