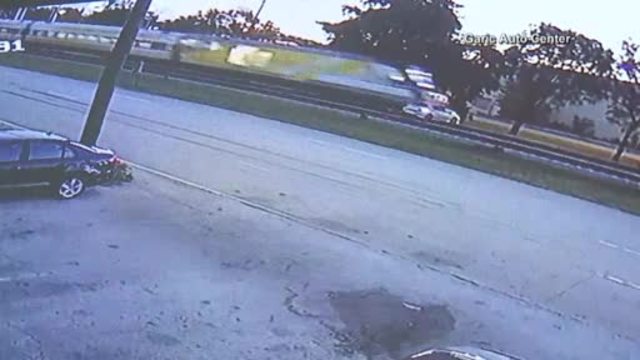 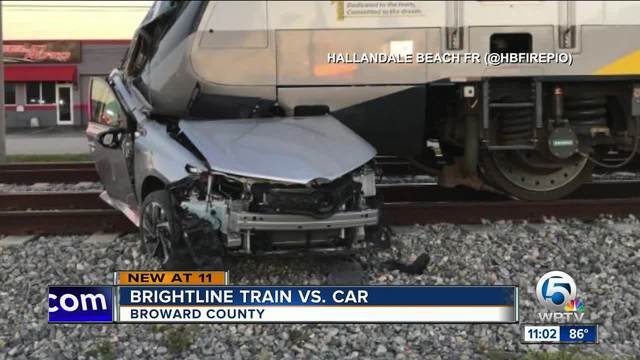 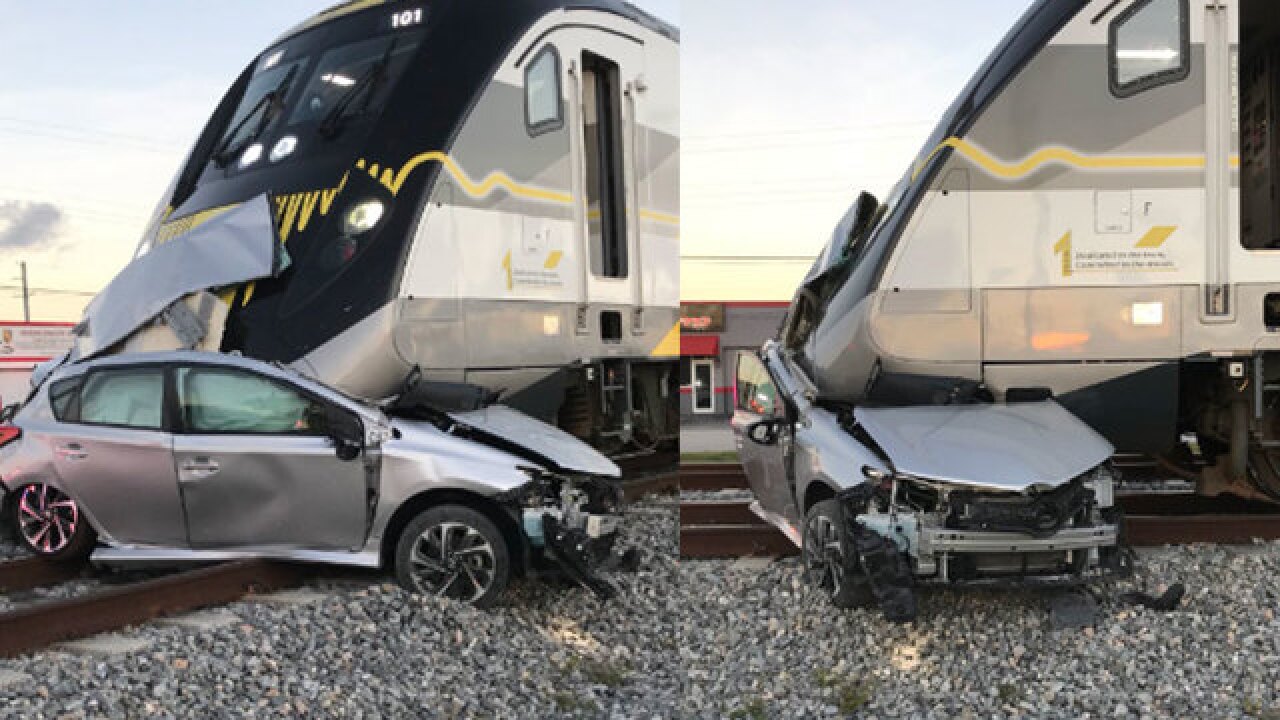 No one was hurt after a Brightline train smashed into an unoccupied vehicle Wednesday morning in Broward County.

Police later said the driver was attempting to turn onto Dixie Highway but ended up on the train tracks. When she tried to maneuver off the tracks her vehicle became wedges on a train rail.

She exited the vehicle before the train struck.

Surveillance video from a nearby business, Garic Auto Center, caught the moment the train violently hit the woman's car. (Watch Below)