After Richard Bransona announced his Virgin Group would partner with Brightline, Florida’s new higher-speed passenger rail service, a train whisked the British billionaire, VIPs and journalists from Miami to West Palm Beach in just over an hour and then back, with no problems. 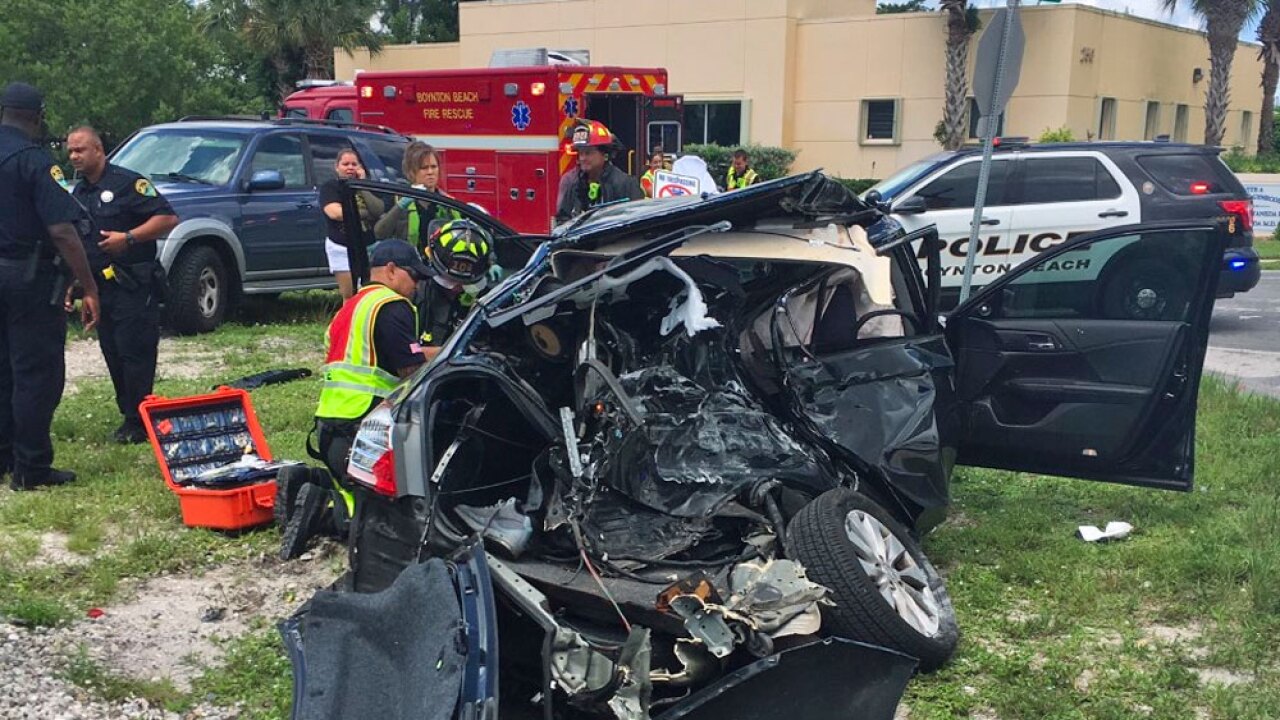 MIAMI (AP) — After Richard Branson announced his Virgin Group would partner with Brightline, Florida’s new higher-speed passenger rail service, a train whisked the British billionaire, VIPs and journalists from Miami to West Palm Beach in just over an hour and then back, with no problems.

That was likely a great relief to railroad staff who have dealt with a higher than average number of deaths involving the sleek, neon-yellow trains, which travel at speeds of up to 79 mph through some of Florida’s most densely populated cities.

The first death involving a Brightline train, which officially launched in January 2018, happened in July 2017 during test runs. Since then, 40 more have been killed — a rate of more than one a month and about one for every 29,000 miles the trains have traveled, according to an analysis of Federal Railroad Administration data by The Associated Press.

That’s the worst per-mile death rate of the nation’s 821 railroads.

None of Brightline’s deaths were caused by crew error or faulty equipment, according to law enforcement and federal reports. The majority have been suicides, while most others involved impatient motorists, pedestrians or bicyclists who misjudged the trains’ speed and ignored bells, gates or other warnings. Drugs, alcohol or both have been found in many victims’ systems.

Brightline President Patrick Goddard said while the deaths are not the company’s fault, he and his colleagues need to get the number under control.

“This is something we obsess about. ... It’s tragic,” said Goddard.

“There is nothing we would want more than for that number to go to zero,” he said.

The company is working with suicide prevention groups and will experiment with infrared motion detectors and drones to patrol tracks. The drones will have cameras to spot people lingering, as those contemplating suicide often do, and speakers through which drone monitors can speak with them. The monitors also will alert police and warn engineers.

The company is also erecting fences and plant barriers in problem areas, putting up four-way gates at major road crossings and talking with cities about eliminating side-street crossings. Signs advertising suicide prevention hotlines will be posted.

“There are few railroads you will find who have done more to mitigate these types of issues,” Goddard said.

Brightline, which is rebranding as Virgin Trains USA in partnership with Branson, runs about 17 trains each way daily between Miami and West Palm Beach — 67 miles — and plans to expand another 170 miles to Orlando by 2022. On that new segment, trains will reach speeds of 125 mph when they travel through less densely populated farmland. That same year it plans to open a line connecting Southern California and Las Vegas, with top speeds of 150 mph. It hopes to add service in Texas and other states.

The Federal Railroad Administration had no direct comment on Brightline, saying in a statement that its “top priority is safety” and that it works closely with railroads to reduce fatalities. U.S. trains fatally strike more than 800 people annually, an average of about 2.5 daily. About 500 are suspected suicides.

The federal reports filed by Brightline and other railroads after each death usually describe the following scenario: The engineer spotted someone on the tracks, sounded the horn and hit the emergency brake, but the person was fatally struck. A full-speed Brightline train takes a quarter-mile to stop.

Local police reports are much more gruesome, particularly in their descriptions of what happens to a person hit by a train. The engineer and conductor, having seen the terror or despair on the victim’s face, are often grief-stricken, detectives report. Several Brightline engineers and conductors have witnessed numerous deaths, some within weeks of each other.

Goddard said crew members get three days off after a fatality — more if requested — and can receive immediate counseling. Therapists are also being placed at worksites to make them readily available and group therapy sessions are being considered.

“Even though it is not their fault, they feel like it is ... and a lot of them suffer,” Goddard said. The company declined to make an engineer available for comment.

Why Brightline has so many deaths is unclear; other area railroads haven’t had nearly as many. The railroad shares tracks with Florida East Coast, a freight line that had one death for every 160,000 miles (258,000 kilometers) during the past two years, compared to Brightline’s one death per 29,000 miles (47,000 kilometers).

The Tri-Rail commuter service that runs nearby had one death about every 110,000 miles (177,000 kilometers). Most other urban passenger lines nationwide average at least 100,000 miles per fatality, some many times that.

“It would be noticed that it has faster speeds and that it is more lethal,” said Berman, a former executive director of the American Association of Suicidology.

Even if suicides could be curtailed, it would do little to stop drivers, pedestrians and bicyclists who dash across the tracks trying to beat the train. Brightline wants tougher state penalties for driving around gates, hoping that will give pause.

“These people weren’t thinking,” Goddard said. “To save a couple of seconds, they died.”