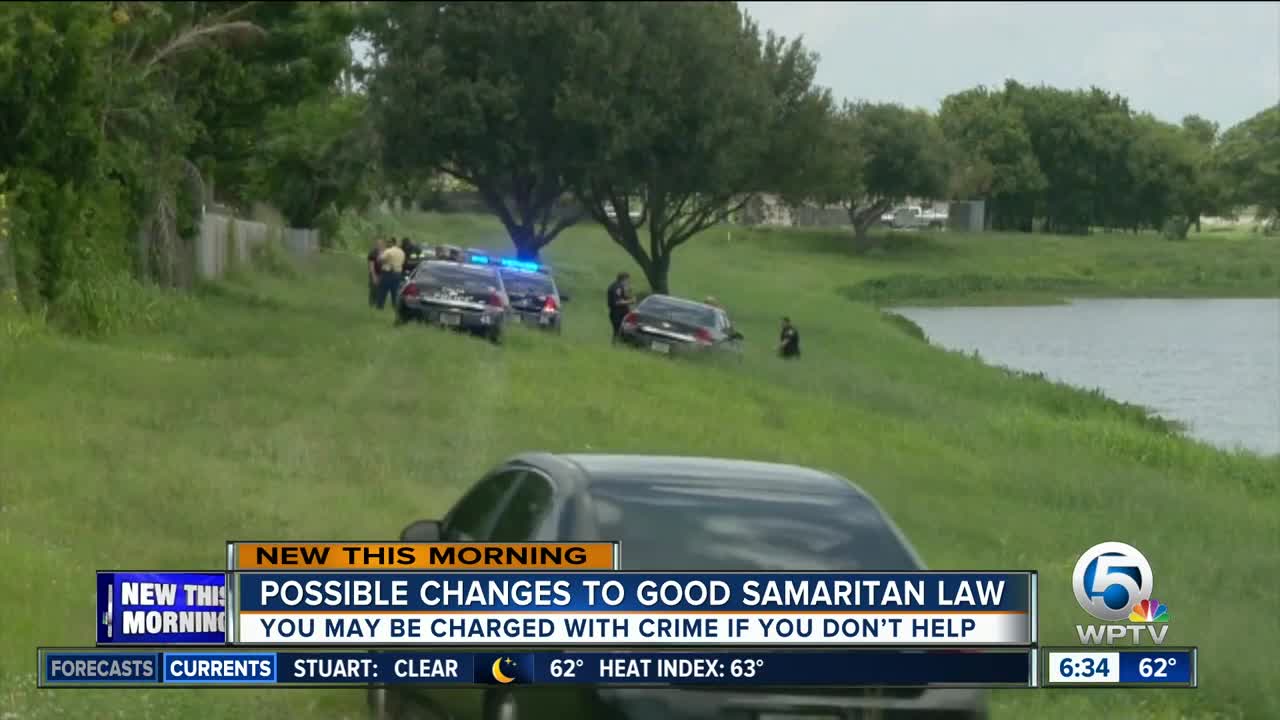 There could soon be a change to the Good Samaritan law in Florida following a death that made national headlines in 2017.

PALM BEACH COUNTY, Fla. — There could soon be a change to the Good Samaritan law in Florida following a death that made national headlines in 2017.

Two bills recently filed by state lawmakers in Tallahassee would require anyone at the scene of an emergency, who knows someone is seriously injured, to provide what is considered "reasonable assistance" -- like calling 911.

House Bill 147 filed by Rep. John Cortes of Kissimmee would require people to “provide reasonable assistance to another person who is exposed to or has suffered serious bodily injury.”

Senate Bill 800, filed by Sen. Jason Pizzo of Miami, is a similar measure.

A person could face a misdemeanor and a $500 fine if they fail to render aid.

These bills stem from a 2017 incident in Cocoa, Florida, where teenagers standing on the side of a pond mocked a 31-year-old disabled man, Jamel Dunn, as he drowned.

The 2019 legislative session starts on March 5.