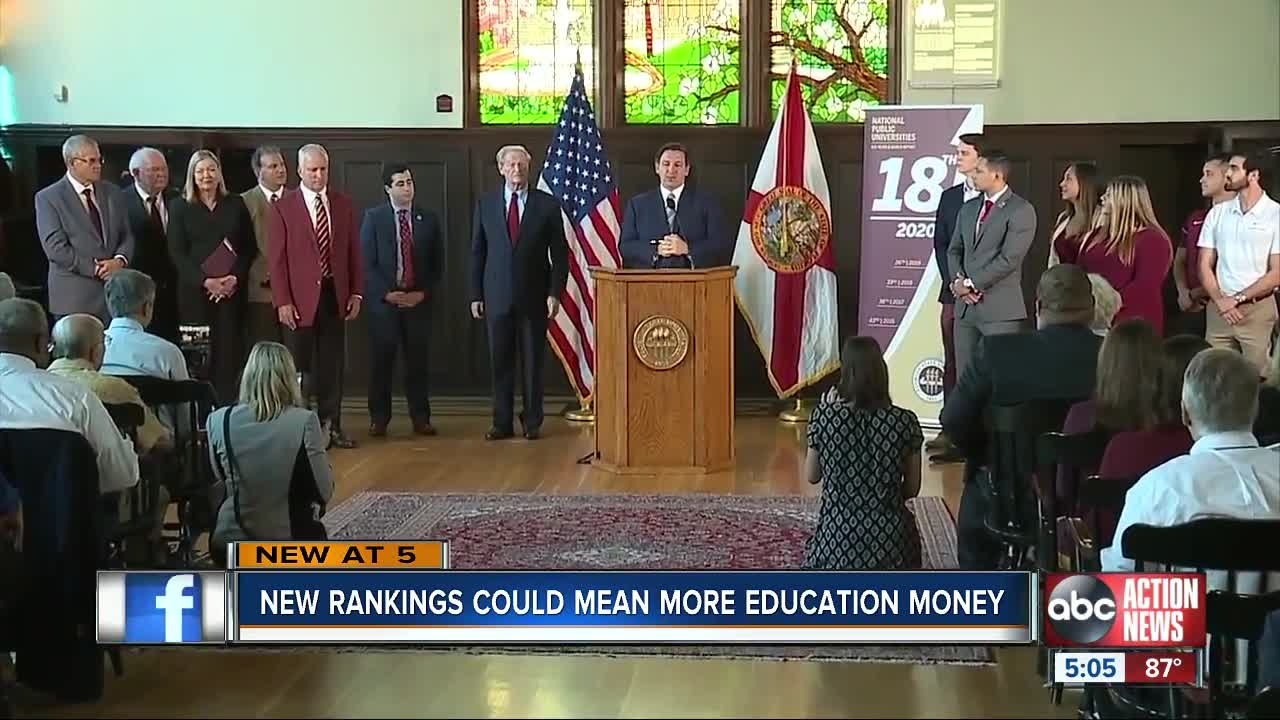 New U.S. News rankings could bring in more money for the state of Florida. 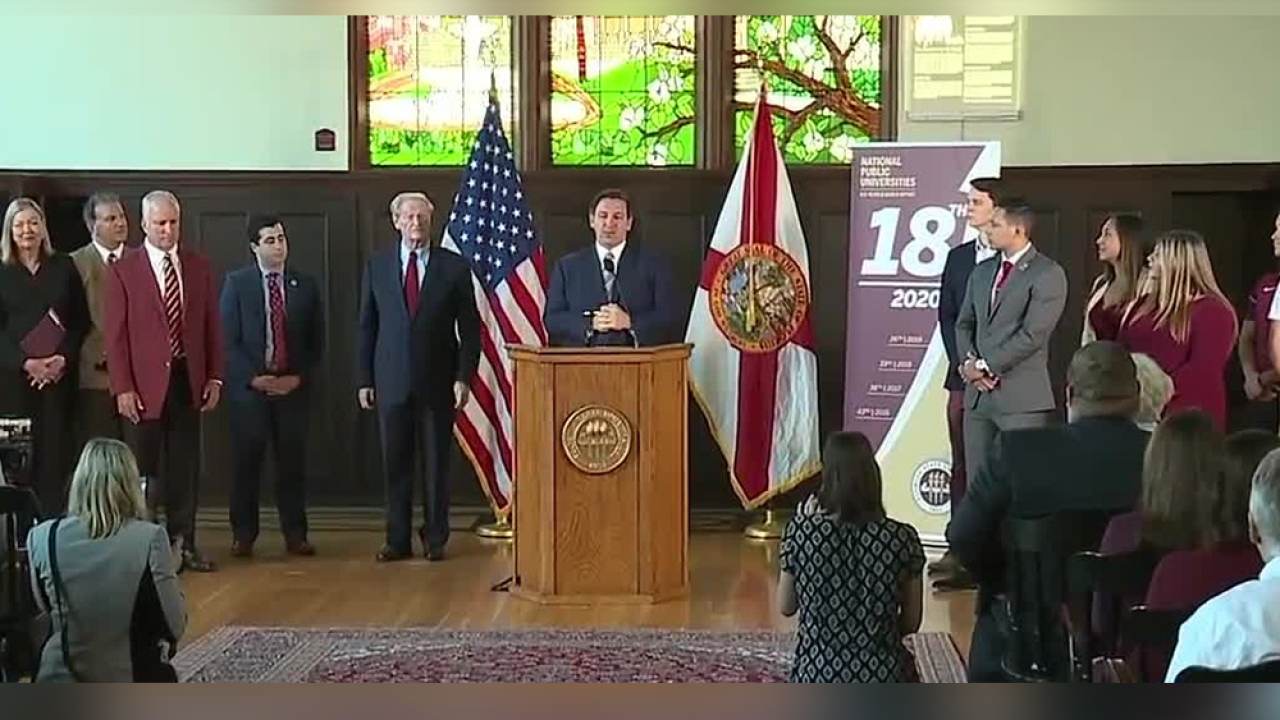 TALLAHASSEE, Fla. -- Two Florida universities are now among the top 20 in the country. That’s thanks to new rankings from U.S. News and World Report.

The list, based on things like class sizes, graduation rates, cost and more also gave bumps to the University of Florida and South Florida in the public university category. USF moved 14 spots to 44th. UF moved up a notch to 7th.

When compared to all of the nation’s universities, the University of Florida ranked 34th. Florida State and Miami were tied for 57th. USF and UCF were 104th and 166th, respectively.

U.S. News has also ranked Florida as the top state in the nation for higher education for the third year in a row. That report was released in May.

Governor Ron DeSantis, who visited two of the schools Monday, called the change significant. He expected students and the state’s economy would benefit.

“The number one thing that people are looking at in terms of investing in Florida — the taxes are priced in, the weather,” he said. “But, it really is just the talent. When they see universities ascending, that creates confidence that if I move a bunch of jobs here, we’re going to have good folks.”

Sen. Bill Montford (D-District 3), the vice-chair of the Education Committee, figured the rankings would also be a boon for higher education funding in the upcoming legislative session. He said schools are looking for infrastructure support and competitive wages for teachers.

“That requires money,” he said. “But, we know that when you spend money in education, it’s an investment.”

Lawmakers could be talking about higher ed funding in a matter of days. A joint House/Senate panel is set to convene on Thursday to discuss some of the big-picture aspects of next year’s budget.