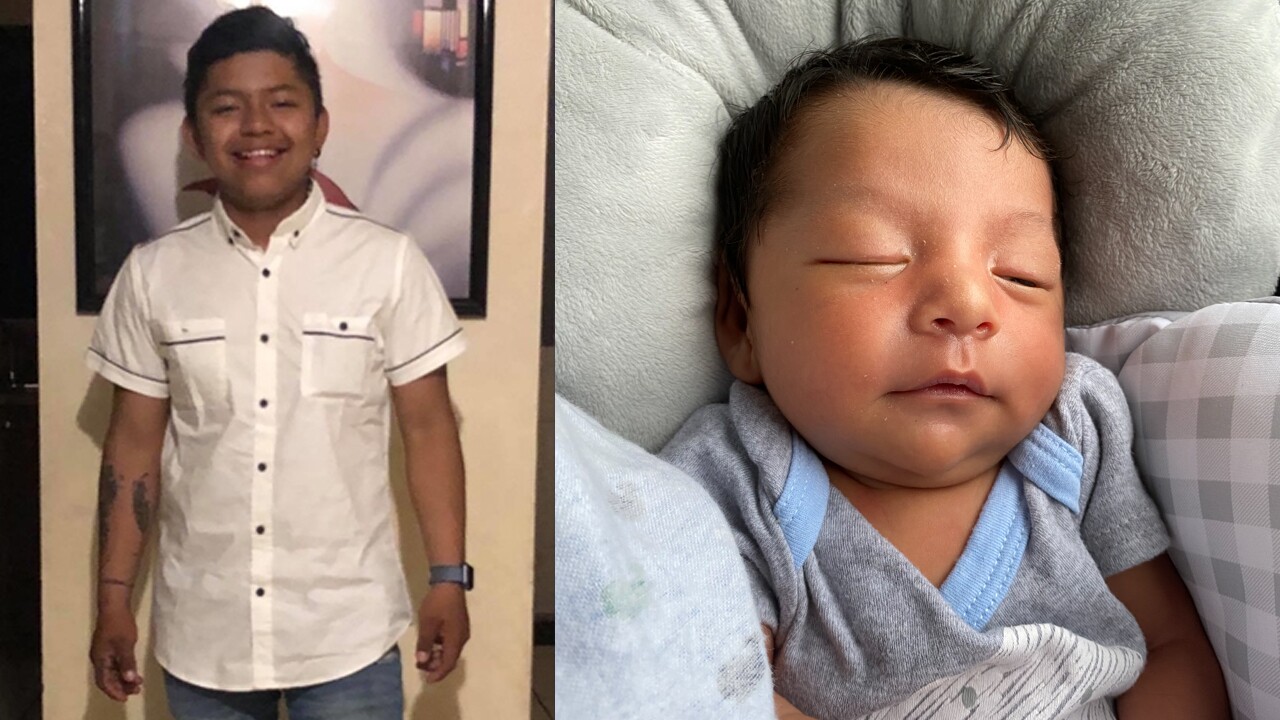 The Coconut Creek Police Department has issued an Amber Alert for a missing two-week-old child.

The Coconut Creek Police Department said Monday evening that the missing two-week-old child who was the subject of an Amber Alert has been found and is 'preliminarily Ok.'

The baby's teen father is in police custody in Apopka, near Orlando.

Police said that at 2:30 p.m. officers responded to the 4900 block of Fisherman's Drive in Coconut Creek to investigate a domestic dispute

According to police, the suspect, 17-year-old Jonathan Garcia, forcibly removed his son, Joshua Pachon Quinteron, from his mother.

Witnesses told investigators that Garcia was seen hitting and shaking the child as he was running away from the scene.

Investigators determined that Garcia took an Uber ride with the child to Oakland Park.

He was last seen exiting the Uber with the child near the intersection of NE 10th Avenue and NE 38th Street in Oakland Park.

The child was entered into the state and national missing and endangered child database and the Amber Alert was issued.

Police said in a tweet Monday evening that the child will be checked out at a hospital.

Update on our #AmberAlert. Suspect in custody in Apopka, which is outside Orlando. Baby is preliminarily okay. Child will be checked out at hospital.