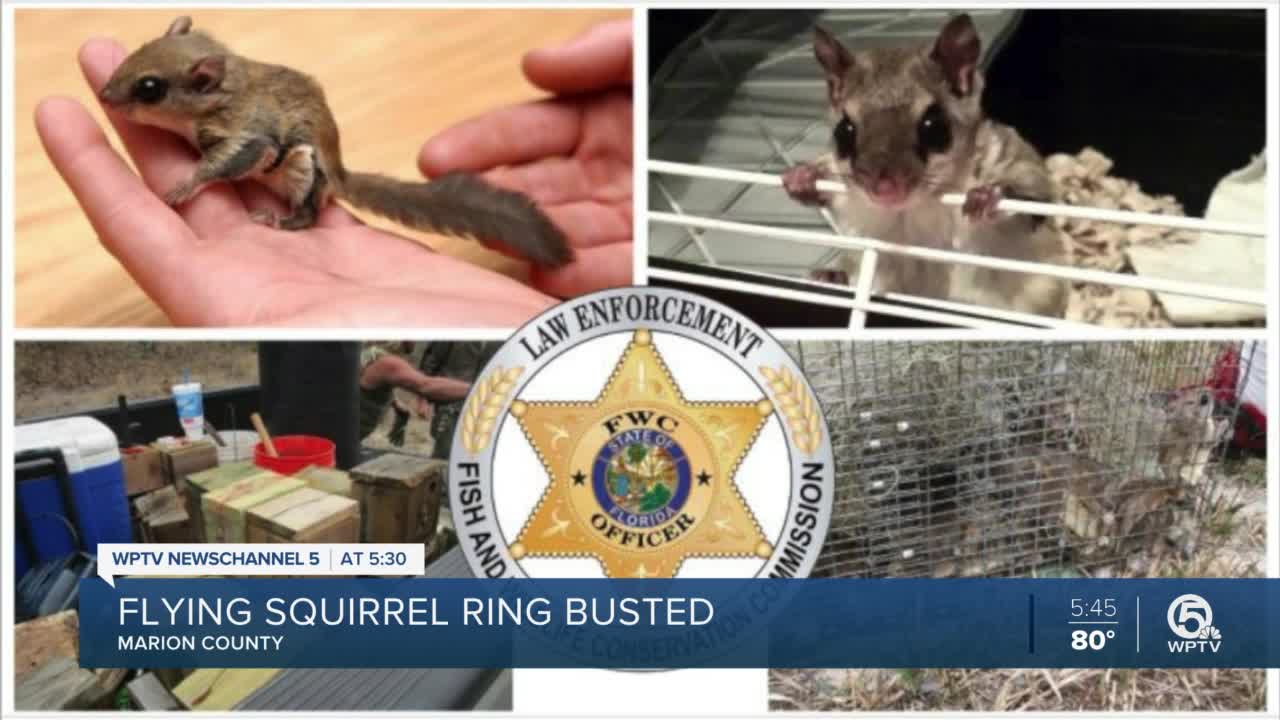 The Florida Fish and Wildlife Conservation Commission said the squirrels, which are protecting wild animals, were being caught in multiple counties throughout Central Florida.

Investigators said the animals would then sold to a wildlife dealer and laundered a licensed business to make it appear the squirrels were bred in captivity.

Officials said the poachers used as many as 10,000 squirrel traps, capturing as many as 3,600 of the animals in less than three years.

Buyers from South Korea would travel to Florida and purchase the flying squirrels from the wildlife dealer, according to the FWC.

During the investigation, officials said the suspected poachers were also dealing other species, including protected freshwater turtles and alligators.

Suspects charged in the case include: