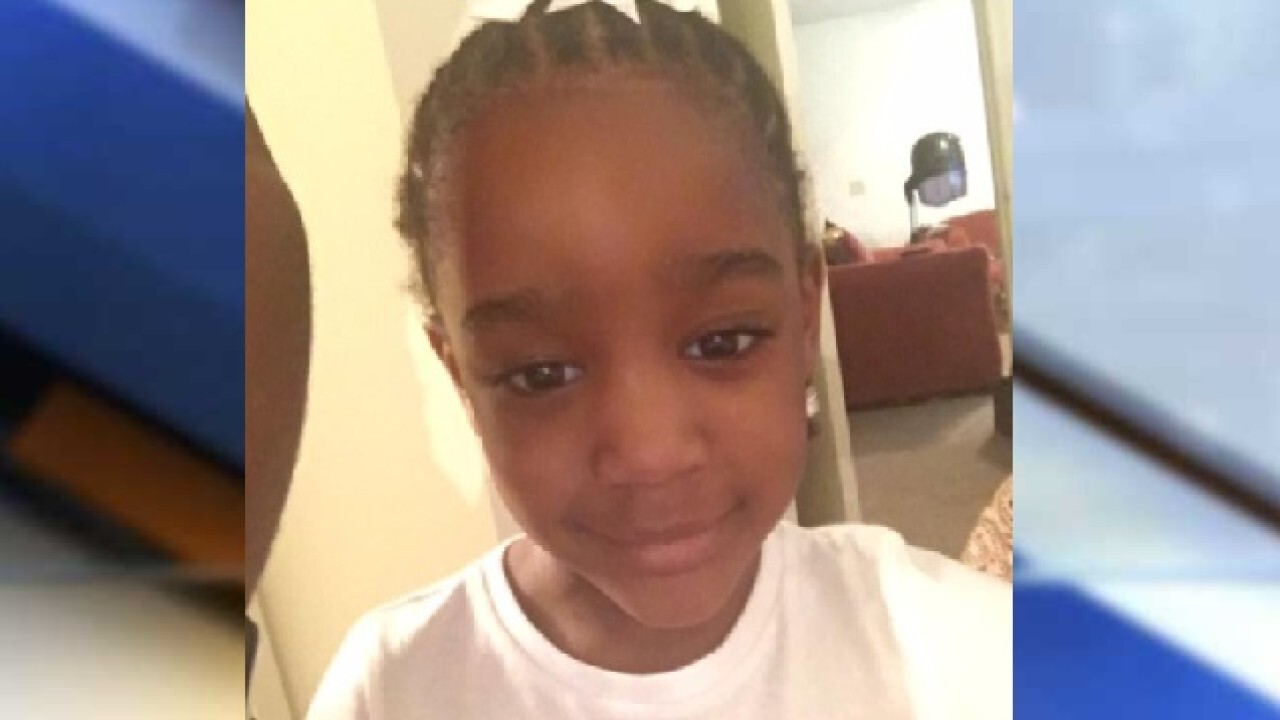 JACKSONVILLE, Fla. (AP) — Florida Crime Stoppers is offering a reward of up to $3,000 to anyone with information about the whereabouts of a missing 5-year-old girl.

First Coast News reports the girl was last seen around midnight, but she was not in her room when her mother Brianna Williams checked on her around 7:20 a.m. Wednesday. She also found the back door was unlocked.

More than 100 police officers, firefighters and people in the community have searched for the little girl.

The television station reports Williams isn't considered a person of interest and her father lives out of state. Authorities say her family is cooperating in the investigation.

An Amber Alert was issued on Wednesday.