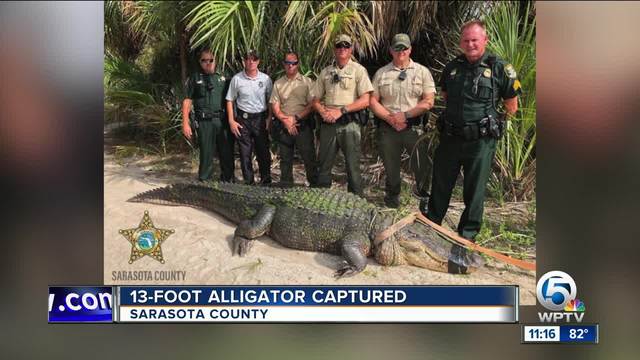 A 13-foot alligator was captured in Sarasota County by deputies. 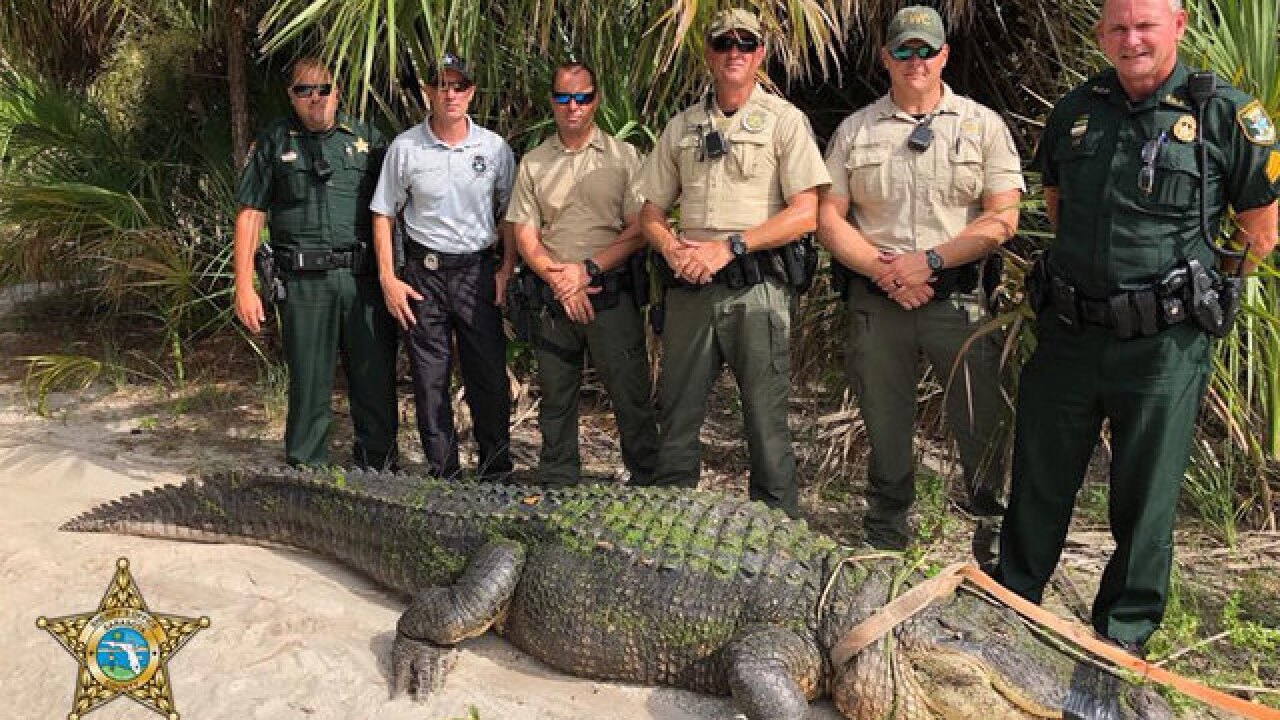 According to the Sarasota County Sheriff's Office, a 13-foot gator was spotted at Shamrock Park near Venice.

Law enforcement said the gator was captured as part of an investigation being conducted by the Florida Fish and Wildlife Conservation Commission.

SCSO said several people used a winch to pull the gator safely from the water before it was taken away by the trapper.

An animal services supervisor, who had been with the sheriff's office 20 years, said this may be the largest gator he had ever been called to remove.

The Facebook post of the alligator, along with the men who helped capture it, has received more than 3,000 shares in less than 24 hours.