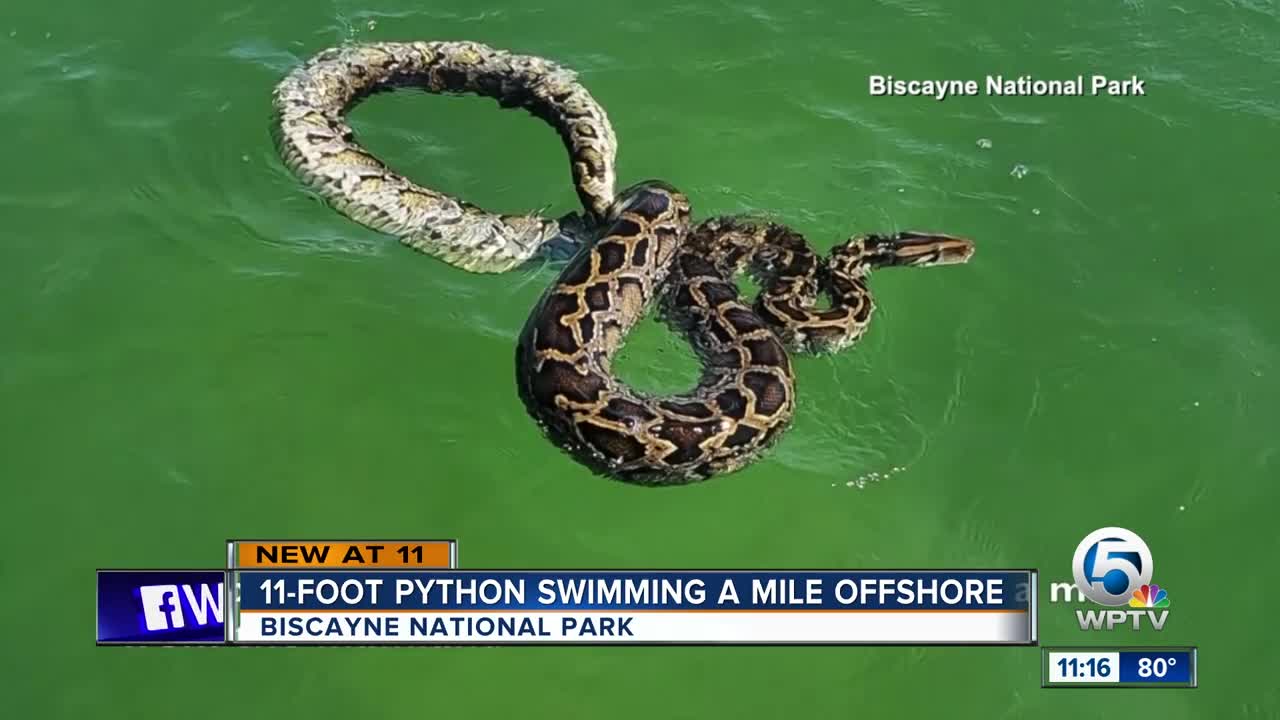 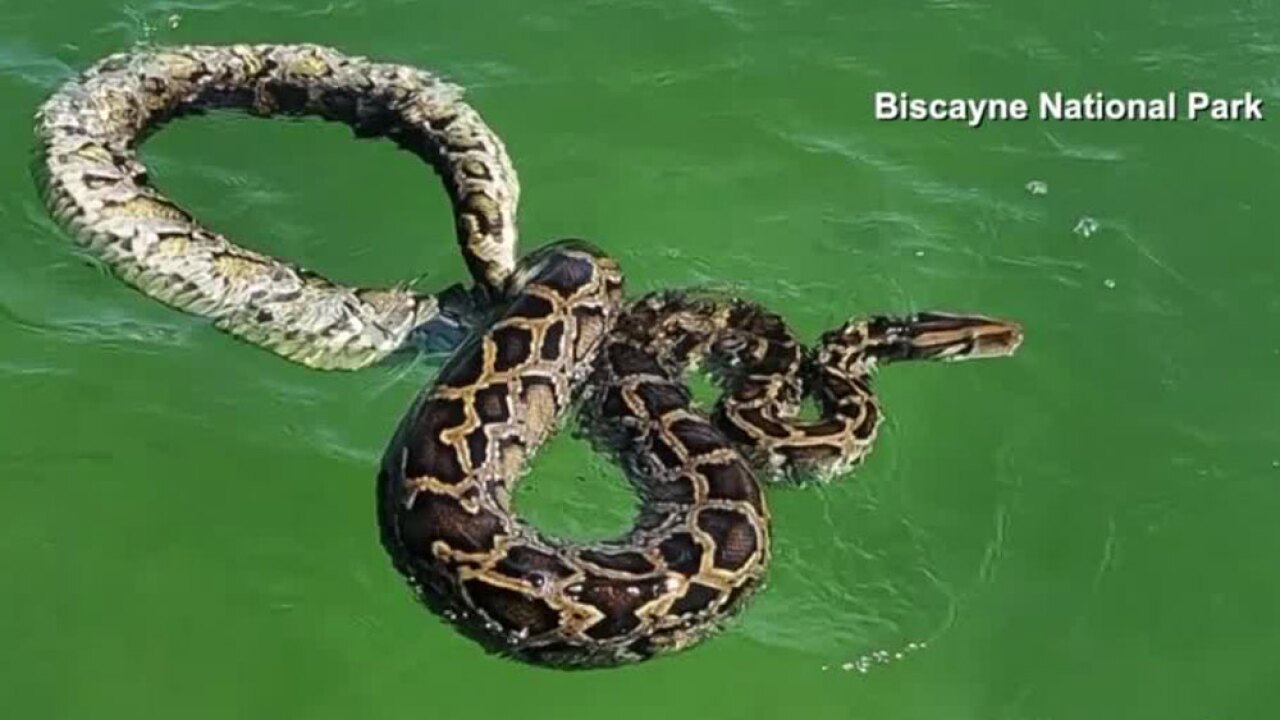 Imagine coming across a huge snake while swimming in the ocean.

Workers at Biscayne National Park say just this week they found an 11-foot Burmese python more than a mile offshore.

The park posted that biologists netted the snake so it could be safely captured and removed.

Burmese pythons can be found around South Florida and the state has been expanding a python elimination program.

The state is also working with the federal government to expand the lands snake hunters are allowed on.