Volunteer speaks out about safety concerns after woman's death at Humane Society of St. Lucie County 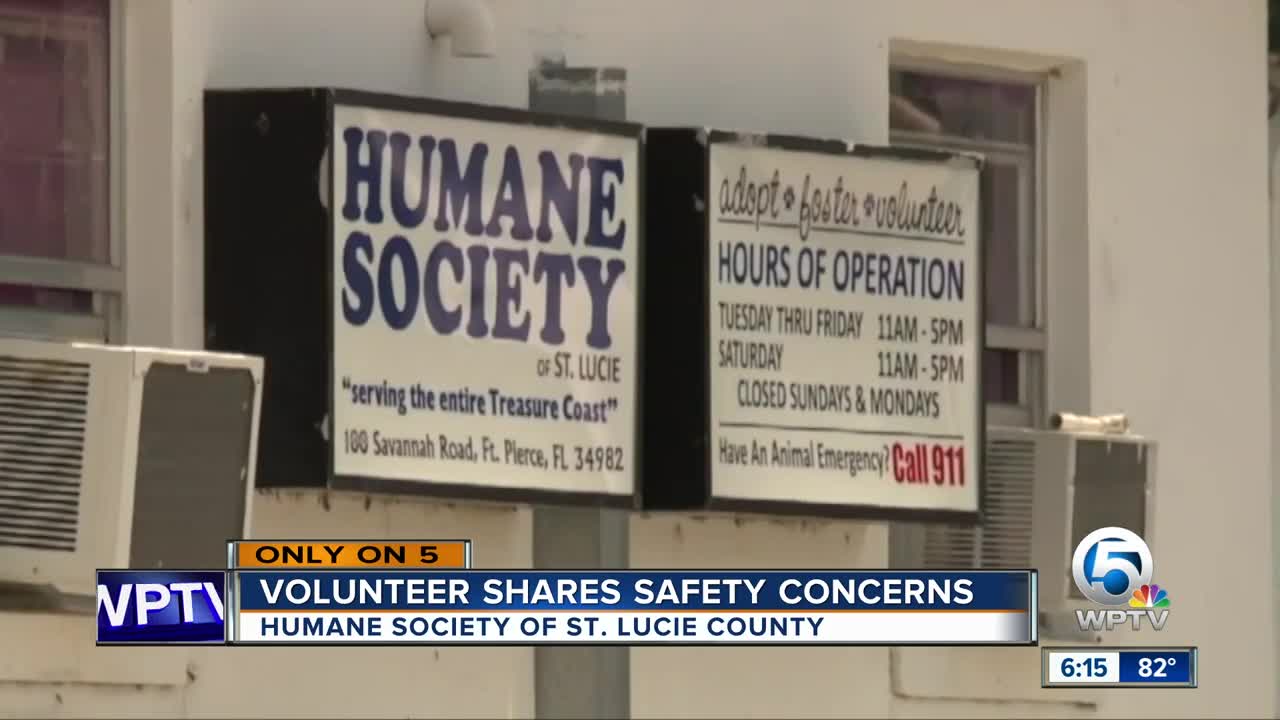 A devastating discovery at the Humane Society of St. Lucie County this year still sticks with Dale Mutchler.

Mutchler is the volunteer who found the body of Christine Liquori after investigators say she was mauled to death by a pit bull mix on May 9.

"It is such a horrible thing that she passed and the way she passed," Mutchler said, describing Liquori as a lovely person who loved animals.

Nearly three months after Liquori’s death, Mutchler decided to speak out, saying he still has concerns about safety for volunteers at the shelter.

Mutchler said he began volunteering around the beginning of the year, multiple times a week.

On May 9, he went to volunteer at the shelter like he would any other day. He walked inside, signed in, and walked back to the dogs to start handing out 'cookies.'

"I walked up probably about three kennels and noticed a dog was missing," Mutchler described, first assuming the dog somehow escaped its cage.

He started searching for the dog and asking the skeleton staff if they knew where the dog was.

Minutes went by before someone gave him a clue as to where the dog might be.

“One of the girls said I think there’s a volunteer here, maybe she has the dog here. I said who is it? She said I don’t know,” Mutchler said.

That is when he decided to take his search outside to the play areas.

“I saw the dog. I got closer to the gate and I saw Ms. Liquori on the ground,” Mutchler said. “I already knew something went really wrong. I did check to make sure if she was still with us or not and she wasn’t."

“As I was running back, I ran past one of the kennel workers and I was screaming at that point 'get me help, get me 911. Get me help immediately,” Mutchler said.

Within a few minutes, Mutchler said Executive Director David Robertson called 911. It was too late for Liquori to be revived.

“We don’t know how long she laid there. We don’t know if or when someone would have found her if it wasn’t for me,” Mutchler said.

“We have to make sure nobody comes out here alone anymore with a dog. I don’t care if it’s a worker or a volunteer or anyone,” Mutchler told management. Among other ideas, he also recommended having a spray outside for volunteers to grab quickly in an emergency, even just to buy seconds of time to escape.

He returned each day hoping to see new safety improvements.

“[Robertson] said he was absolutely going to look into it, on this right away, we can’t allow this, this is totally unacceptable. They’ve never done a thing up until still even today,” Mutchler said.

Since then, Mutchler said the Humane Society of St. Lucie County put out a safety table where volunteers are to sign in, and can grab an air horn and a walkie talkie.

In once instance, Mutchler said he tested the walkie talkie and no one responded on the other line.

Volunteers also say there have been more new hires to increase staff.

While Mutchler says it’s a start, he says there still needs to be more safety options. He wants to know all of the outside cameras are repaired. He wants to see signage telling people they can not take a dog outside alone. He wants management to have a meeting with volunteers to explain every safety procedure, which he said never happened after the death of Liquori.

“I think it’s up to us as the public to say enough is enough. We need to get the right people in there,” Mutchler said.

It’s had an impact on volunteers, which he fears, impacts the animals.

“They have since the incident probably all but left," said Mutchler. "We have probably 4 honest volunteers that come and still walk dogs because they really believe in the dogs.”

Most of all, he wants to stress there are wonderful animals who need homes. He hopes people will volunteer to still care for these animals, and help them find families.

Robertson told WPTV’s Meghan McRoberts in an email he will consider showing more of their safety measures or plans they are pursuing after asking permission from board members at their August meeting.

HOW CAN YOU HELP THE ANIMALS:

You can view the Humane Society of St. Lucie County’s Amazon wish list by clicking here.