There is a push for Vietnam Veterans who were exposed to the toxic chemical Agent Orange to speak up now about their health concerns. 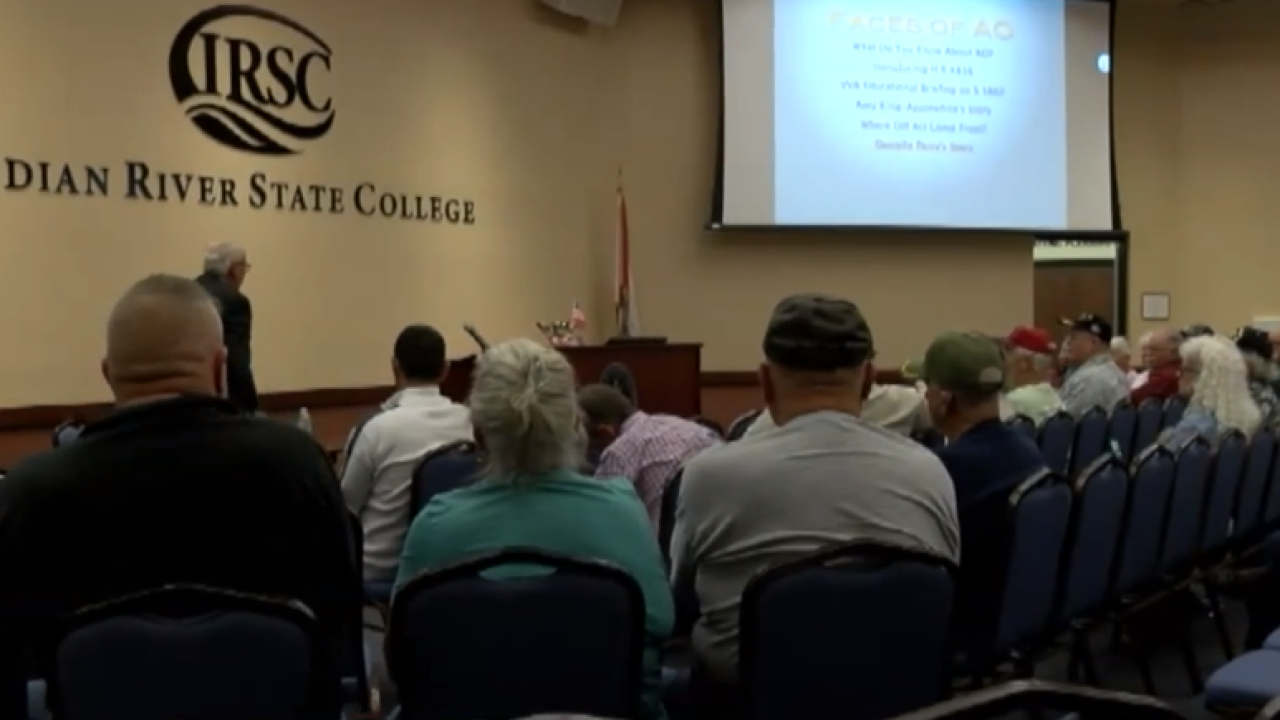 ST. LUCIE COUNTY, Fla. — There is a push for Vietnam Veterans who were exposed to the toxic chemical Agent Orange to speak up now about their health concerns.

Vietnam Veteran’s of America Bureau Chief Marc McCabe visited Okeechobee Thursday to encourage veterans to file claims if they feel they were made sick because of Agent Orange exposure in Vietnam.

McCabe explained they try to visit rural areas where aging veterans might not have the same access to resources to help them.

McCabe says time is of the essence for veterans to file claims now, as a new group of veterans will soon be eligible for reimbursement.

Currently, McCabe said Vietnam Veterans who served in "brown water" in Vietnam, which is the inland waters, could be considered for presumed Agent Orange exposure.

In January 2020, veterans who served in ships as far as 12 miles offshore will also qualify.

Agent Orange exposure is tied to more than 50 conditions as a presumed cause of illness, ranging from heart problems, cancer, and birth defects.

“Personally myself, I’ve had two bouts of cancer including Leukemia. I'm in my 14th year of remission for that. I also have prostate cancer which has expanded to my lymph nodes, so I fight the same battles every other veteran does,” McCabe said.

Former Marine Daniel Hunt has filed a claim and receives benefits for the health problems he has tied to Agent Orange exposure.

“Neuropathy, little pins, and needles in your feet and you look for a needle and it’s not there. Type II diabetes, which is connected to that. Ischemic Heart Disease, which is kind of like an enlarging of the heart.”

Claims can be filed through the Veterans Administration by clicking here.