Turnpike widening project in the future for the Treasure Coast

37-miles from Jupiter to Fort Pierce 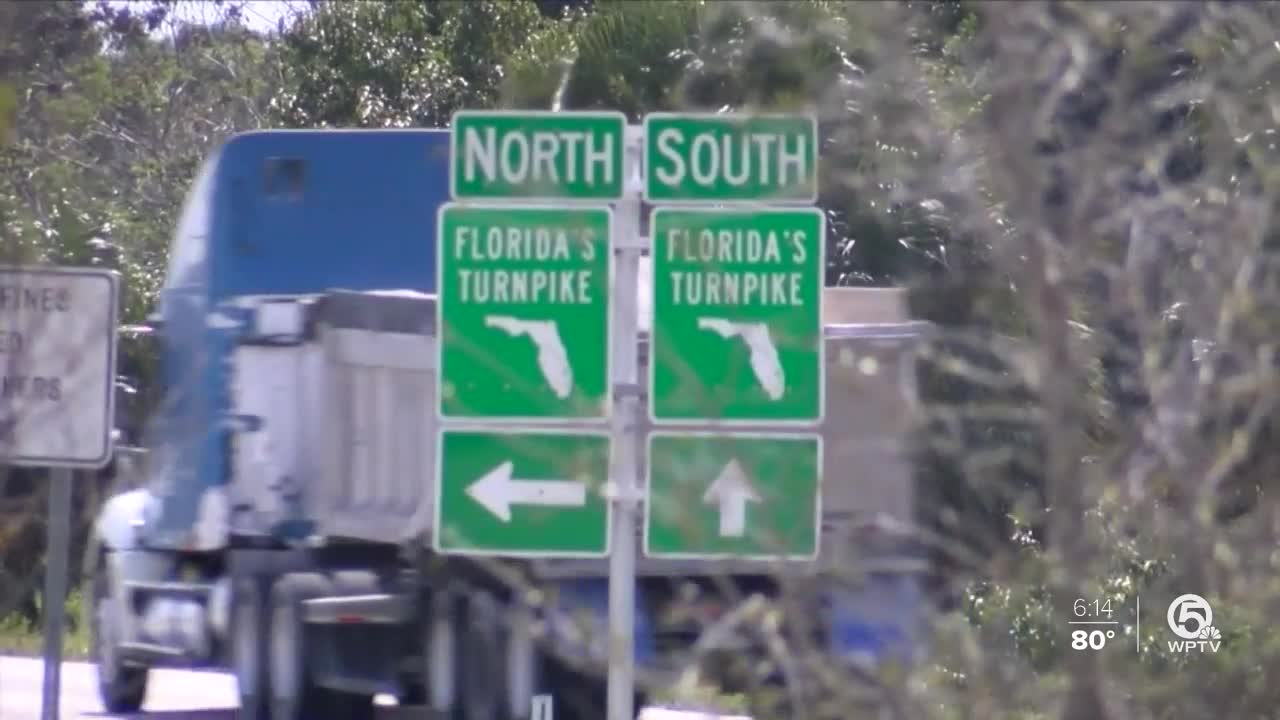 2 million drivers use the Florida Turnpike every day, but on the Treasure Coast, it's only two lanes each way. That can be an issue during hurricane evacuations, but there are plans to widen this busy stretch of road.

ST. LUCIE COUNTY, Fla. — Two million drivers use the Florida Turnpike every day, but on the Treasure Coast, it's only two lanes each way. That can be an issue during hurricane evacuations, but there are plans to widen this busy stretch of road.

The Florida Turnpike is the self-proclaimed “less stressway.”

“(Interstate) 95 a lot of times winds up becoming congested enough to ‘okay what’s the alternative’, says Rob Macdowell of Orlando.

But many people who drive the turnpike on the Treasure Coast would like to see more elbow room.

“I believe the traffic of trucks is too heavy and if you had more lanes you could be safer," said Antonio Bavaresco.

That’s something the Florida Department of Transportation is considering. FDOT has plans to widen the 37 mile stretch of Turnpike between Jupiter and Fort Pierce where there are currently only two lanes in each direction.

“It’s like as soon as you get on it and you start riding it gets congested. Three lanes would probably make a whole lot sense better than two," said Pam Dukes of Baltimore.

“The road needs to be much wider and you need to watch out for them you have to drive defensively," said Elsworth Watts.

says it is planning for the projected growth over the next 25 years and note the turnpike is also a major hurricane evacuation route for Southeast Florida.

There are two public participation events coming up soon. One on February 27th at IRSC in Martin County. The other March 5th at the Port St. Lucie Civic Center. Both meetings start at 5:30. An FDOT spokeswoman would not release any details on the plans Tuesday including how many more lanes would be added and would there be new interchanges.

As to when the actual work would begin, that could be a ways off. A final study on this project will be completed early next year.