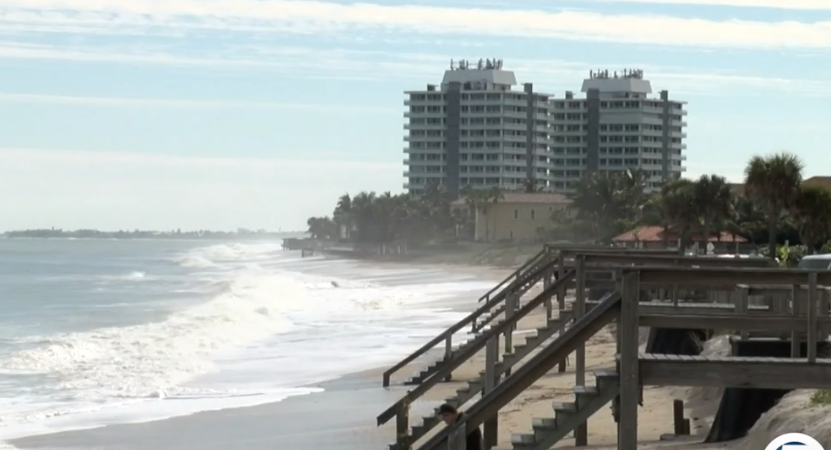 Red flag warnings out at several beaches across our area, as rough surf continues to pound the coastline. 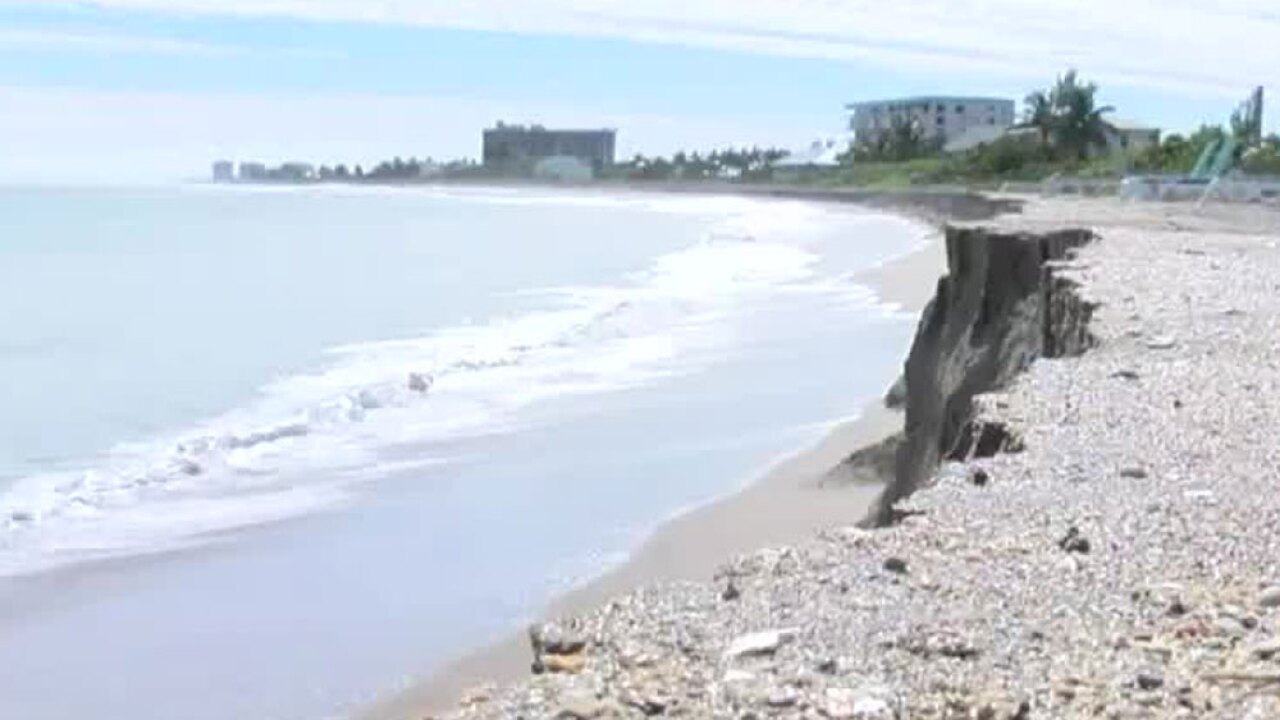 ST. LUCIE COUNTY, Fla. — Leslie Anderson and Tina Evans both live in Fort Pierce, and even they were amazed at what they saw at the south end of the Fort Pierce Inlet Monday.

“The drop off, the erosion.. it’s nasty.. they keep fixing it," said Anderson. "It’s crazy, but it just keeps happening," added Evans.

As a nor’easter pulled away, beach erosion could be found up and down the Treasure Coast.

A St. Lucie County spokesman says between now and the end of spring, St. Lucie County will embark on about a $2 1/2million emergency beach renourishment program in the area south of the inlet.

In Martin County, where Bathtub Beach was closed late last week, work is being done to shore up the dunes that were built up a few years ago. This popular spot always deals with erosion, but what’s different this time is that Mother Nature took a chunk out of the dune line to the south of the pavilion. Usually most of the impact is to the north.

At Chastain Beach, a few paddles away from Bathtub Beach, it was a day to take advantage of the surf.

“Prevailing winds are out of the west offshore, makes it extremely clean and perfect conditions for a happy day," said surfer Brian Mitchell.

In Vero Beach, the city’s public works director says there were no real issues for them. Hurricane Dorian had prompted some dune repair work in September.

At Tracking Station Park in Indian River County, that beach was closed a few weeks back for a beach renourishment project, a project that will continue until just before Christmas.