Tiny bug can help you preserve your citrus trees 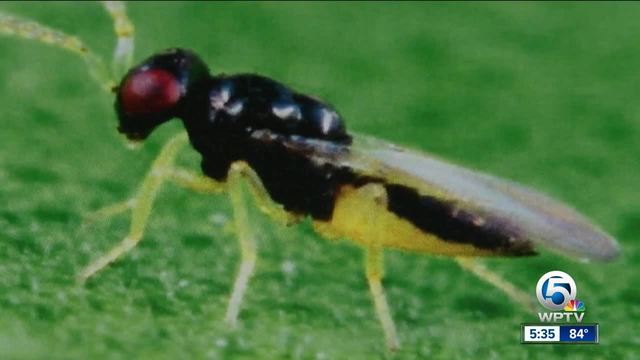 The bug could be the next step in the effort to rescue Florida's citrus industry. 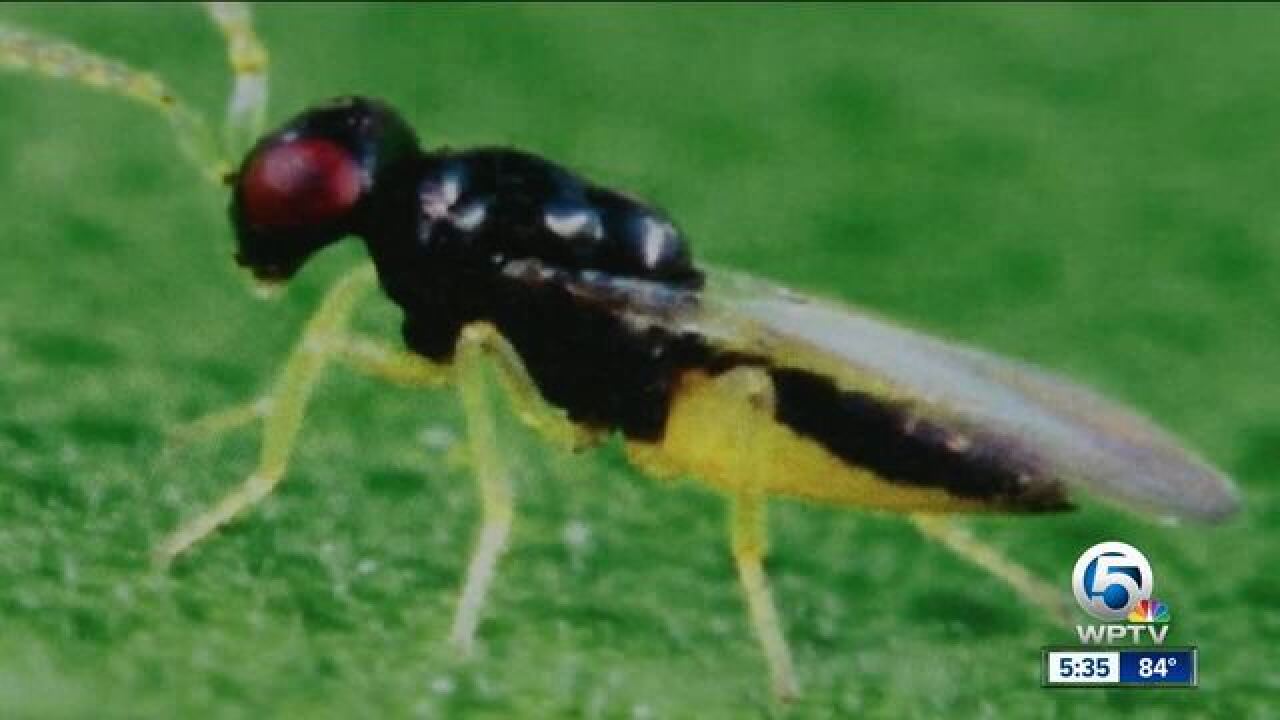 With Florida citrus production at its lowest level in decades, scientists are doing what they can to find ways to slow citrus greening, which right now as no cure, and has killed thousands of trees.

"See it there, that's when they're inside the leaf," says Marino as she points at a wilted leaf on a lemon tree.

This master gardener then learned of a new program from the University of Florida’s St. Lucie County Extension Office.

Urban Horticulture Agent Kate Rotindo says they’re working with the State Department of Agriculture to release tamaraxia wasps.  The wasp is a natural predator of the Asian citrus psyllid, that has crippled the citrus industry.

Before you think horror movies, the wasps are the size of a pencil point, and don’t sting.

But as to whether these insects could be used on a much larger scale, that's not really viable.

“The wasps would have to be the size of a pterodactyl to take care of all the psyllids that are out there," said Dan Richey with Riverfront Packing.

Richey says the bug though is an important kit in their toolbox.

“Clearly if we can put a wasp in the field that can take care of a portion of the population, that’s an asset to us," said Richey.

Lyn Marino noticed a change when she released the wasps onto her trees.

“It just blossomed and filled in. I got all these really big leaves.”

And Dan Richey says if psyllids are lurking in backyards, homeowner help is a plus.

“Those psyllids will fly to grove so we can do all we can in the grove and if homeowners aren’t making any effort we’re not getting a lot of headway on the disease," said Richey.