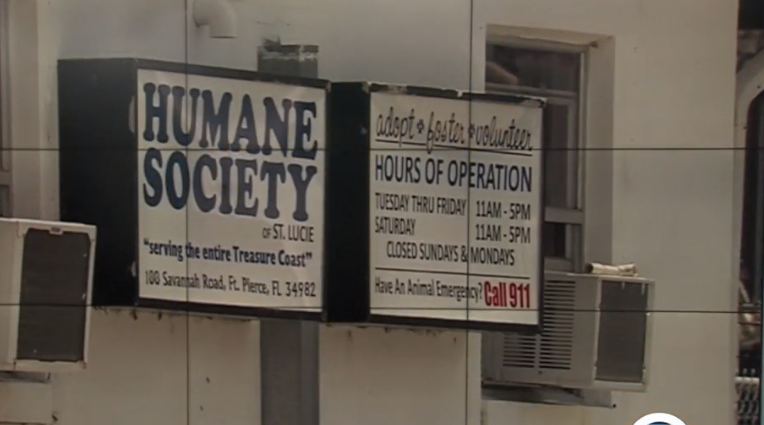 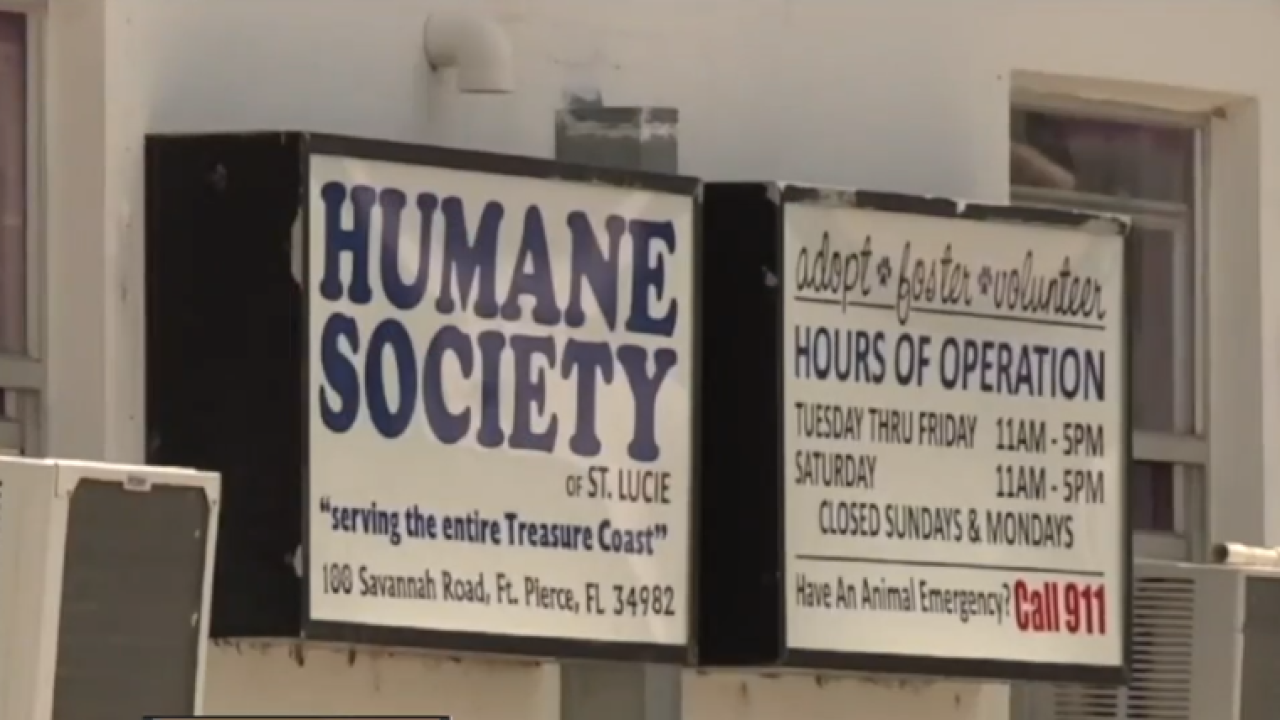 ST. LUCIE COUNTY, Fla. — Leadership from the Humane Society of St. Lucie County are now opening up, saying they want to tell their side of the story after a few rough weeks involving failed contract negotiations and the opening of a criminal investigation at their Fort Pierce location.

Vice Chair Steve Navaretta said he agreed to speak for a couple of reasons.

“There’s a lot of misinformation in news stories and misinterpretation of events,” Navaretta said. He also says recent negative news coverage hurting their efforts to improve. "One of the reasons we decided to get together with you is that all of the perceptions that are out there and the reporting have been very detrimental to our fundraising."

He touched on various topics below:

“The most recent misinformation is that we’ve been refusing to accede to some of the requests of the jurisdictions, that we have withheld information, that we are not cooperative,” Navaretta said.

That includes city commissioners in Fort Pierce asking shelter management to speak to them at a meeting with updates on operations at the shelter, and discuss the death of a volunteer, Christine Liquori, who was mauled at the shelter in May.

Navaretta explained that for legal reasons, they have been advised not to publicly speak about the death.

But, city officials in Fort Pierce said they were not getting all of the information from the shelter they had asked for in negotiations, which are at an impasse. The City of Fort Pierce said it would require several items from the shelter to be able to continue discussions, which included receiving the operational review conducted by Best Friends Animal Society. This request was detailed in a letter sent by county and city leaders to shelter management dated June 28.

On July 18, Navaretta’s wife, Mary Jean Navaretta, who is chairmanwoman the Board of Directors for the Humane Society of St. Lucie County, stated in a response that “The summary document will be a confidential document prepared for us and our use,” contributing to the impasse, according to city leaders. However, Friday, the Navaretta’s released the review to the public.

Fort Pierce has said they can not meet that demand and are working to explore legal ways to cut ties with the shelter.

“We’re willing to sit down and discuss a reasonable contract,” Navaretta said.

The report by the Best Friends Animal Society stated that compared to other jurisdictions, other communities do contribute more funding to their shelters than what is being paid to the Humane Society of St. Lucie County.

“Payroll alone exceeds the total contributions of the three agencies.” But, if all of the jurisdictions back out, Navaretta said he is not sure the shelter could operate independently, without government contributions. The mortgage on their Port St. Lucie location adds to their financial burden, which they would continue to carry even if they do not have to take on the responsibility of sheltering the cities' and county’s animals.

“[The mortgage] certainly adds to the operating costs, but the way we look at it we’ve been able to save or at least give a second chance to so many more animals,” Navaretta said.

Navaretta also admits the management and board members with the Humane Society of St. Lucie County need to bring more money to the table, too.

Fort Pierce city officials said the Humane Society of St. Lucie County only brought in $103 between January and July from its own fundraising efforts.

Historically, Naveretta said the Humane Society has relied on bequests to meet monetary needs. “The bequests have been the fundamental outside contribution,” Navaretta said.

However, Navaretta said waiting to be listed in someone’s will is not a reliable source of income. He says they are trying to explore more fundraising options.

“How do you fundraise properly and effectively in the current environment?” Navaretta said.

The current environment he referred to is the negative attention following the volunteer’s death, the financial struggles, and most recently, the opening of a criminal investigation.

Navaretta said he is unaware of why the shelter is under investigation.

The criminal investigation was prompted by volunteer Dale Mutchler giving a list of complaints and concerns to law enforcement about the shelter, including alleged animal neglect.

“I was surprised. I wasn’t aware of any crimes being committed or a basis that would justify a criminal investigation. We certainly weren’t hiding anything,” Navaretta said. “It affects the morale and impacts the time the employees have to devote to their jobs when they’re talking to the cops,” Navaretta explained.

Navaretta says as far as he knows, animals are being given proper care. But, a criminal complaint detailed anything from allegations of puppies dying due to rats, and sick or injured animals waiting for days to receive veterinary care.

He said they would like to have a larger veterinary staff.

“They do the best they can in terms of providing the fundamental animal care, the feeding, the water, the cleaning of the cages and so forth,” Navaretta said. “I’m satisfied with the level of care that’s being provided to the animals.”

Following the death of Christine Liquori, Navaretta said they have reviewed safety procedures.

Volunteers, however, have expressed that the shelter is not doing enough to implement proper safety measures.

“I can’t get into what steps we’ve taken after the tragic death of Ms. Liquori,” Navaretta said, citing the possibility of a lawsuit. “We were not aware of significant safety concerns. The volunteers were trained. They had protocols to follow,” Navaretta explained.

FUTURE FOR THE SHELTER

Navaretta said after Oct. 1, when the City of Fort Pierce plans to temporarily take over the control of shelter operations at the Savannah Road location, they still want to discuss being a vendor for animal shelter services in Fort Pierce. The ideal situation, he said, would be renewing the contracts on a reasonable basis. He would like the shelter and municipalities to issue a joint statement that the relationship between them is restored and that the community needs to support them, and be responsible pet owners.