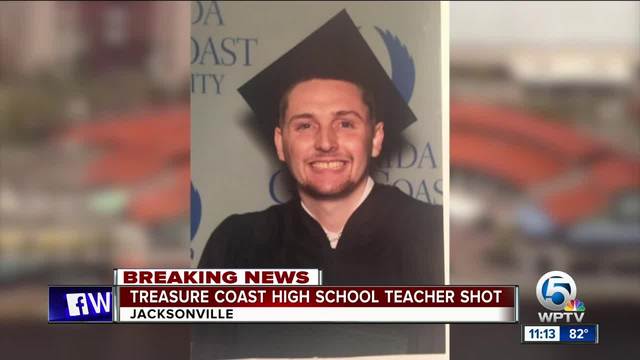 Th St. Lucie County School District has confirmed that an employee of the district was one of the injured in today's shooting in downtown Jacksonville. 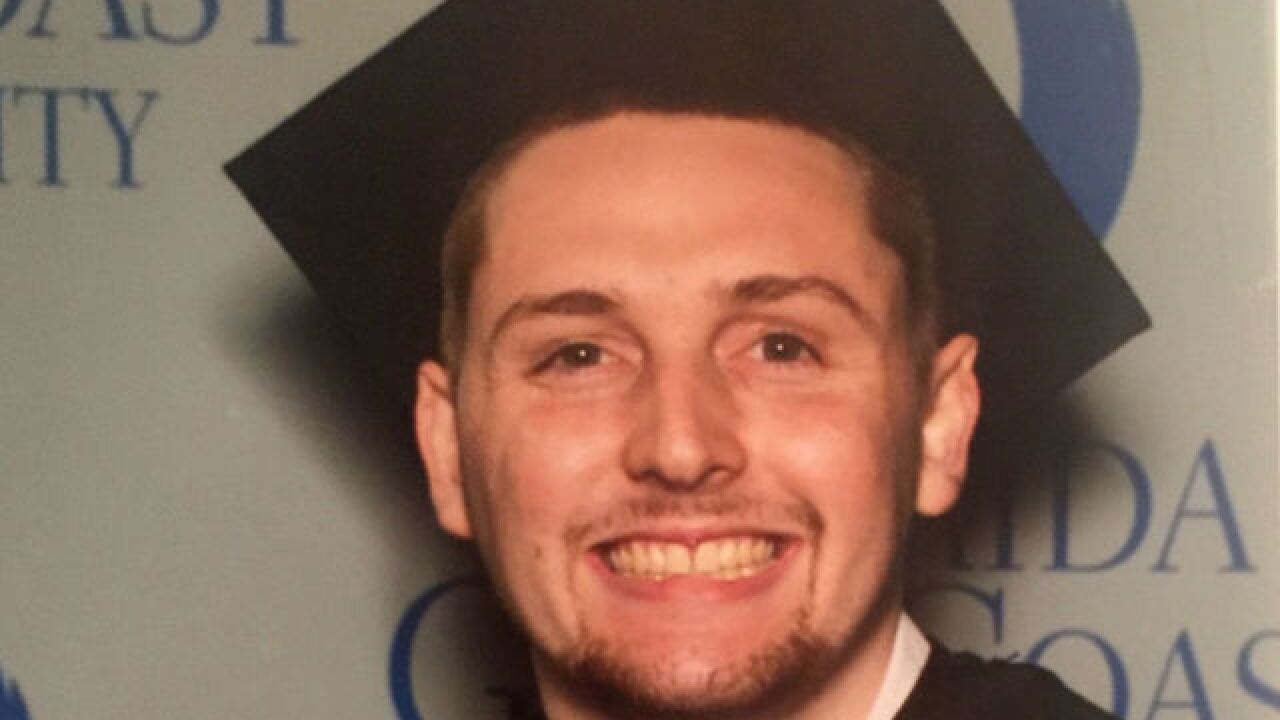 Th St. Lucie County School District confirmed Sunday night that an employee of the district was one of the injured in Sunday's shooting in downtown Jacksonville.

MORE:Audio of the shooting | Photos | List of mass shootings since 1949

Dalton Kent, 22, was injured in the shooting, the district has confirmed. He teaches 11th grade history and is an assistant varsity basketball coach at Treasure Coast High School.

He was shot in the shin during the rampage and is OK. He is currently on his way home from Jacksonville.

The District released the following statement:

"St. Lucie Public Schools is aware that an employee attending the qualifying event for the Madden 19 Tournament in Jacksonville sustained a non-life-threatening injury at the event. We extend our thoughts and prayers to all those impacted by this tragedy."

Kent's brother,Garrett, said he knew Dalton was participating in the tournament and was looking forward to talking to him about the results.

"I was working, and I was waiting for a text back from him because he updates me when he wins or loses," said Garrett Kent.

Instead he received a call from their mother.

“I didn’t answer my mom’s first call, and she said, 'Call me ASAP emergency,' which she never does, so I called her right away and just hearing the tears in her voice, I mean my mom is very emotional,” said Garrett Kent.

That's when he learned his brother was shot in the leg at the tournament.

The Kent family waited frantically for updates on Sunday.

"All of us were just kind of huddled around watching the TV, praying.  After he told us he was in the ambulance, and he was on his way to the hospital, we all kind of thanked God and just gave a good relief and my parents headed up there to the hospital," said Garrett Kent.

Garrett said he his hopeful this shooting won't keep his brother from participating in future tournaments.