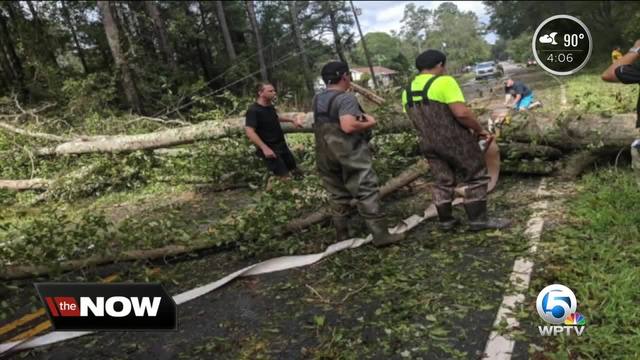 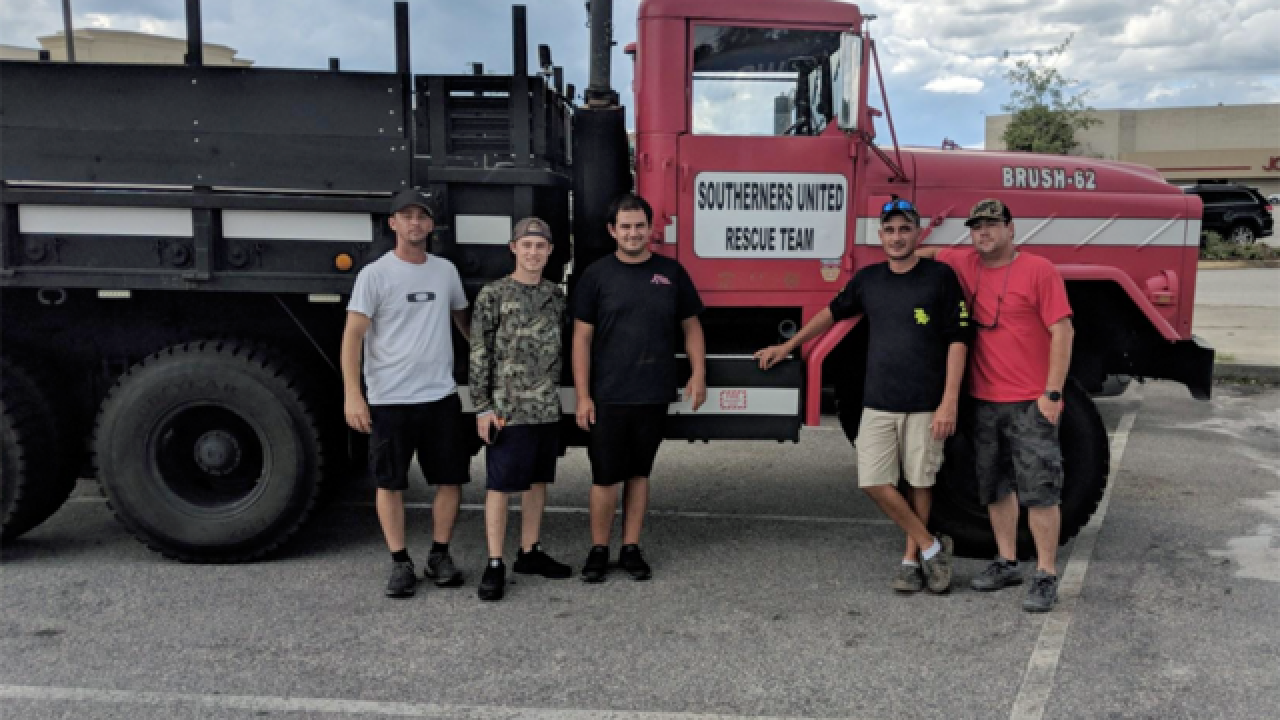 “I'm very proud of what they are doing," said their mother Lisa Cavanaugh. "I’m glad they have that sense of community and they have the heart to think of others.”

William Cavanaugh, 34, of Davie, and 23-year-old Anthony Cavanaugh, of St. Lucie County, are currently in Fayetteville, North Carolina, working to save lives as flood water continues to rise around the state following Hurricane Florence.

They don't have any formal rescue training, but the brothers helped out in the Keys after Hurricane Irma last year. They own two high-water vehicles that they use for mudding events. So, along with three friends, they decided to collect supplies and take those trucks up north over the weekend to help out in the Carolinas.

"The engine itself has been waterproofed and they added a snorkel to it which means they've got the exhaust up over the roof so if they do go into deep water, the engine will not flood out," Lisa said. "So that they can get in. They can help people into the back beds and get them to high ground where there's no other means other than a boat."

They call themselves the Southerners United Rescue Team and they’ve been working directly with emergency management crews in North Carolina to rescue people in flooded areas as well as clear debris from roadways.

"They were going just out of the goodness of their hearts to help other people," Lisa said. "That was their reason for doing it."

They've been on rescue missions in Laurinburg and Lumberton and now they're with a convoy of 40 volunteers from various states who are stationed at a mall in Fayetteville, awaiting their next directive.