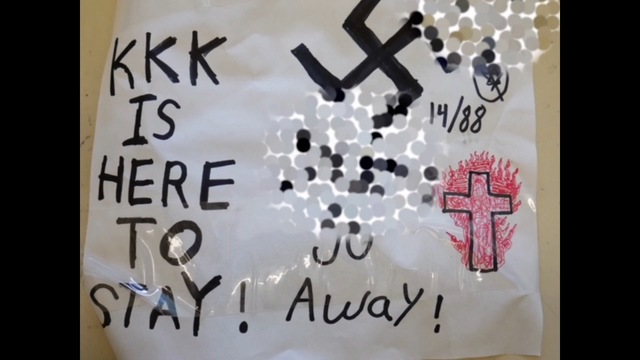 A piece of paper with swastikas and other hateful messages, was found taped to a Port St. Lucie synagogue door. 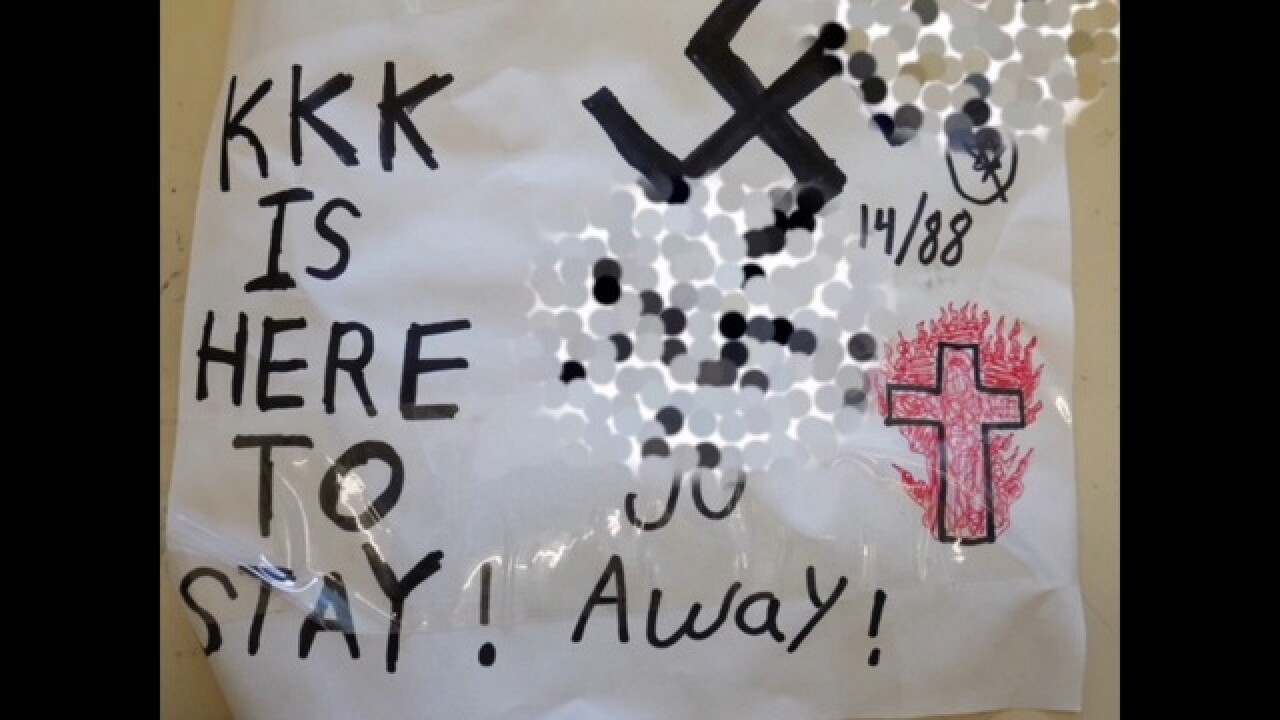 Who is spreading a message of hate?  That's what police in Port St. Lucie want to know as flyers promoting hate groups, and denigrating others, have turned up on utility poles in the city.

In one instance, a flyer was found taped to a synagogue door.  Five flyers have been found since Thursday.

On Thursday, one of Rabbi Bruce Benson’s congregants at Temple Beth El Israel found a flyer taped to a door.

“I took a look and realized we did have a problem," said Rabbi Benson.

Hate filled messages were scrawled across the paper.

“For someone in this day and age to say Hitler did nothing wrong, is sort of remarkable," said Benson.

Swastikas and KKK symbols dominate the flyers found across the city.

Beyond trespassing and code enforcement violations, police are looking into other possible charges for the authors.

Ted Gray has family that lives along Floresta Drive, where several of the flyers were found on utility poles. He calls these flyers “stupid.”

“Never had a problem with anybody. Try to get along with everybody," said Gray.

Police are on close patrol of the synagogue and congregants are on alert.

“We need them to continue to be vigilant, to keep their eyes open. It’s devastating to a community.  It makes you wonder where hate comes from," said Rabbi Benson.

Police are asking residents if they find one of these flyers, not to rip it and throw it away but to call them so they can collect it for evidence.