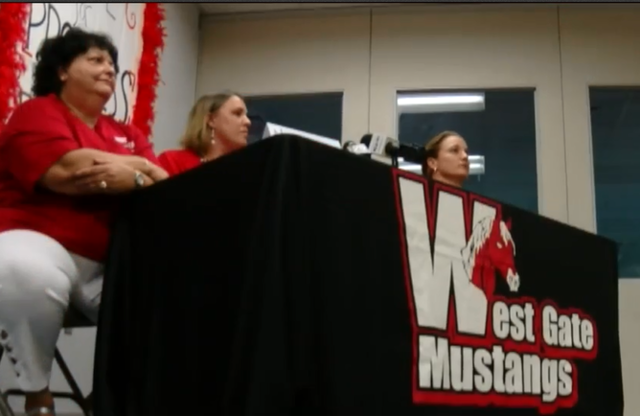 A grading policy debate that's gone national now has teachers at the school in Port St. Lucie speaking in support of how they run their classrooms 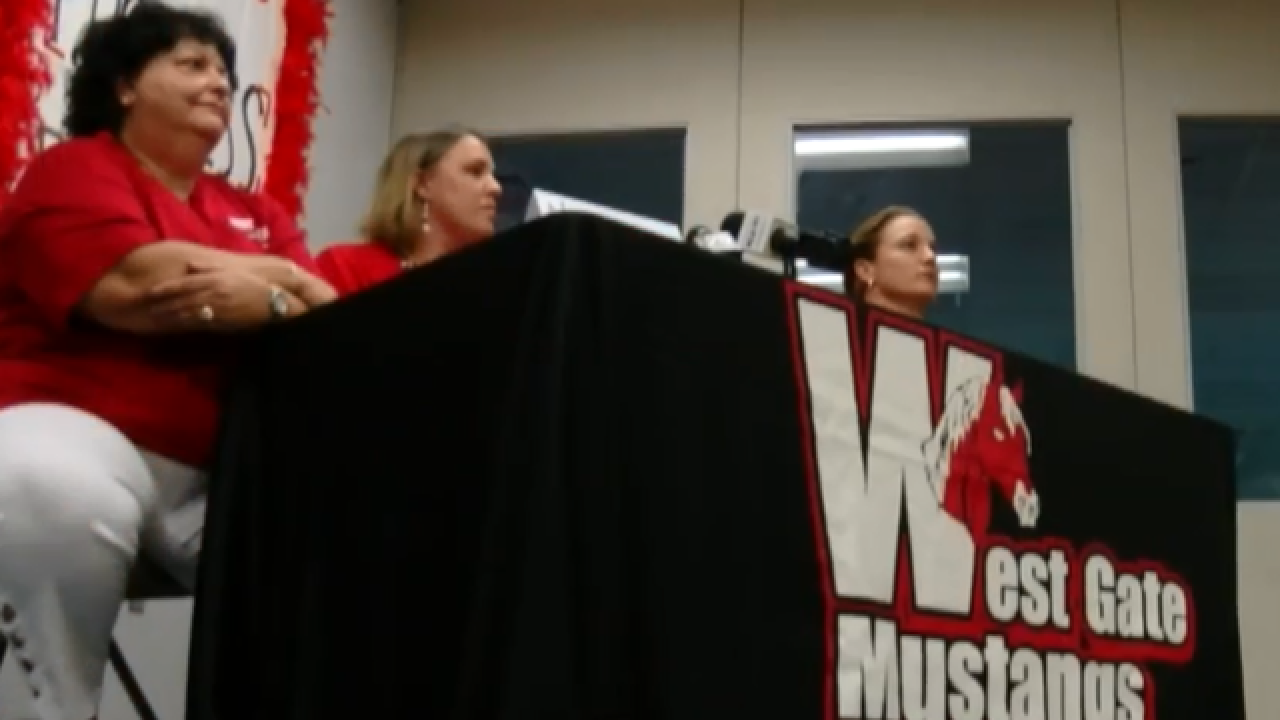 As the "no zero" grading policy at West Gate K-8 School in Port St. Lucie continues to stir debate around the country, teachers at the school are joining the conversation.

"I’ve seen a lot of people say it’s a free ride," said Courtney Kline, who teaches fifth-grade science at West Gate. "That’s been the quotes I’ve seen on Facebook or whatever. That’s not how it works. You get it done. There’s learning lunches. Before school starts from 9 to 9:30, we’re in the classroom. They can come and get it done then. There’s ways. Usually 99.9 percent of the time you reach out to a parent, they make it happen. We make it happen. It takes a village.”

West Gate invited WPTV and other news organizations into the school to hear from teachers Wednesday, two days after a fired teacher, Diane Tirado, spoke about the school’s "no-zero" grading policy, indicated in the student and parent handbook, requiring the lowest grade possible to be a 50 percent. Tirado's story and whiteboard goodbye to her students about the policy went viral.

"I think my frustration more than anything is this is the outcry. This is a huge thing, this outcry over this grading policy, but where’s the outcry for the important things?" Kline said. "Look at the funding that we don’t get in education. Look at the security. There’s so many other things that we need to be tackling."

Four teachers spoke in a news conference, but the room was filled with other teachers and staff members, who stood up and applauded at the end of the discussion.

"Failure, as we have spoken about as a school as a district, is not an option," said Julie Leofanti, a seventh and eighth-grade algebra teacher.

They say the point of this grading philosophy is not to give handouts, but instead, to prevent students from feeling like they can’t do better the rest of the year if their grade is already haunted by a zero on a single assignment.

"Once you give that child a couple zeros, they can’t come back from it," said Nancy Small, who teaches middle school history and critical thinking. "So we’re telling them right off the bat, don’t even bother the rest of the semester."

The teachers say the students can’t simply take a 50 percent and not do the work. They push them to get it done.

"There are kids who would prefer to take the zero," said Jennifer Skurnick, a sixth-grade language arts teacher.

While it's more pressure on teachers to work closely with the students to complete the work, Skurnick said: "It’s a non-issue for us as teachers. We know that that’s what we signed up for.”

On Tuesday, St. Lucie Public Schools Superintendent E. Wayne Gent said the main goal of grading is to evaluate students on their mastery of a subject in the end.

"So you can move forward and understand and learn, which is our main goal, what it is we’re trying to teach you to be able to move to that next step and become a productive citizen," Leofanti said.

The "no zero" grading philosophy is not a district-wide policy, but it is considered a best practice.

The teachers remind everyone 50 percent is still a failing grade.

But they work hard so students don't fail.

“We do what’s best for children, period," Kline said.