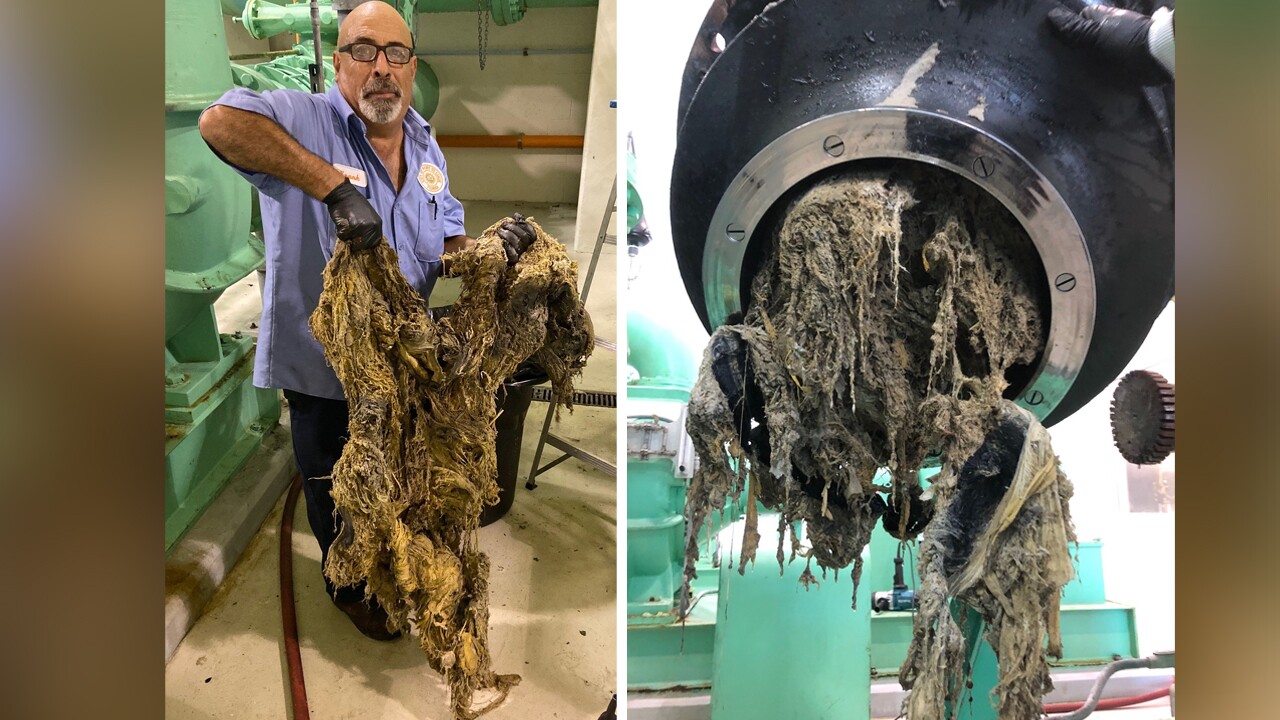 PORT ST. LUCIE, Fla. — This is why you don’t flush wipes -- even if they are labeled “flushable.”

The city of Port St. Lucie on Tuesday posted two incredibly gross pictures on their Twitter account as a reminder to “always throw wipes away!”

Because of the toilet paper shortage impacting the nation, it appears some Port St. Lucie residents are resorting to other items during their trip to the bathroom.

In the tweet, the city said their utility system is currently experiencing an increase in wipes and other “non-flushable items” in the sewers.

“Wipes should be thrown away, not flushed -- even if they say “flushable,” the city’s tweet says.

Always throw wipes away! PSL Utility Systems is currently experiencing an increase in wipes and other non-flushable items entering the sewer system. Wipes should be thrown away, not flushed -- even if they say “flushable.” pic.twitter.com/jtD1olnesv

Port St. Lucie is not alone in their plumbing problems, which are impacting sewer systems across the country.

Paul Abrams, a spokesman for Roto-Rooter, said some people are shredding t-shirts and coffee filters as a replacement for toilet paper.

When flushing things done the toilet, Abrams said follow the rule of the three Ps: poop, pee and toilet paper.

“Anything else that you flush down is going to present a possible problem," Abrams told Kai Beech of the E.W. Scripps national news team.