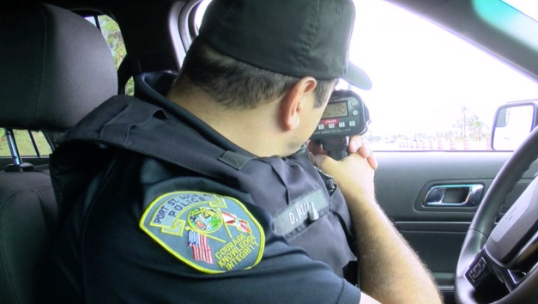 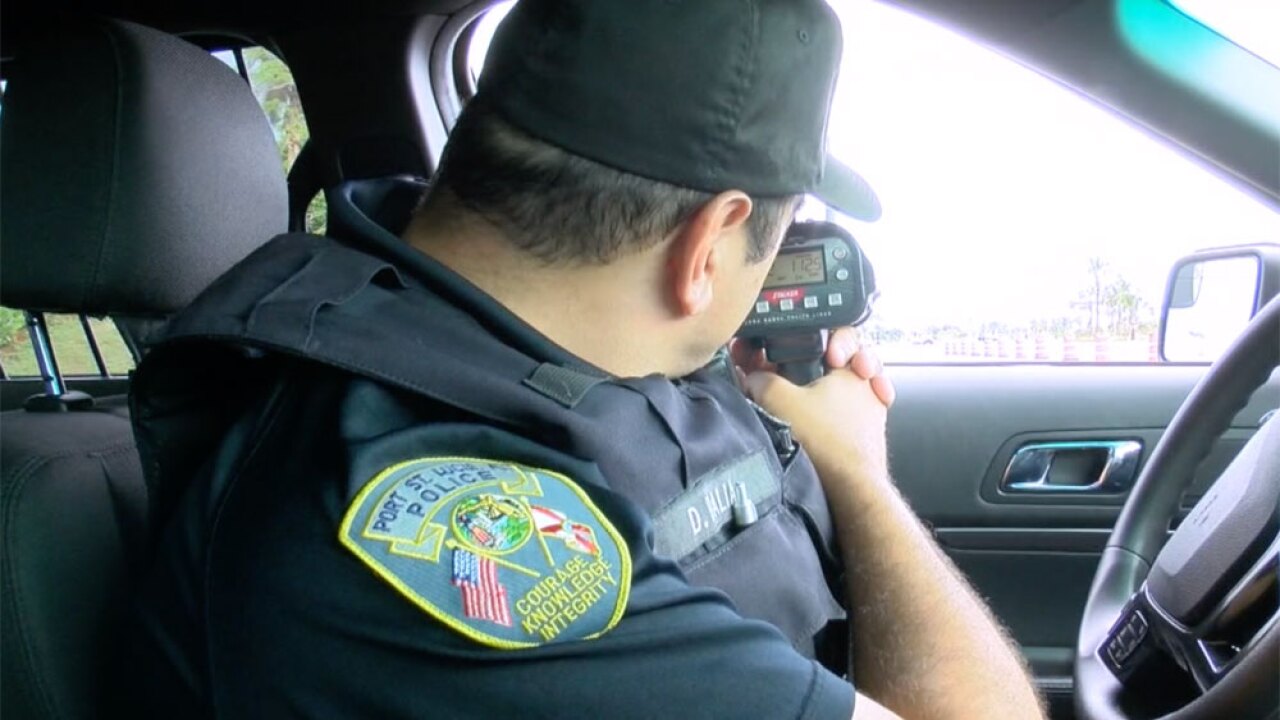 PORT ST. LUCIE, Fla. — It was known as a road for speeding even before its last link was complete. But Port St. Lucie police want you to know they are out on the Crosstown Parkway watching drivers closely.

Officer Daniel Dalia was like many Port St. Lucie residents waiting for the day the new Crosstown Parkway bridge would open.

As a traffic enforcement officer, his job is to make sure drivers are obeying the rules of the road.

“Biggest complaint we have from our citizens is people speed, people drive like maniacs," said Officer Dalia.

Back in the spring, before the bridge opened, Port St. Lucie Police Chief John Bolduc went before city council showing the added popularity of the road, and that his department would be focused on speeders.

Officer Dalia says right now, they’re not looking to write a lot of tickets, but educate drivers to the new road.

“If people are out doing the speed limit and slowing down and being prudent drivers, I’m doing my job," said Officer Dalia.

Police aren’t just looking for speeders. They’re also making sure motorists are aware of the new super street intersection at Crosstown and Floresta.

“Some people are confused. They don’t know where to make a u-turn if I need to go north or south on Floresta. That’s just going to take time," said Officer Dalia.

City traffic engineers are still working on the signal timing to keep traffic moving east and west. No traffic statistics were out yet evaluating the impact of the city's third east-west crossing.