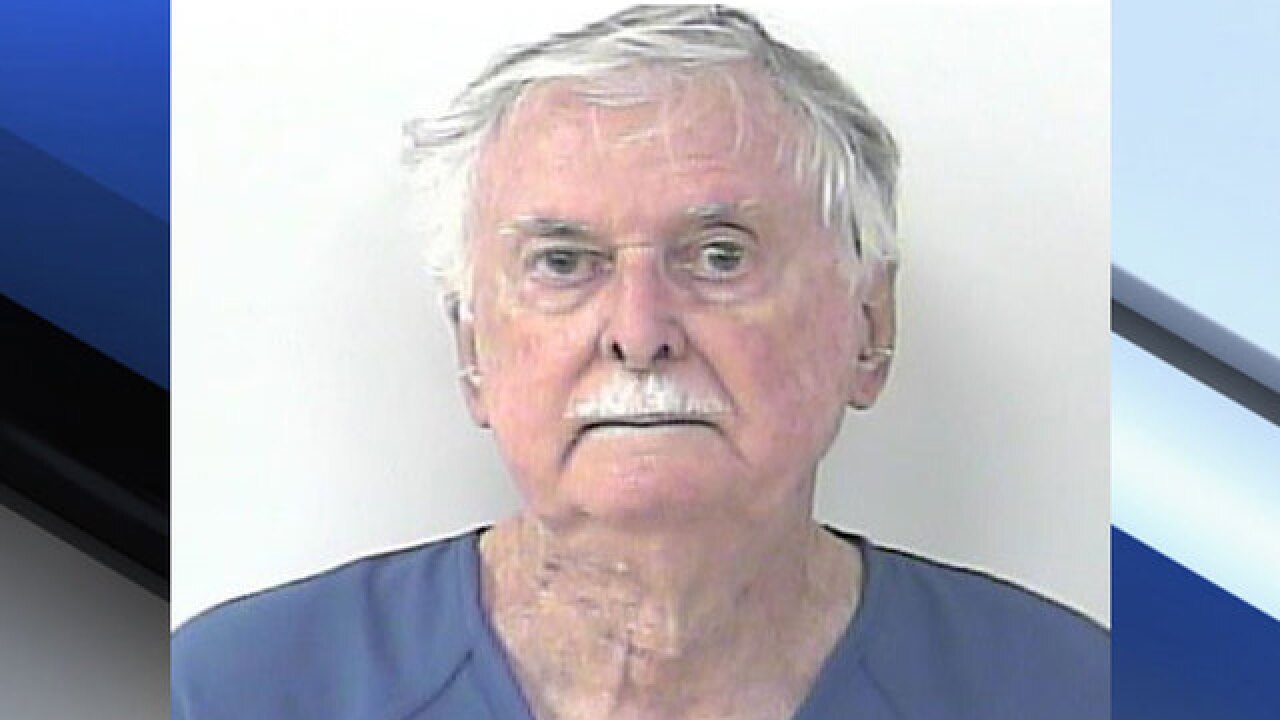 An 86-year-old Port St. Lucie man said he killed his wife while she slept because she was in poor health and he could no longer afford her medications, according to an arrest affidavit.

William J. Hager said he had been thinking about killing his wife Carolyn for several days because she was in pain, the arrest report said.

After Hager shot his wife, he went to his kitchen and drank coffee, called his daughters and later dialed 911, the affidavit said.

“I want to apologize I didn’t call earlier, I wanted to tell my kids what happened first,” detectives quoted him as saying.

The shooting happened around 7:30 Monday morning at 7865 Meadowlark Ln. in Port St. Lucie.

At a Tuesday afternoon news conference the sheriff’s office said Carolyn Hager had been ill and suffering for around 15 years.

Carolyn's neighbor says she knew behind Carolyn's beautiful art and garden work there was a woman in physical agony.

”I saw her outside and she said I haven't been feeling very well at all, I've been in excruciating pain with my back. And that's about all she said," said Sandy Ford, neighbor.

That was a few days ago. Deputies say Carolyn was suffering from severe arthritis and other health issues. They will not release which medications Carolyn was on because of HIPPA confidentiality.

"I don't understand it. Because my feeling in life is there's always a way. You just have to find it," said Ford.

Records show the Hagers filed for bankruptcy in 2011. Staff at the Hands of St. Lucie County clinic say this is a tragic situation. They help people whose insurance won't cover necessary medications.

"These stories you hear from quite many people, that they actually decide whether they are going to pay the electric bill this month or buy the drug that may be keeping them alive," said Andrew Passeri, Executive Director at Hands of St. Lucie County.

It's unclear if Hager shared his financial situation with his family. Detectives say his daughters live out of state and will be in Florida later this week.

"It's hard to comprehend, in a nice beautiful neighborhood like this you wouldn't expect anything like that from such sweet people," added Ford.

The department says William took a job at Sears for a while to try and help pay for the medication.

The sheriff's office said there are always options for people in a similar situation. Anyone with a crisis on the Treasure Coast or in Palm Beach County can call 2-1-1 to talk to a helpline representative who can refer them to community resources.

Hager was transported to the St. Lucie County Jail and faces a charge of first-degree murder.