6 technicians can process variety of evidence 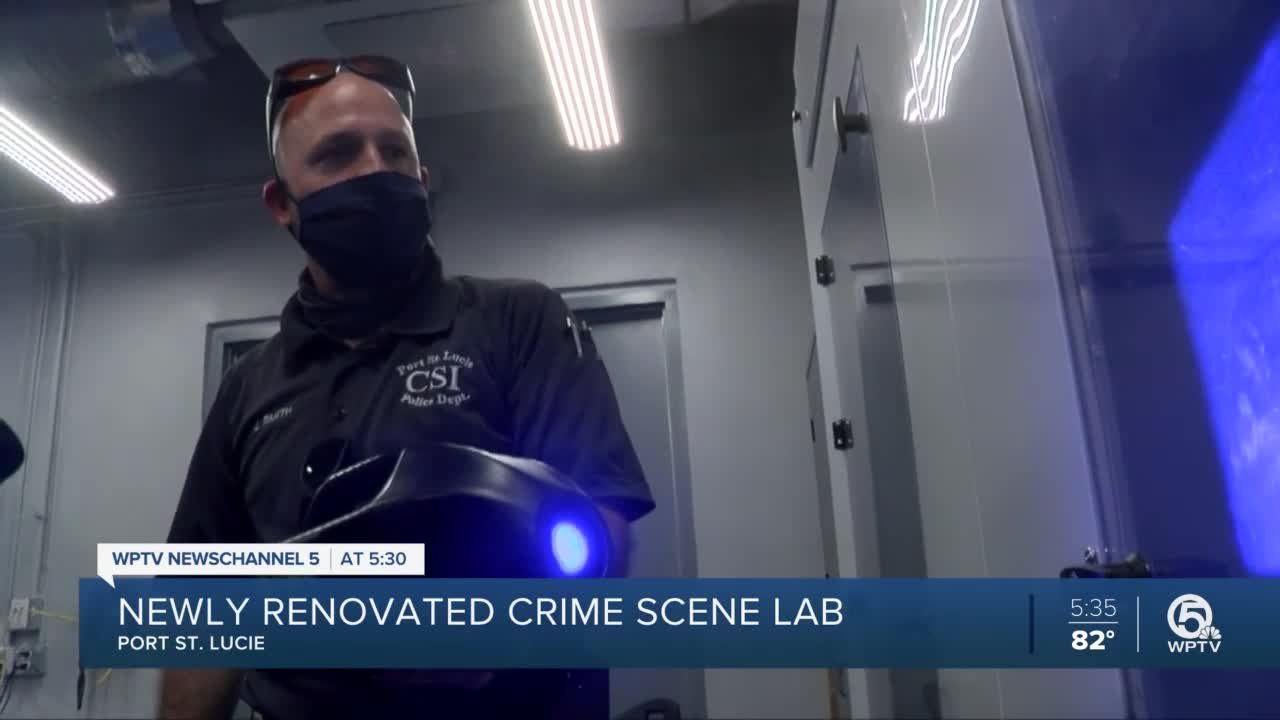 The project was in the works for nearly three years, according to Detective Sgt. Aaron Martin. Almost $160,000 was spent in renovation to the lab.

Crime Scene Investigator Joel Smith explained that with Port St. Lucie's population growth, there are more crimes to investigate and the risk for a growing backlog. The newly renovated lab provides a larger and more controlled space, allowing technicians to work more effectively.

Previously, the investigators worked out of a garage.

"I think we just needed to have a cleaner environment to do the job properly," Smith said.

A team of six technicians can process a variety of evidence.

"From anywhere to a shell casing, to hair fibers, to working on an 18 wheeler that we have to transport back here to work on as evidence again," Smith said.

Inside the lab, multiple machines help lift fingerprints off various surfaces, such as paper, wood, plastic or styrofoam.

They also have technology that can reveal injuries such as early-onset bruises.

"If you have a victim of a crime that's been injured, you photograph them at a scene, but oftentimes bruises aren't visible," Smith said.

Through special lighting and filters, the team can see bruises more easily.

Other technology helps detect blood splatter, such as what may be hard to see on articles of clothing.

Investing in the team, Smith said, benefits the community.

"We want to do the best job we can to keep them safe. When a crime happens, they know we're here to make a difference to help them, and that it doesn't happen again," Smith said.

"It's great to have the arrest made, but the crime scene investigation unit gets the conviction," said Martin.