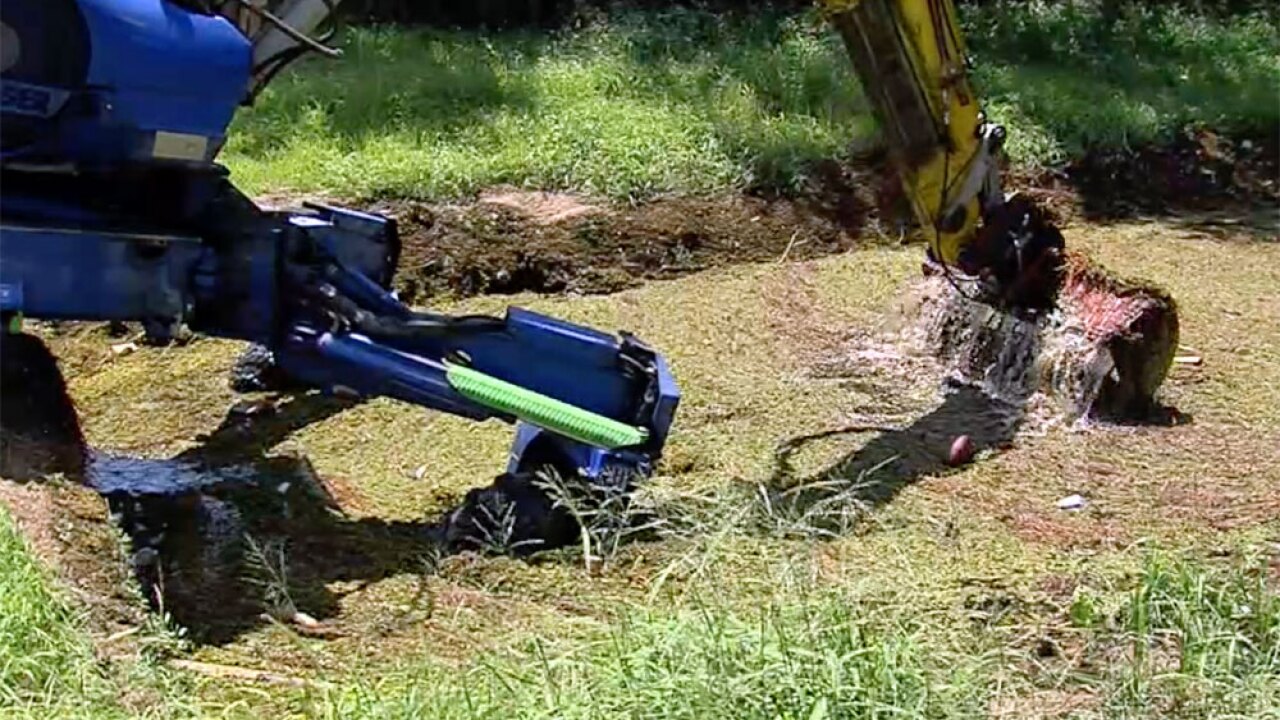 PORT ST. LUCIE, Fla. — Making sure water is flowing, and not flooding, is a constant effort in Port St. Lucie.

“We can probably handle about a foot of water without seeing a significant amount of localized flooding in a period of 12 hours," said Port St. Lucie Deputy Public Works Director John Dunton.

However, Dunton says when you get 6 inches of rain in an hour, all bets are off.

Wednesday, city crews were out with heavy machinery trying to get ahead of the game by clearing debris blocking the canals. The canal levels have been up after recent days of heavy rain.

At the Public Works building, Dunton shows a computer readout of weather stations across the city that give him an idea of where the heaviest rain fell.

“The last three days have not been kind to us," said Dunton.

In an adjoining room, another computer allows him to watch over the 160 water control structures throughout the city.

A storm about a decade ago changed the way the city approached flooding issues.

When Tropical Storm Fay hit in 2008, a large section of the city’s east side flooded, keeping some people trapped in their homes for up to three days.

In response, the city invested $34 million in the Eastern Watershed Improvement Project, which set up stormwater retention areas around the city. Since it was completed in 2012, the city has had no major flooding events.