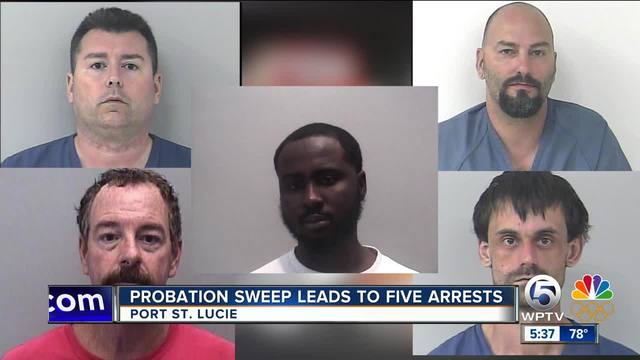 Police, along with the bureau of alcohol, tobacco and firearms checked on 30 different homes in Port St. Lucie Monday 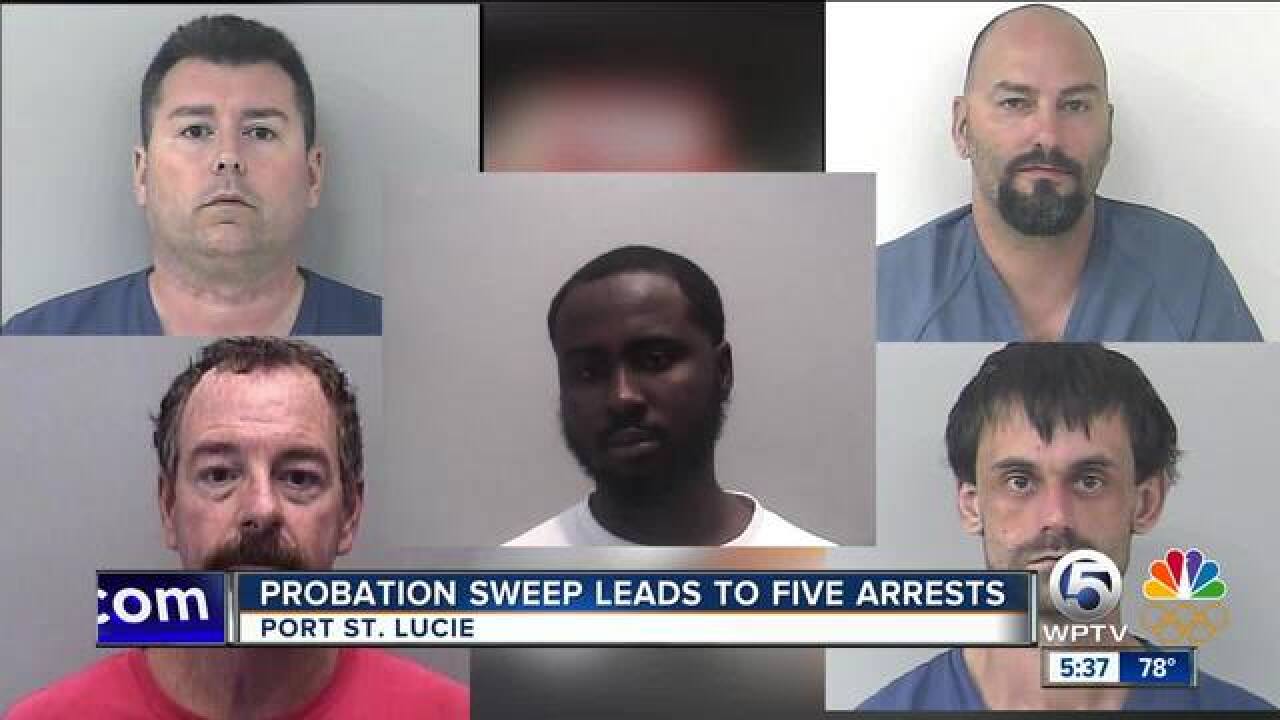 A series of probation checks led to some major finds in Port Saint Lucie.

Police, along with the Bureau of Alcohol, Tobacco and Firearms checked on 30 different homes in Port Saint Lucie Monday.

The sweep led to five arrests on narcotics and weapons charges, in addition to probation violation charges:

“The people who get released early, they're living in our community,” says Master Sgt. Frank Sabol with the Port Saint Lucie Police Department. “We want to make sure that they don't re-offend and they're not committing crimes while they're out.”

Investigators say in spite of the arrests, most of the people they checked on were in compliance with the terms of their probation.