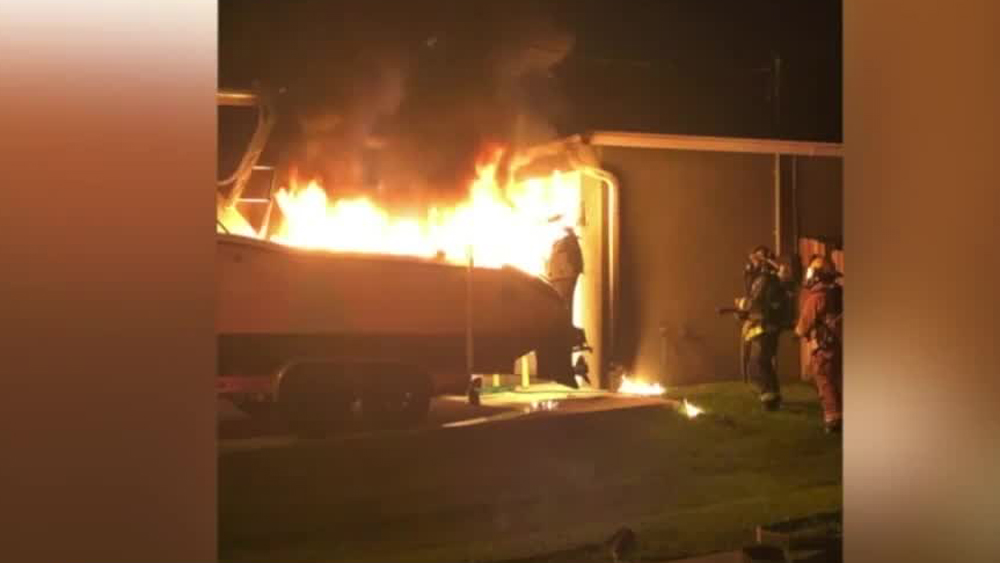 A Port St. Lucie neighborhood is on edge after a family woke up to discover someone apparently set their boat on fire early Tuesday morning. 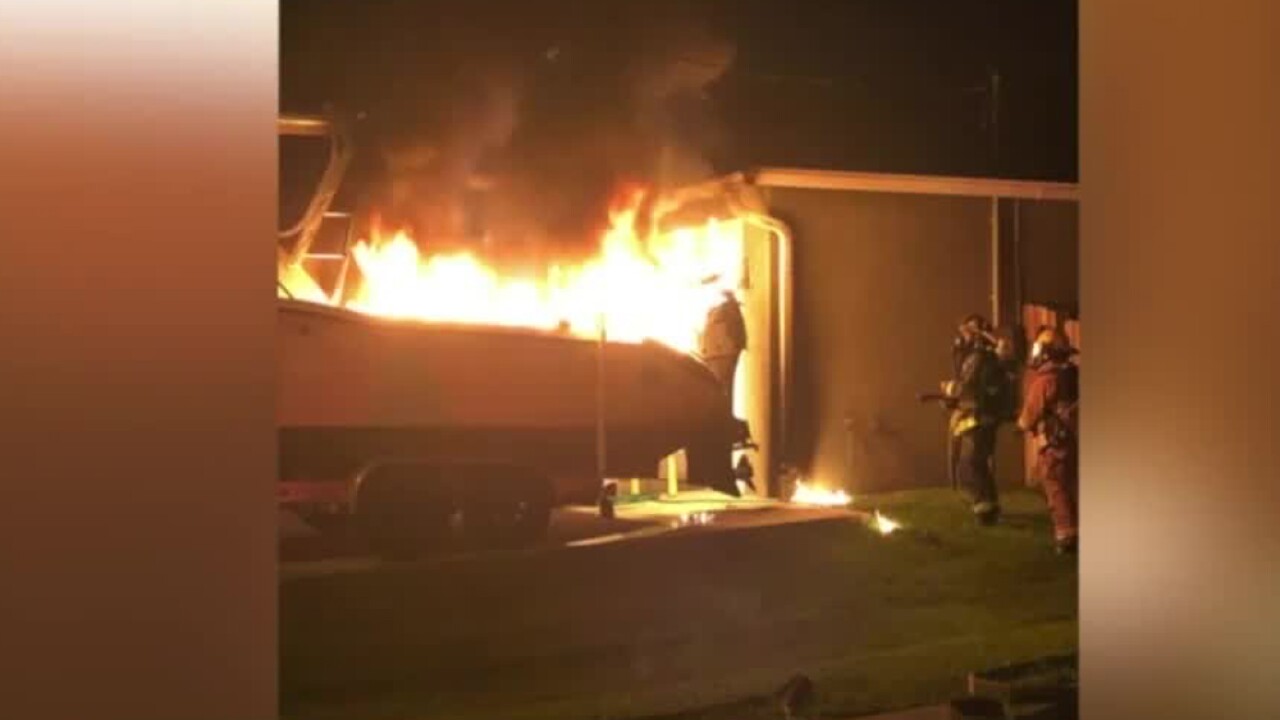 PORT ST. LUCIE, Fla. — A Port St. Lucie neighborhood is on edge after a family woke up to discover someone apparently set their boat on fire early Tuesday morning.

Drew Craig, who works as a firefighter in Palm Beach County, was working the overnight shift Tuesday when his wife called just after 2:30 a.m. to say their boat was engulfed in flames.

The fire destroyed a newer motor Craig had just bought and gutted most of the interior.

Craig wonders if his recent pleas to get others to slow down in his neighborhood around SW Hickock Terrace led to what happened.

“It really is disheartening that my neighbors are trying to protect our kids, getting them to play outside get them off the devices. I understand, yes, it’s a street and it’s made for cars, but all we ask is that they go slow," said Craig.

He says traces of accelerant were found around the boat.

Port St. Lucie police are looking at a neighbor's surveillance video that showed a car approach and park, then make a u-turn after the fire.

If you have any information in the case, contact the Port St. Lucie Police Department.