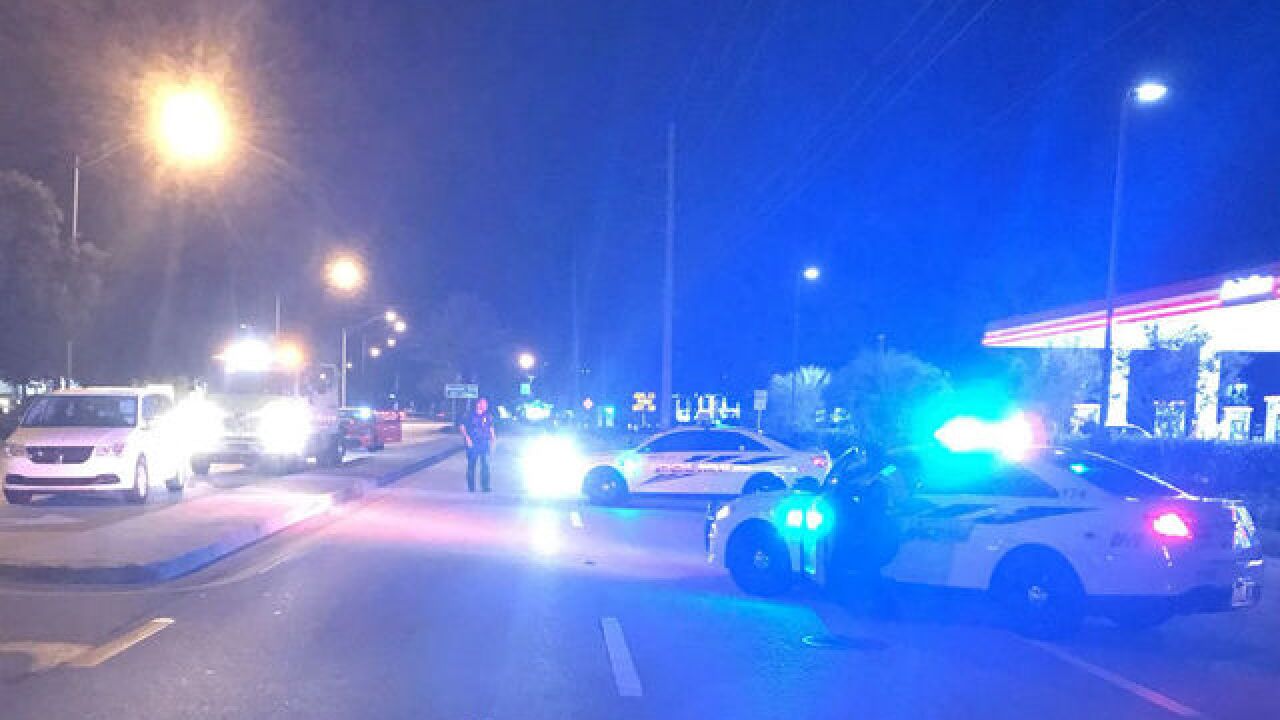 Port St. Lucie police have identified a 62-year-old pedestrian who died Monday night after he was hit by two vehicles.

Police said J.L. Miller, 62, of Port St. Lucie was walking from the north side of the road, crossing south in the 200 block of SW Port St. Lucie Blvd.

At the same time, the driver of 2017 Dodge Charger, Samuel Metellus, 30, of Port St. Lucie was traveling east on Port St. Lucie Boulevard in the center lane and merging into the left lane of travel.

As Metellus attempted to switch lanes, Miller, who was in the center lane, back tracked north and was struck by the front right of Metellus' car.

The impact caused Miller to be propelled to the north side of the street crossing the median and landing in the left lane of westbound traffic.

At the same time, Pedro Sanchez, 33, of Port St. Luice, was driving a 2017 Dodge Van west.  Sanchez subsequently hit Miller as he landed in the westbound lane of traffic.

Miller sustained severe trauma to the body and was pronounced dead at the scene by St. Lucie County Fire Rescue.

Both Metellus and Sanchez were uninjured in the crash.

@PSLPolice on scene of fatal pedestrian vs car traffic crash in the 200 block of PSL Blvd. All lanes east and west on PSL Blvd are closed from SW Wayne to SW Bayshore. Please seek alt route. @CBS12@WPBF25News@WPTV@TCPalmpic.twitter.com/STlYneHBzs