Neighbor welcomes Port St. Lucie family into her home for free after their house catches fire 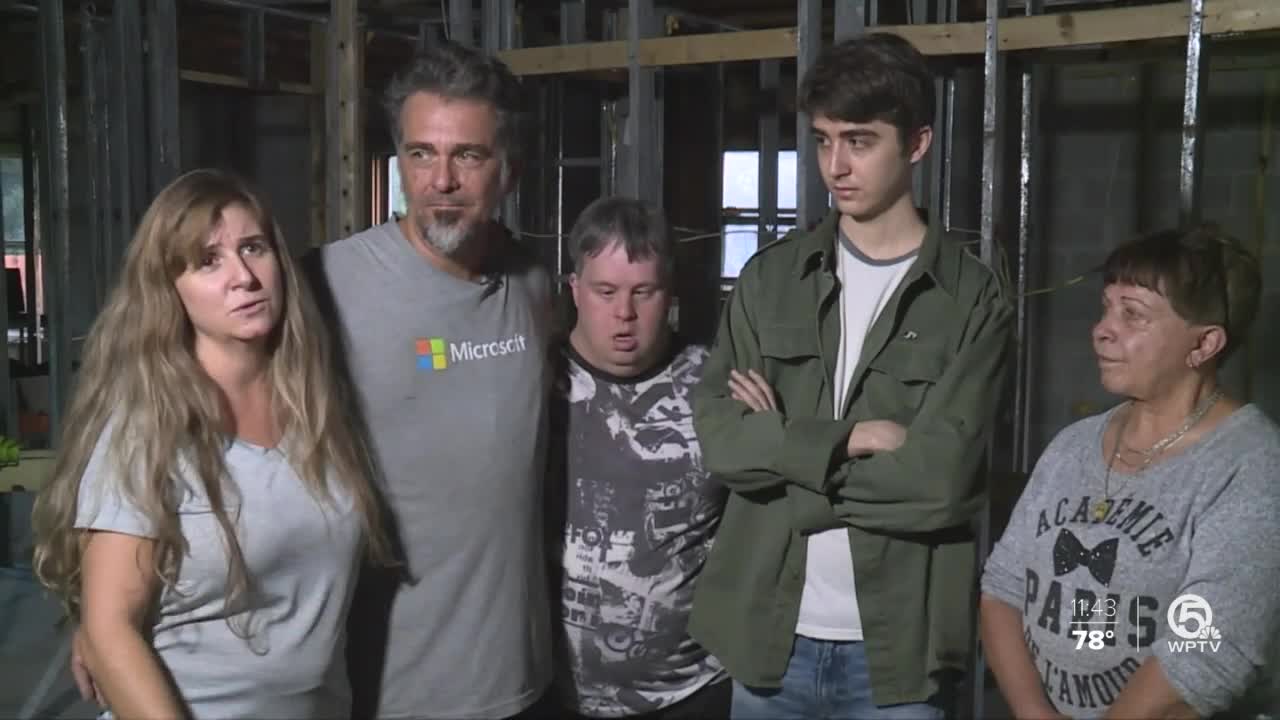 A Treasure Coast family is working to get back on their feet after a fire burned nearly everything inside their home.

PORT ST. LUCIE, Fla. — A Treasure Coast family is working on getting back on their feet after a fire burned nearly everything inside their home.

"I lost everything," said Port St. Lucie resident Fernando Lobo. "It's 30 years of my life down the drain."

With no place to stay, a neighbor they barely know is stepping up to house the Lobo family for free until they can financially recover.

"I have a guest bedroom and a guest bathroom and a hallway coming off the garage," said neighbor Carol-Lynne Hoskin.

The family said the fire was a result of a mattress burning against the stove.

Fernando's son, Leonardo, was in the process of moving back in and set the mattress against the counter before leaving to return the moving truck.

"It happened to be on the counter with the stove, and as it slipped, it turned on the burner, and the rest is history," said Hoskin.

Fernando and his wife, Elizabeth, were in Brazil at the time and were able to see the fire from a security camera.

"When I saw the smoke coming from the door, from the front door, I knew something was wrong," said Fernando Lobo said.

He said he called his son and told him to call 911.

When Leonardo got back, fire trucks were already there.

"The son came back, and he just looked stunned," said Hoskin.

Fernando Lobo said almost everything inside was unable to be saved.

"I never in 1 million years thought she was going to help me," said Elizabeth Lobo.

Inside Hoskin's garage is now a couch, television and a kitchen counter to cook.

The family of three is sharing a bedroom with an air mattress until they can get back into their home.

"She was the first light into this whole mess," Elizabeth Lobo said.

For Hoskin, she said it's just the right thing to do, but it means the world for the Lobo family.

"I never thought of the pandemic," said Hoskin. "I saw a family in need, and I had to help them."