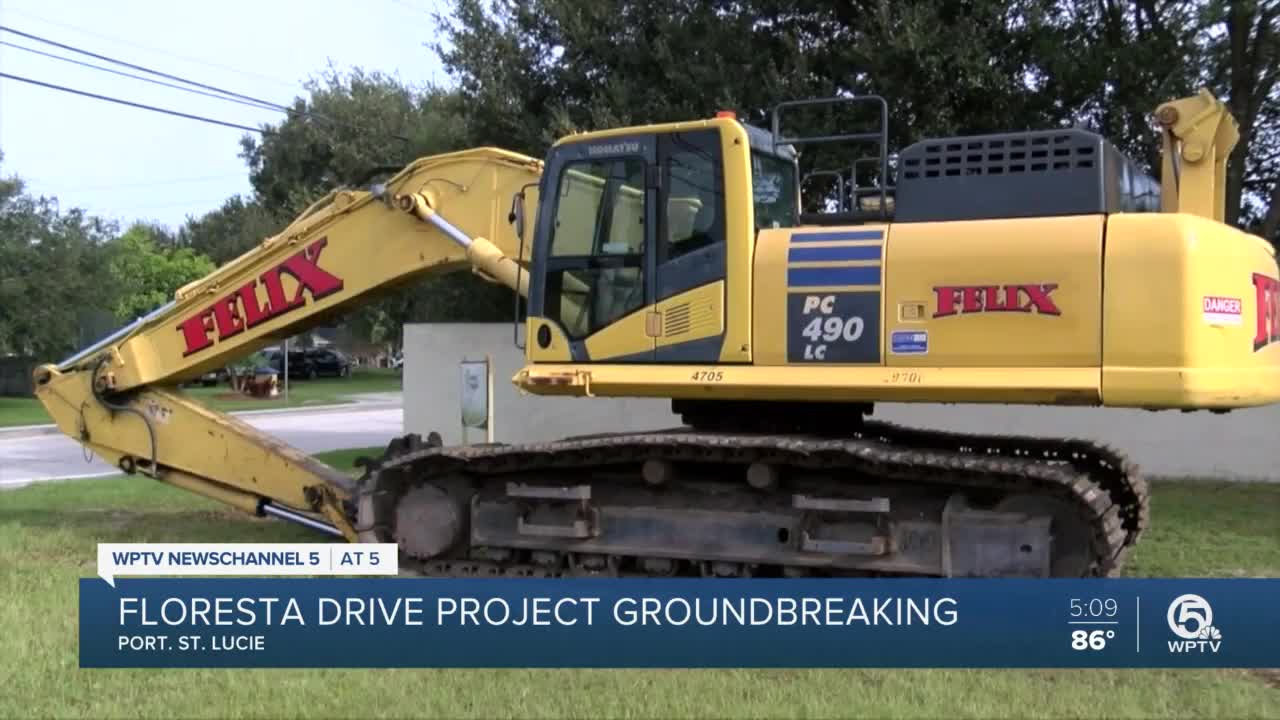 PORT ST. LUCIE, Fla. — Drivers in Port St. Lucie will notice some big changes in the coming months on a major north-south roadway.

A ceremonial groundbreaking was held Monday morning for the Floresta Drive project.

It's been on the city's wish list for a long time. In fact, talk to improve the road began in 2006.

Residents who have fought for the improvements are thrilled the work is finally going to begin.

"It’s a very family friendly area, but the road doesn’t reflect that," said resident Steven Cook. "We’ve had flooding, we’ve had kids drive their bicycles in the grass."

"With the amount of traffic and how much we have grown population wise, this is going to be a huge enhancement and beautification for the city," said Port St. Lucie City Councilwoman Stephanie Morgan.

The project will extend about four miles from Southbend Boulevard north to Prima Vista Boulevard. There wil be added turn lanes, sidewalks, and bicycle paths.

The work will be done in three phases and should be complete in about two years.

The project is being funded through the half-cent sales tax passed by voters in 2018.