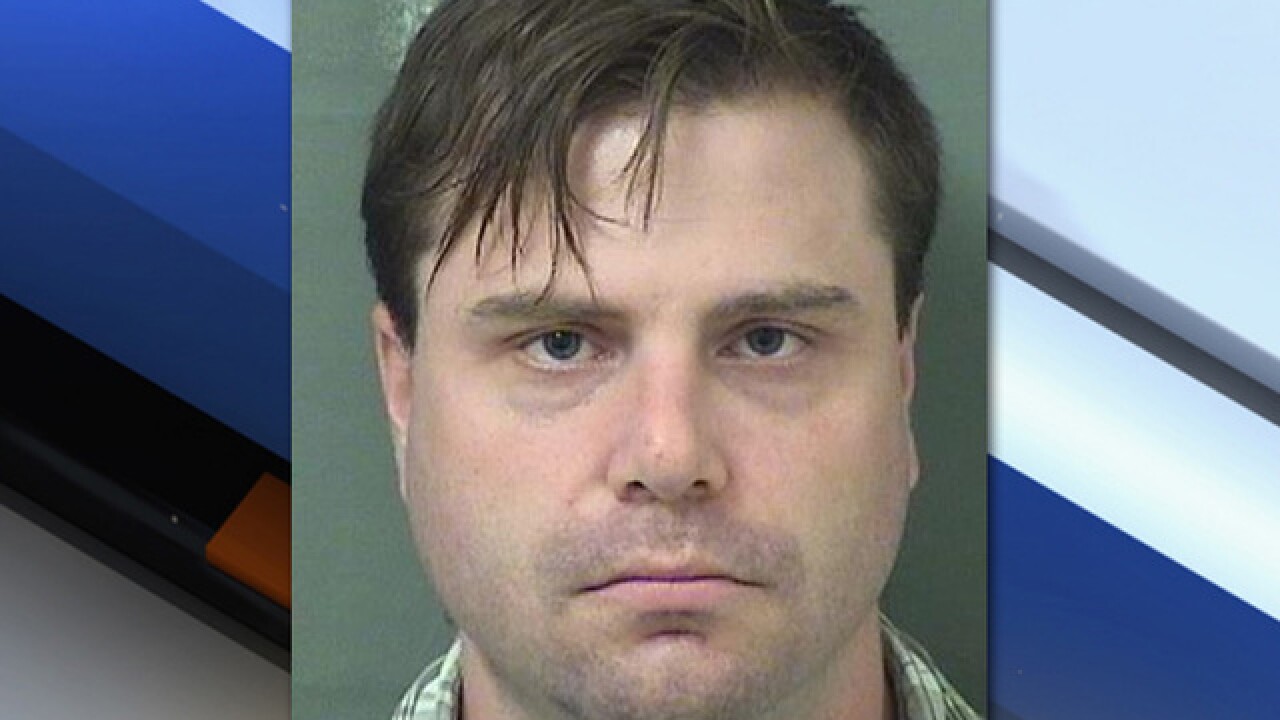 ST. LUCIE COUNTY, Fla. -- A St. Lucie West Centennial High School teacher, arrested for sending an inappropriate picture to a student, is out on bond.

Morgan has resigned from his job as a 10th grade history teacher.

An arrest report shows that Morgan is accused of having a sexual conversation with a 17-year-old student via Snapchat, where he also exchanged a nude picture of himself.

Detectives were alerted by a school administrator who reported that Morgan was sending inappropriate texts to a student.

Investigators looked through the student’s Snapchat account and found the explicit conversation from several weeks ago.

When detectives met with Morgan at his home, he said he had already resigned from his job. He denied having a Snapchat account.

Eventually, detectives say he admitted he was drunk when he took the picture and didn’t remember why he did that. He said he had been drinking more the last couple months, and told them “It was no excuse.”

Morgan's attorney Richard Kibbey says it's a complicated case and that there is more to the story than the police report. Kibbey says he is looking forward to investigating the case thoroughly.

Morgan is the third teacher in the 2015-2016 school year to be arrested for inappropriate conduct with a student.

Rafael Yepez was arrested in November.

The St. Lucie County School District released the following statement regarding the arrest:

St. Lucie Public Schools has been made aware that a previous employee has been arrested based on allegations of inappropriate digital communications with a student. This individual’s resignation was received by the District on May 17, 2016.

Allegations of this sort are a serious breach of ethics. Such behavior is inexcusable and is of great concern to the School District as it is contrary to our mission to provide a safe and caring teaching and learning environment.

Morgan was booked into the Palm Beach County Jail on a $100,000 bond but later released.