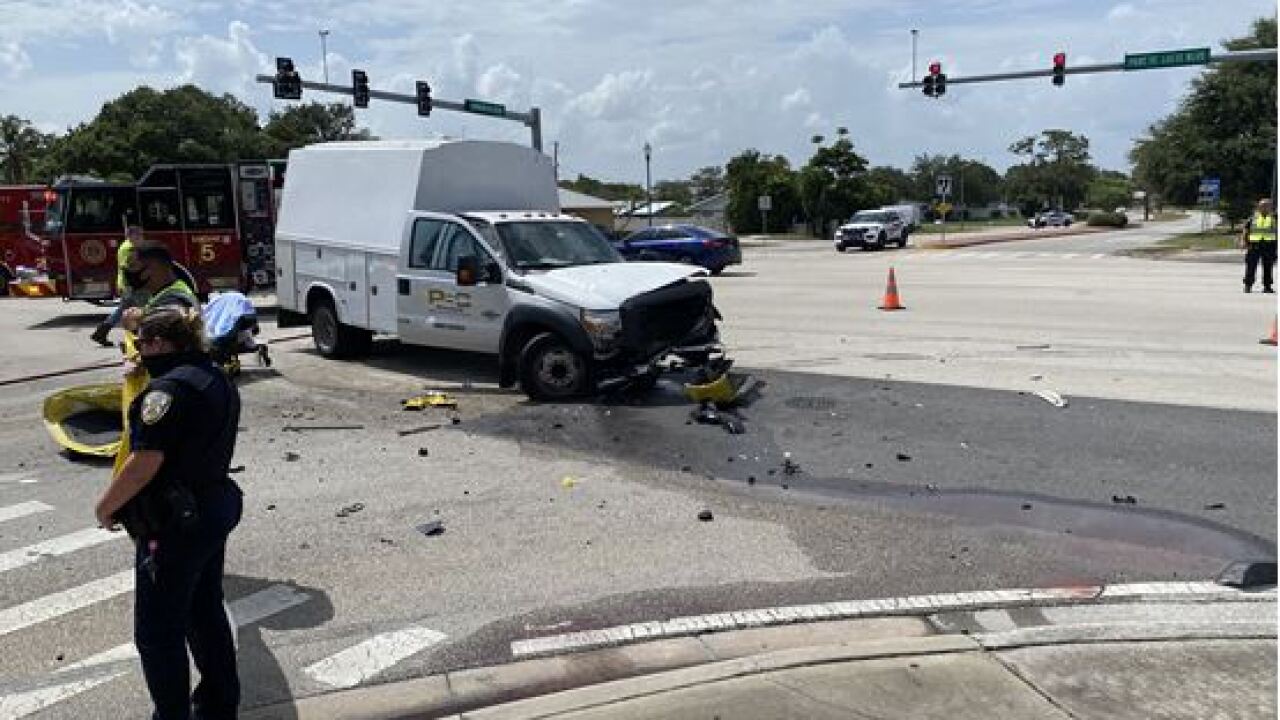 Port St. Lucie police, along with St. Lucie County Fire Rescue, was at the scene of the crash that happened shortly after 3 p.m. at the intersection of Morningside Blvd. and Port St. Lucie Blvd.

Morningside Blvd. was closed in both directions and traffic was limited on Port St. Lucie Blvd. while investigators worked the scene.