62 bullets fired during shootout between gunman and officers, police say 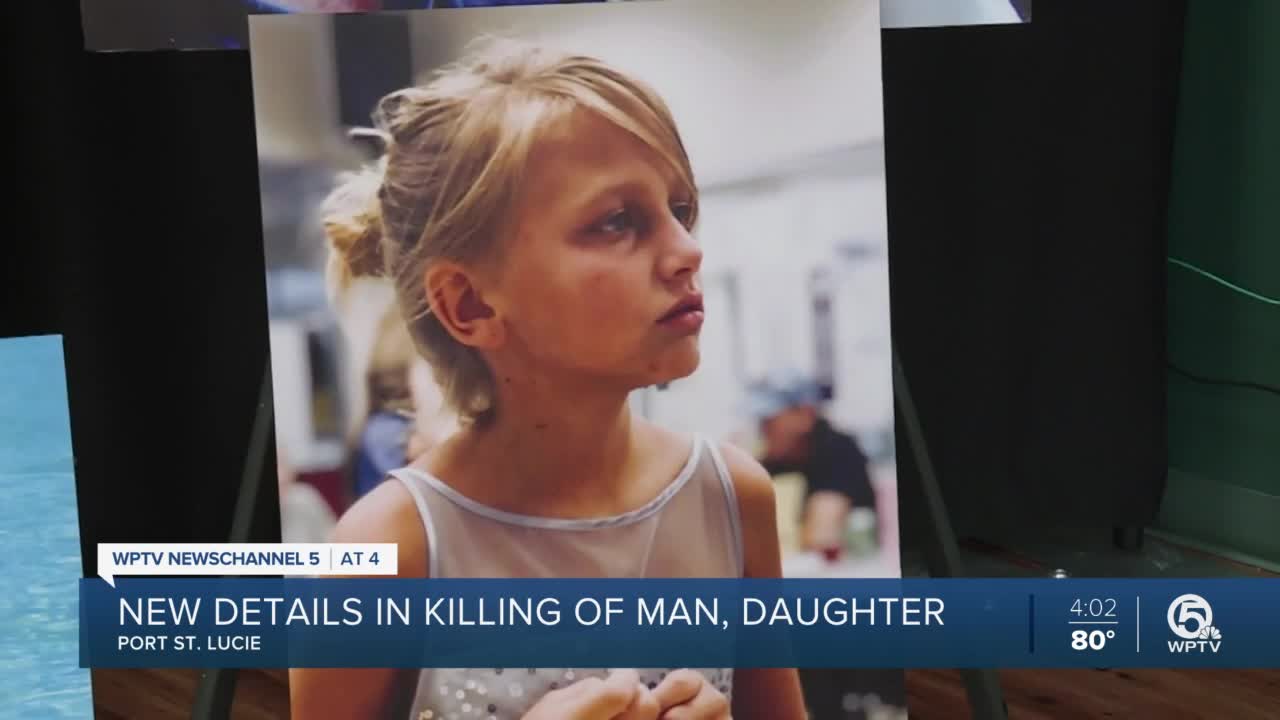 Officials released heartbreaking and chilling new details on Wednesday about the deadly shooting of a father and his 11-year-old daughter earlier this month in Port St. Lucie. 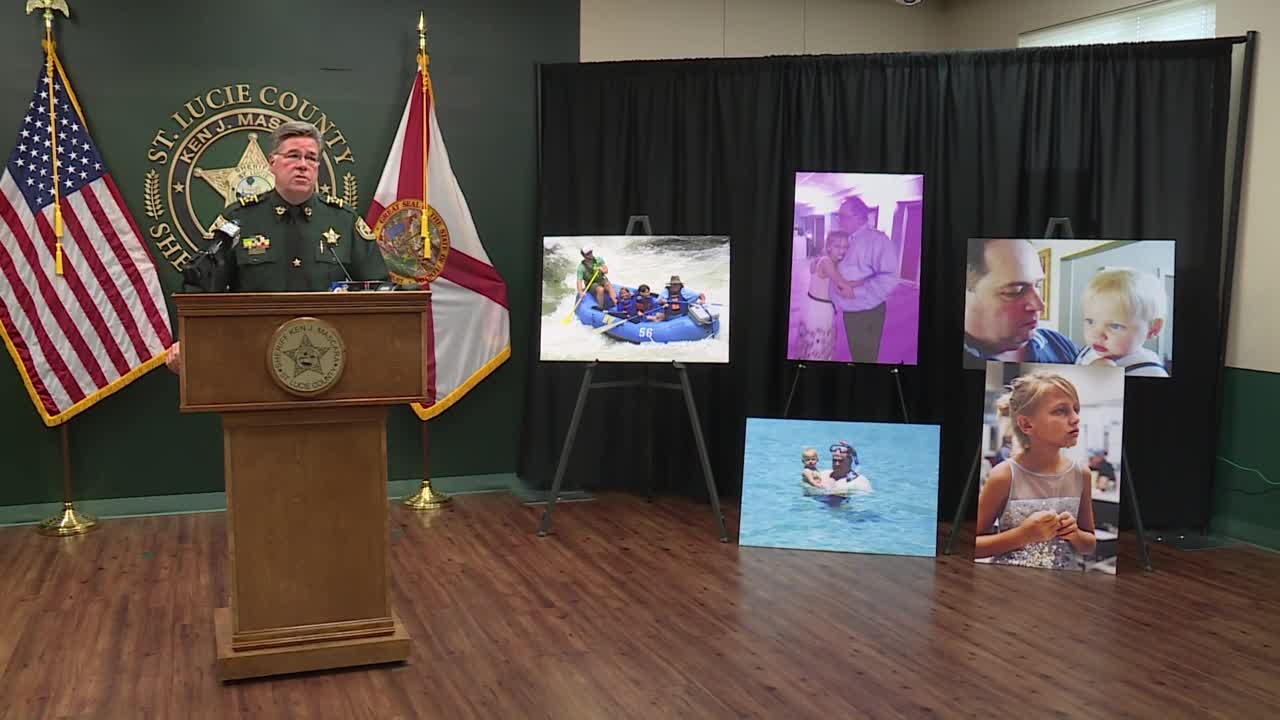 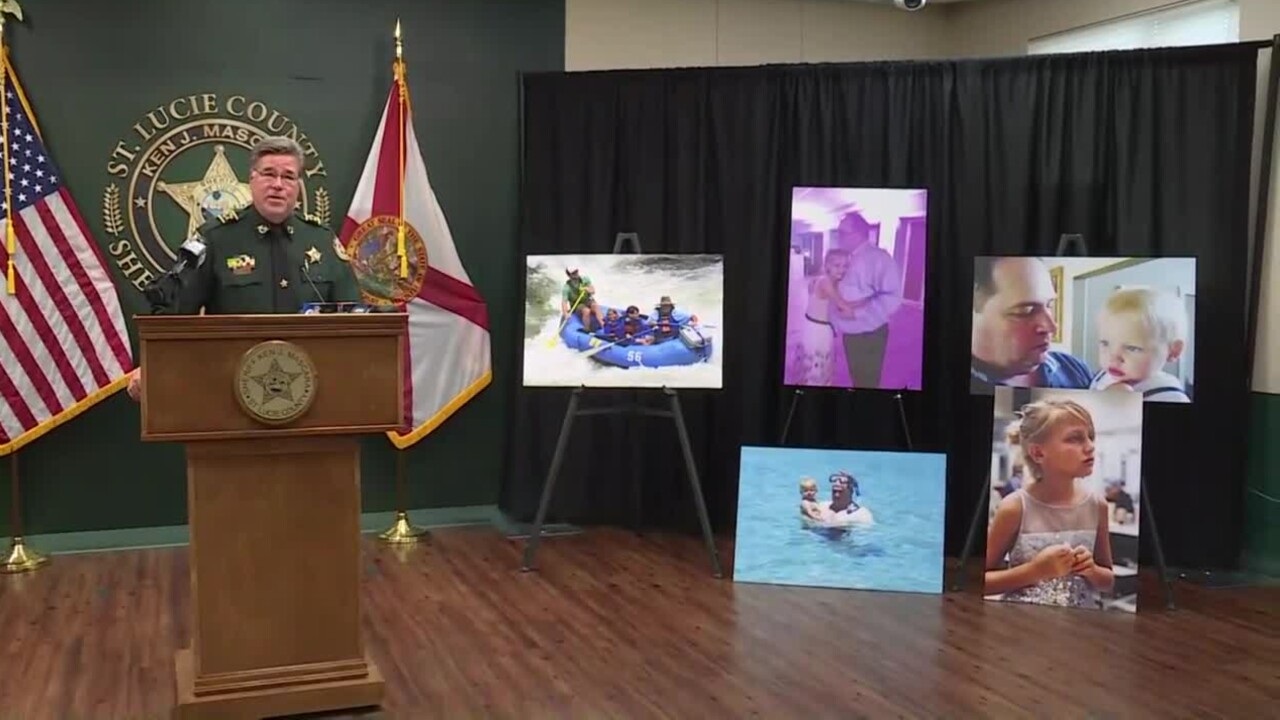 PORT ST. LUCIE, Fla. — Officials released heartbreaking and chilling new details on Wednesday about the deadly shooting of a father and his 11-year-old daughter earlier this month in Port St. Lucie.

Police said that around 12 p.m. on July 6, Guy Hansman, 55, and his daughter, Harper Hansman, 11, were shot and killed by their neighbor, Ronald Delserro, 82, at their home in the 2500 block of SE Morningside Boulevard.

"From March 4, 2020 until July 1, 2020, the Delserro and Hansman families were engaged in an ongoing dispute over a dog named Roxy, who was owned by the Delserro family," Chief Bolduc said. "Roxy was ultimately deemed a dangerous dog by a special magistrate."

Bolduc said that Delserro, armed with two semi-automatic 9mm handguns, shot and killed Guy Hansman in the garage of his home, then entered the family's house and shot Harper Hansman in her upstairs bedroom.

Police said another child, approximately 10 years old, was inside the bedroom with Harper, but was not hurt.

In addition, wife and mother Monique Hansman, a third child, and a tutor for the children were inside the home at the time of the shooting, but all of them made it out safely and uninjured.

Chief Bolduc said that at 12:24 p.m. on July 6, Harper Hansman managed to call 911 after hearing gunshots. It appears this call was made before Harper was shot.

"The caller, a juvenile female, said her neighbor shot her mother and her father," said Chief Bolduc, who added that the investigation ultimately revealed Monique Hansman had not been shot.

Port St. Lucie police officers arrived on scene and entered the home, where they exchanged gunfire with Delserro.

"That was 62 rounds shot within that house Our crime scene counted 109 bullet holes throughout the house," Sheriff Mascara said.

Authorities said Guy Hansman was pronounced dead at the scene, and Harper Hansman was taken to a local hospital where she tragically died from her injuries.

In addition, two police officers were taken to the hospital, one with gunshot wound to the arm and another for stress-related issues. Both of them were treated and released.

Chief Bolduc said that a SWAT Team entered the home at 3:01 p.m. and found Delserro dead in Harper Hansman's upstairs bedroom from an apparent self-inflicted gunshot wound to the chest.

Sheriff Mascara said the investigation into the officer-involved shooting found that all three officers who opened fire were justified and acted within the scope of their law enforcement duties.

"As a father myself, I just can't imagine the pain that this family has experienced with their loss," Sheriff Mascara said. "[Guy] referred to [Harper] as his little princess."

The FBI, Florida Department of Law Enforcement, and U.S. Marshals Service were all involved in the investigation.

According to police, Roxy was euthanized two days after the killings.