Victim fatally struck while attempting to cross US 1 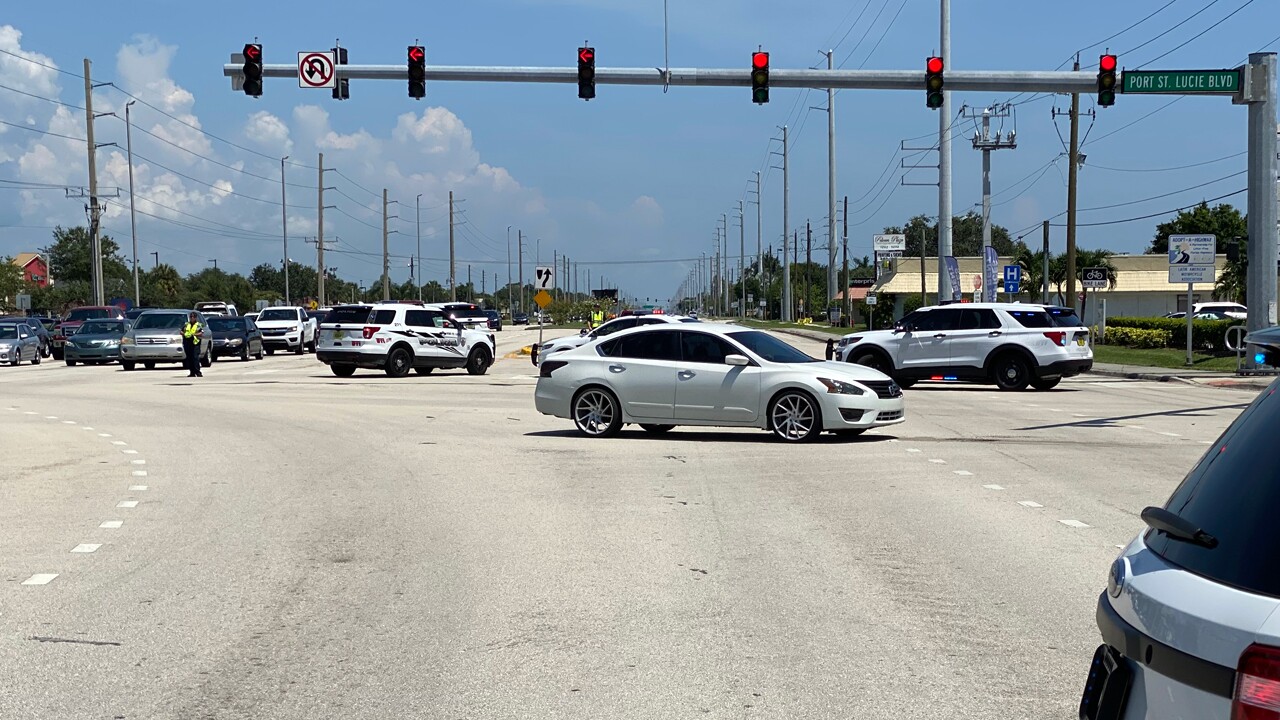 PORT ST. LUCIE, Fla. — A 99-year-old man riding a scooter was hit and killed Wednesday morning by a vehicle in Port St. Lucie, according to police.

Senior Sgt. Lisa Marie Carrasquillo said the fatal crash occurred around 10:35 a.m. at the intersection of US Highway 1 and Port St Lucie Boulevard.

Police said the victim, Raymond Wendrzycki, 99, of Port St. Lucie, was attempting to cross US 1 eastbound on the north crosswalk while operating an electric three-wheel scooter.

At the same time, a Jeep Cherokee was attempting to make a left turn from SE Port St. Lucie Boulevard to travel northbound on US 1.

However, the Jeep Cherokee collided into the scooter, according to Carrasquillo.

Police said the driver of the Jeep Cherokee was not hurt.

The case is being investigated by Port St. Lucie police.