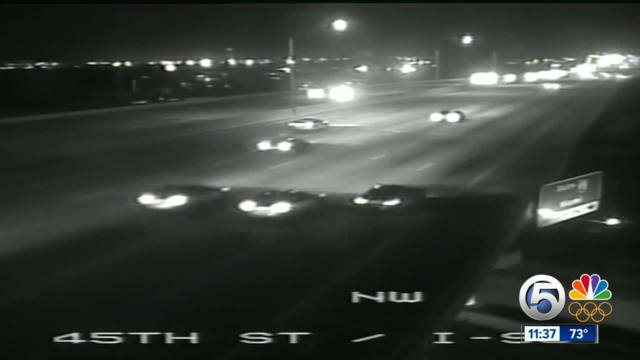 Officials with The Florida Highway Patrol say a driver traveled nearly 50 miles in a runaway SUV before law enforcement officers could bring his car to a stop. 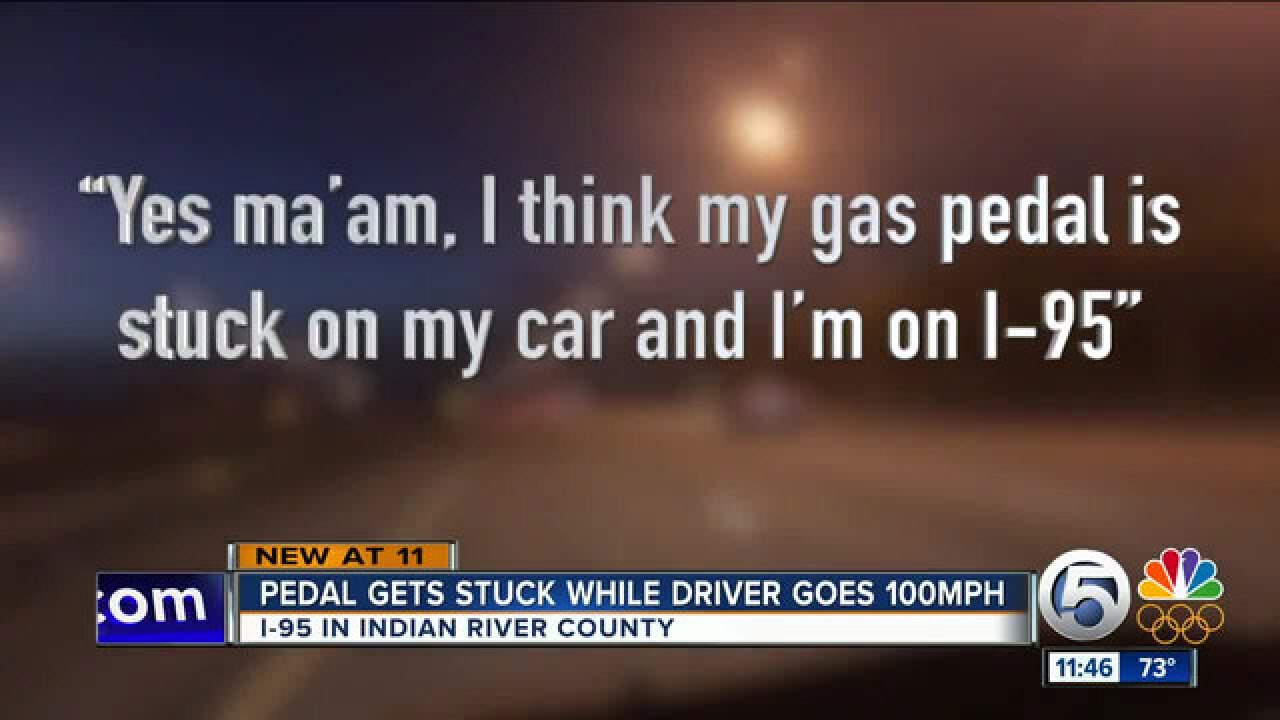 Officials with the Florida Highway Patrol say a driver traveled nearly 50 miles in a runaway SUV before law enforcement officers could bring his car to a stop.

He told 911 dispatchers that his 2003 BMW X5 wouldn’t slow down or stop after he got onto Interstate 95 in Martin County.

"I think my gas pedal is stuck on my car and I’m on I-95,” Cooper told dispatchers.

As he drove north toward St. Lucie County, Cooper told dispatchers there was steady traffic on the road. “I need traffic assistance,” he said.

By the time Cooper reached the area of mile marker 116, state troopers were able to get ahead of him and clear traffic.

Dispatchers tried to work through a resolution on the phone.

“You have no idea why it could be stuck?” The dispatcher asked. "No ma’am, I do not,” Cooper responded.

“Are you able to get your vehicle in neutral?” The dispatcher asked. Cooper replied, “no.”

Finally, the dispatcher asked him if he tried the emergency brakes. “Ma’am, I’m not going to do that at 100 MPH, I’m sorry,” Cooper said.

The car was towed away.

Cooper was taken to the Indian River County Sheriff’s Office to wait for a ride, but an incident report shows he was also taken to the hospital for chest pain following the incident.

There are no recalls on his car related to the accelerator.