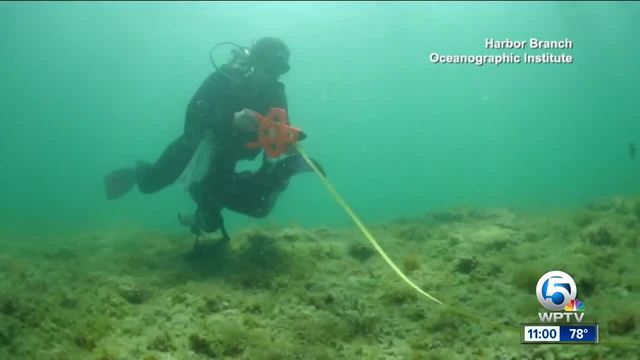 We often talk about the declining water quality on the Treasure Coast in the Indian River Lagoon. But, scientists say the impacts of nutrient-rich runoff and aging septic systems are causing harm in the ocean. 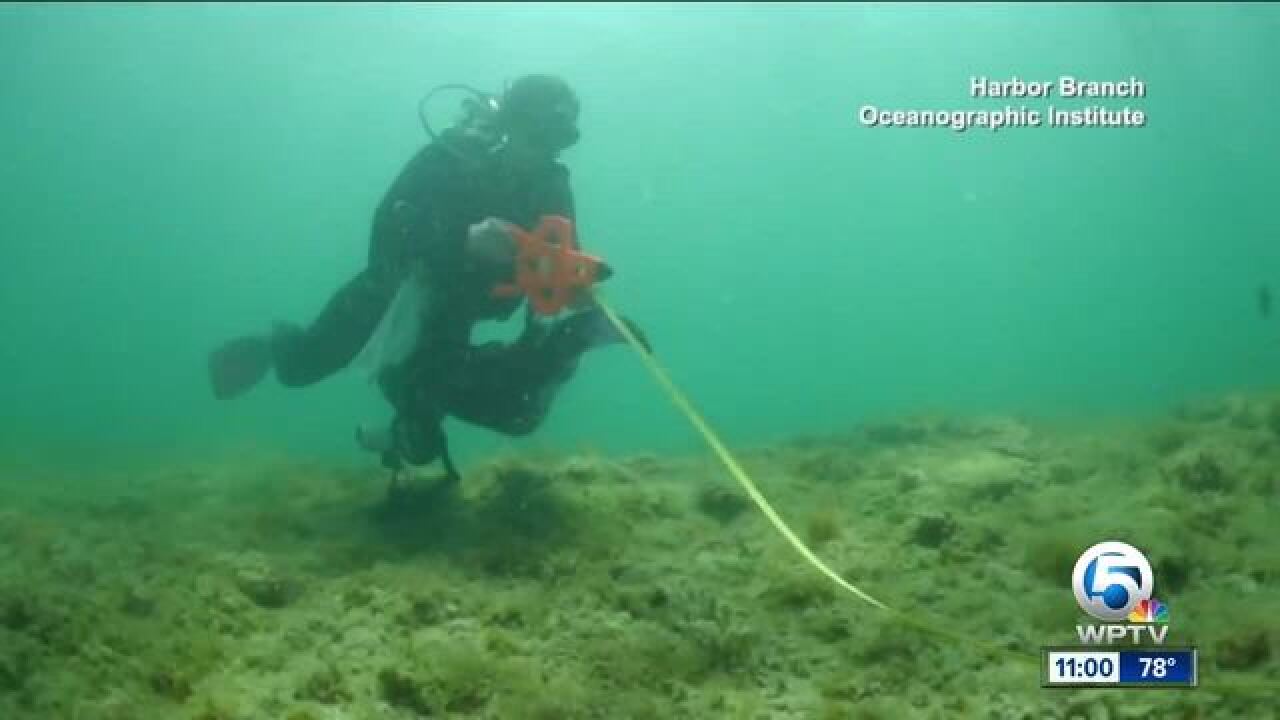 We often talk about the declining water quality on the Treasure Coast in the Indian River Lagoon. But, scientists say the impacts of nutrient-rich runoff and aging septic systems are causing harm in the ocean.

“I think everyone needs to be concerned about this. This is our home,” said Dr. Brian LaPointe, a researcher at FAU’s Harbor Branch Oceanographic Institute.

He is tracking the conditions of worm reefs off the coast of St. Lucie County, near the Fort Pierce Inlet.

Those worm reefs, he says, are some of the best indicators for the health of the ocean, because they are sensitive to change.

“These reefs are all seriously impacted,” LaPointe said.

He and several other researchers went diving Wednesday to get a closer look at the conditions, within a half mile from the shoreline.

LaPointe says it has been decades since researchers really focused on the conditions of the near shore reefs.

“It was clear that these reefs are being overgrown by seaweed, or macro algae, these large algae,” LaPointe said.

Typically, there should not be as much of that algae, he said.

He also noticed more sea urchins than he would expect on a worm reef.

Both the sea urchins and algae, he says, indicate a higher amount of nutrient exposure in the area, particularly Nitrogen.

LaPointe says that is likely coming from several sources.

“A lot of that is coming from septic tanks and inadequately treated sewage,” LaPointe said, which can seep into the ocean water.

The Fort Pierce Inlet was also close to the dive site.

“The discharges coming out of the inlets are carrying lagoon water that we know is very high in nutrients, Nitrogen and Phosphorus, and other contaminants, fecal contamination from sewage, and septic tanks in particular,” LaPointe said.

“There are so many septic tanks up and down the Indian River Lagoon that that source has become a major source.”

The abundance of algae on the reefs, he says, is an unsettling repeat of history.

“That was the first symptom that we have excess nutrients,” LaPointe said. “If you don’t stop the nutrients at that point and understand what those blooms are telling you, then the problem worsens.”

The reefs are essential to tourism, healthy beaches, even a protective barrier from storms.

He is hopeful that tracking the conditions on the reefs will help drive the need to keep finding solutions to clean up the lagoon.

“We need to do everything we can on the Treasure Coast to begin to turn the tide to get these reefs and the Indian river lagoon in recovery mode,” LaPointe said.