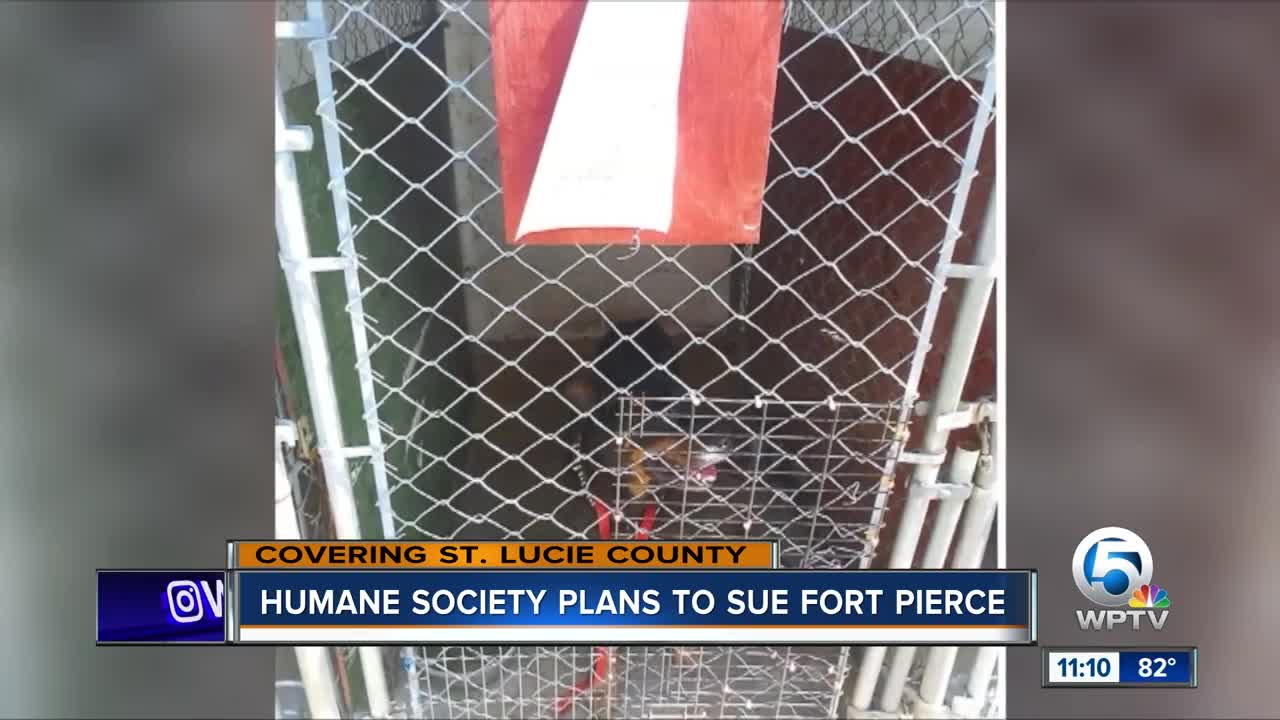 NEW AT 10... The hunt is growing in Florida for the invasive burmese python.

FORT PIERCE -- The Humane Society of St. Lucie County is not going down without a fight, after officials with the city of Fort Pierce made it clear they want the shelter out of the city.

The Humane Society of St. Lucie County, also known as Second Chance Animal Shelters, responded to a letter from the city that alleged many maintenance issues and animal care concerns.

The shelter said it intends to sue the city for trying to break the shelter’s 50-year lease over those maintenance and animal care complaints.

Code enforcement officials in August took dozens of pictures at the Savannah Road location, showing maintenance problems ranging from broken kennels, electrical issues, water damage, and holes in the walls or floor. The damage was visible inside and outside the facility.

Before the inspection, city leaders said they would look to maintenance issues and animal care issues as a way to break the lease with the embattled shelter, and served a letter to the shelter this month explaining they felt the shelter violated terms of their lease, requiring them to upkeep the buildings.

Leadership with the Humane Society of St. Lucie County responded, denying and rejecting allegations made by the city. Shelter leadership said the lease does not specify a standard of maintenance the shelter is required to uphold. The shelter argues they had a part time maintenance worker and invested in various upgrades and improvements.

They also said city staff has long had access to the facility but no maintenance complaints were made by the city prior to fighting the lease. "If any report of failure to maintain was brought to the attention of appropriate supervisors and reported to the Society, the Society is unaware of any such reports,” the letter states.

City officials said they are giving the shelter until September 16 to make repairs, and will make a follow up visit that day to the shelter.