'Our discovery of them here is really encouraging' 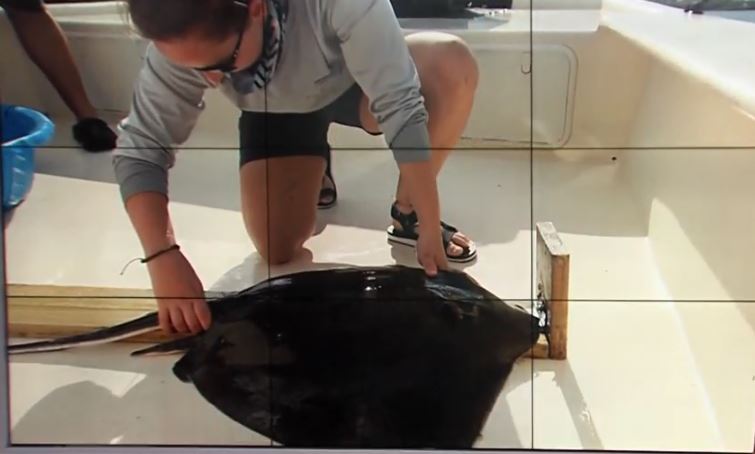 Researchers with FAU’s Harbor Branch Oceanographic Institute are learning more about sharks and rays in the Indian River Lagoon and how environmental changes impact them.

SEBASTIAN, Fla. — Researchers with Florida Atlantic University's Harbor Branch Oceanographic Institute are learning more about sharks and rays in the Indian River Lagoon and how environmental changes impact them.

Dr. Matt Ajemian, the principal investigator for the research, said it has been decades since experts took a close look at what kinds of sharks and rays make the Indian River Lagoon their home, where they tend to spend the most time and how they are impacted by changes in water quality. There is a major gap in data surrounding the status of sharks and rays in the estuary.

"Toward the inlets, upstream in the rivers and things like that, a lot of that was really unknown and undescribed," Ajemian said.

Researchers found that many sharks and rays live, reproduce and hunt for prey in the southern Indian River Lagoon, between the St. Lucie Inlet and Sebastian Inlet, throughout their lives. Ajemian also learned the area may be a more significant nursery for bull sharks than previously thought.

"You look back to the papers that were done decades ago, they weren't around," Ajemian said. "Our discovery of them here is really encouraging."

"This is really just a first glimpse into the species' diversity," Ajemian said.

The information will set a strong baseline to track how environmental factors change where the sharks and rays live, and how environmental changes impact their movement patterns. That includes strong storms, Lake Okeechobee freshwater releases and harmful algae blooms.

"We're getting closer to being able to predict when those events happen, what species are going to be around, which ones are going to move out of the system or maybe offshore," Ajemian said. "Less tolerant species may be driven closer to the inlets or even out of the estuary to nearshore ocean habitats."

That has the potential to change the diversity of the lagoon.

"I think we're going to be able to really track their health and population fluxes over the years," Ajemian said.