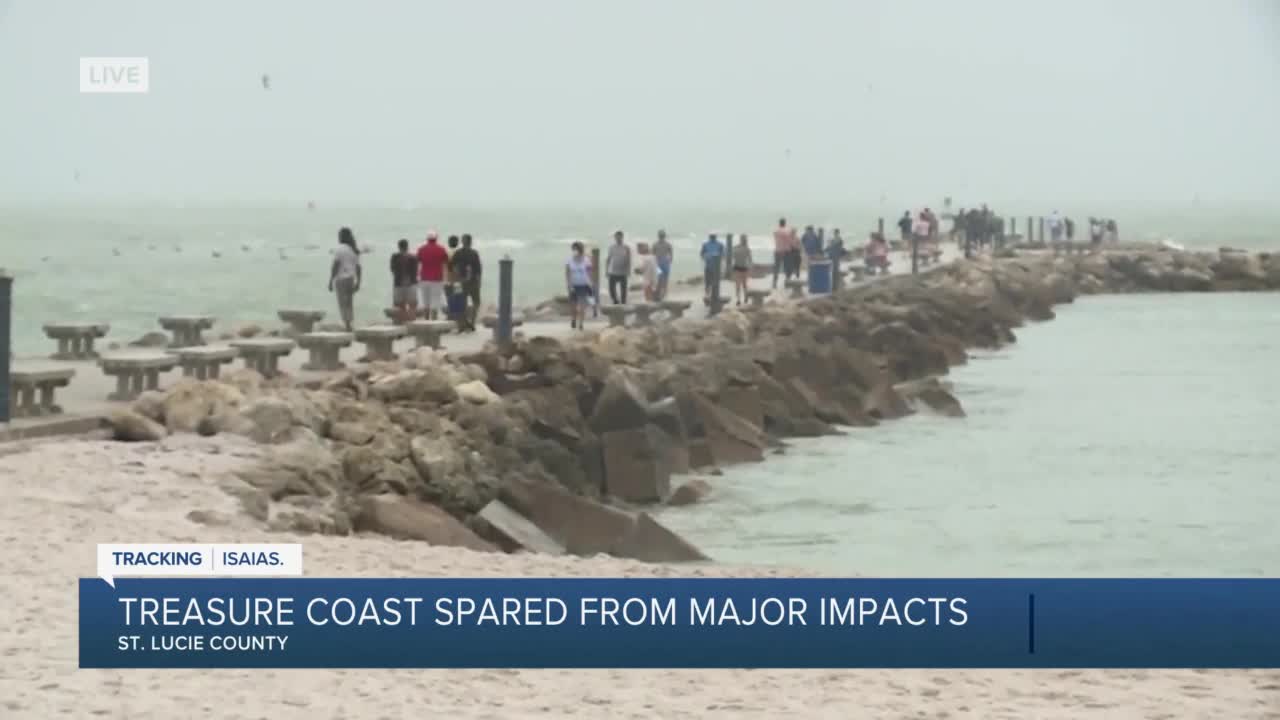 Crowds gathered at the ocean in Fort Pierce to see the wind and waves.

FORT PIERCE, Fla. — The Treasure Coast has been spared from any major impacts caused by Tropical Storm Isaias.

The wind knocked out power to more than 1,200 customers in St. Lucie County, but the lights were turned back on by Sunday afternoon.

The storm's winds stirred up the ocean at Jetty Park in Fort Pierce, but the system weakened and stayed off Florida's coast.

"It was a real relief to wake up this morning and see what happened," Nicole Gamez said.

Gamez and her husband, Alex, are born and raised in Fort Pierce and have been through countless hurricanes. They said Isaias was no big deal.

"We kind of knew it wasn't going to hit hard, but it is what it is," Alex Gamez said.

On Sunday, the storm still caused rough surf and rip currents. St. Lucie County said it is closely keeping an eye on the beaches, expecting some erosion, and warning swimmers to be careful in the water the next few days.

The beaches in the county never officially closed, and the wind created ideal conditions for a number of kite surfers. Jerry Gizenski admitted he's a rookie.

"Just the fun and excitement of being able to get out there and kite board in these type of conditions with optimal wind and surf coming up like that is just amazing," he said.

The surfers drew crowds as people packed the Jetty to watch them in action, while others were fishing and exercising after being cooped up inside with COVID-19 cases still rising in Florida.

"We came out of the house and we wanted to come down here and take the kids out because they were getting kind of bored inside," Nicole Gamez said.

"They didn't want to come at first, but once we were out here, they don't want to leave now," Alex Gamez said.

St. Lucie County will resume normal operations Monday following the storm. The county is reminding everyone we are still in the middle of a pandemic, and a mask ordinance remains in effect.