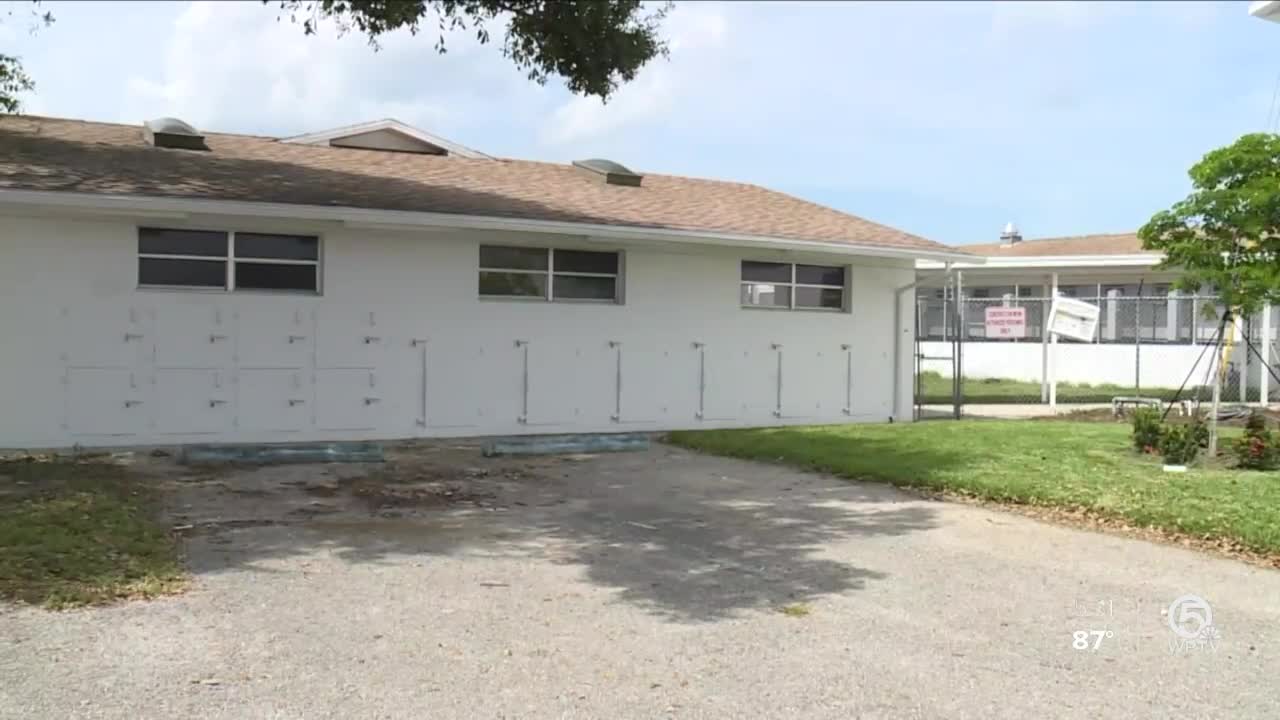 Nearly 30 dogs and five cats have been moved out of the short-term animal shelter near the Treasure Coast International Airport, where they had to be housed while major code violations were addressed at the Savannah Road animal shelter in Fort Pierce.

While the city of Fort Pierce and St. Lucie County were ending their contracts with the former Humane Society of St. Lucie County during the summer of 2019, inspections at the shelter revealed major code violations, some of which were considered dangerous to people and animals.

Inspections found mold, exposed wiring near water leaks and faulty heating and air conditioning, all of which had to be replaced. Rusty and broken kennels put animals at risk of being injured. Temperature control for the animals was inadequate, according to city leaders.

Over the last three months, county and city crews have been working to improve conditions at the shelter, removing mold, rewiring the building and replacing air-conditioning units.

"I'm not sure this floor was this color in the last 30 years," said Peggy Arraiz, Fort Pierce code compliance manager.

Arraiz gave a tour of the shelter to several representatives of animal rescue groups, looking to see if they would be interested in applying to be the new shelter operator for the city and county.

"The walls were repaired, painted and cleaned," Arraiz said. "They've sandblasted everything, so that means the concrete work has pretty much been done."

Erick Gill, a spokesman for St. Lucie County, said the county and city will be investing nearly $500,000 to make to major improvements. So far, two of seven buildings on the property have been brought back up to code. Some of the improvements will be made after a vendor is selected so they can include their vision in some of the work being done.

"It's a drastic improvement over how it looked six months ago or a year ago and there's still more work to be done," Gill said. "At least it's to a point where the buildings we're utilizing are up to code."

Gill is hopeful the revitalization of the shelter will be a final step needed to move past the tumultuous relationship with the former leadership at the Humane Society of St. Lucie County.

That included poor inspection results, financial struggles, transparency concerns and the death of a shelter volunteer who was mauled by a dog at the Savanah Road shelter.

"Our hope is to move forward with a fresh coat of paint, upgrades to the building and get a new operator in here, because ultimately it's been about the welfare of the animals," Gill said.

The city has not received any officials bids yet on the building, according to Arraiz, but she's confident the improvements made to the building so far will make it more attractive to a potential vendor.