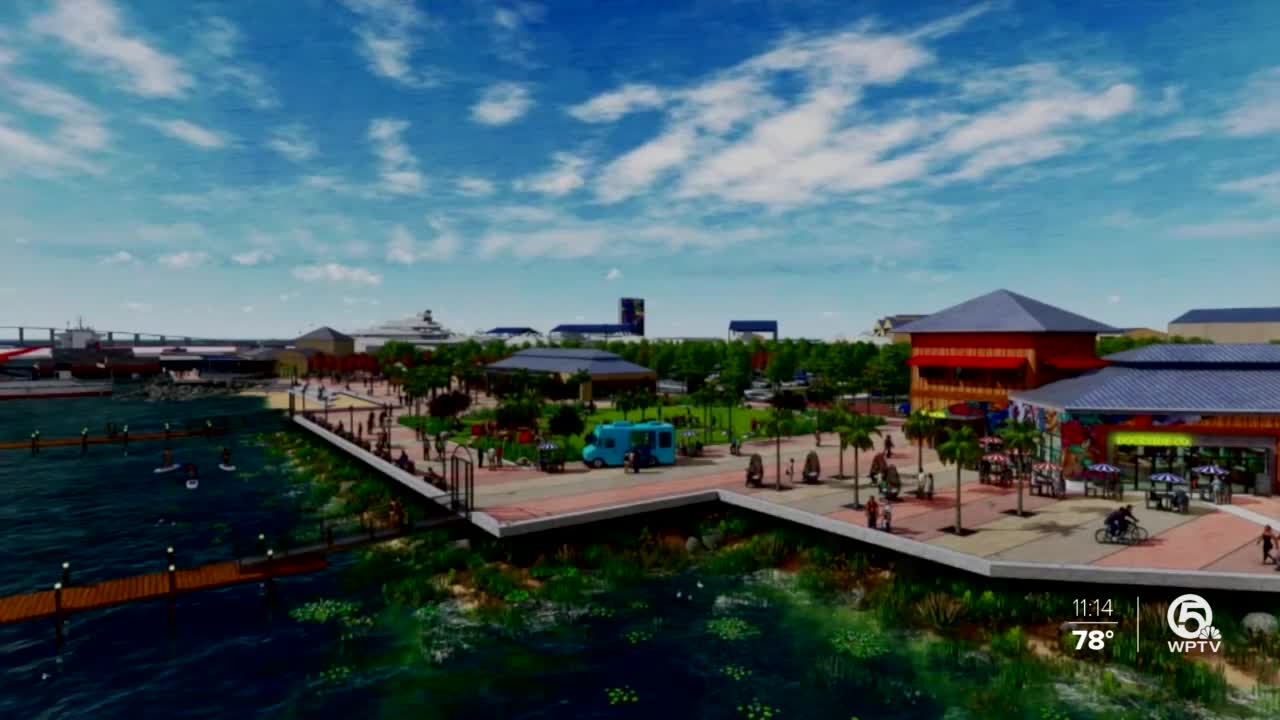 There are new plans to transform the Port of Fort Pierce into a thriving waterfront.

FORT PIERCE, Fla. — There are new plans to transform the Port of Fort Pierce into a thriving waterfront.

St. Lucie County commissioners on Thursday unanimously approved a new master plan that would embrace new opportunities, both economic and social, for those living and working along the Treasure Coast.

Lofland said the inlet brings unique opportunity due to its deepwater and lack of obstructing bridges and power lines that often limit big boats.

"It's really about the inlet, the depth and the amount of land you've got," said Lofland.

Part of the plan calls for a premier center for yacht building and marine repair.

"It's a great activity to bring in, to kind of get a new economy going," said Lofland. "There are so many yachts being built right now that are bigger than Fort Lauderdale and Palm Beach can handle."

In May, county officials began consulting with the firm Moffat and Nichol, based in Charlotte, to explore the port's future.

In the road map are plans for upgrades to the county-owned Harbour Pointe Park that would allow for a new marina and boat ramp.

"I think they would probably work with private companies and say, 'do you want to build a restaurant down here and lease the space?'" said Lofland.

According to a county survey, just 14% agreed that Fort Pierce and its waterfront are good the way they are.

Lofland said the new plan would bring in new jobs and grow the Fort Pierce community.

"What they presented was a very comprehensive mixed-use plan," said Lofland. "They established all the different uses in there."

In order for the new waterfront to become a reality, much of the land must first be rezoned by the city of Fort Pierce.

That could happen in December when the county's new district chair is expected to present the master plan to city officials.