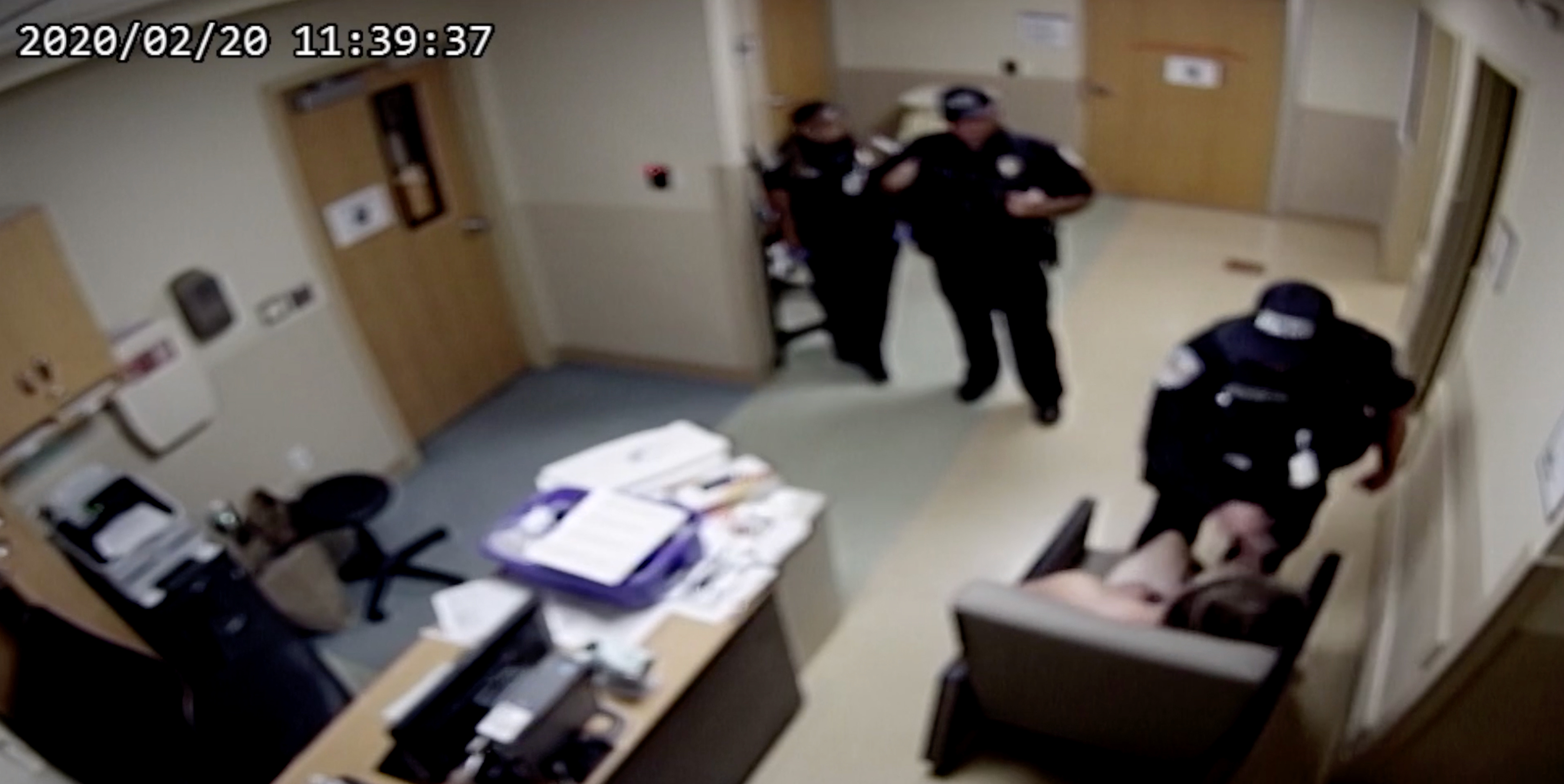 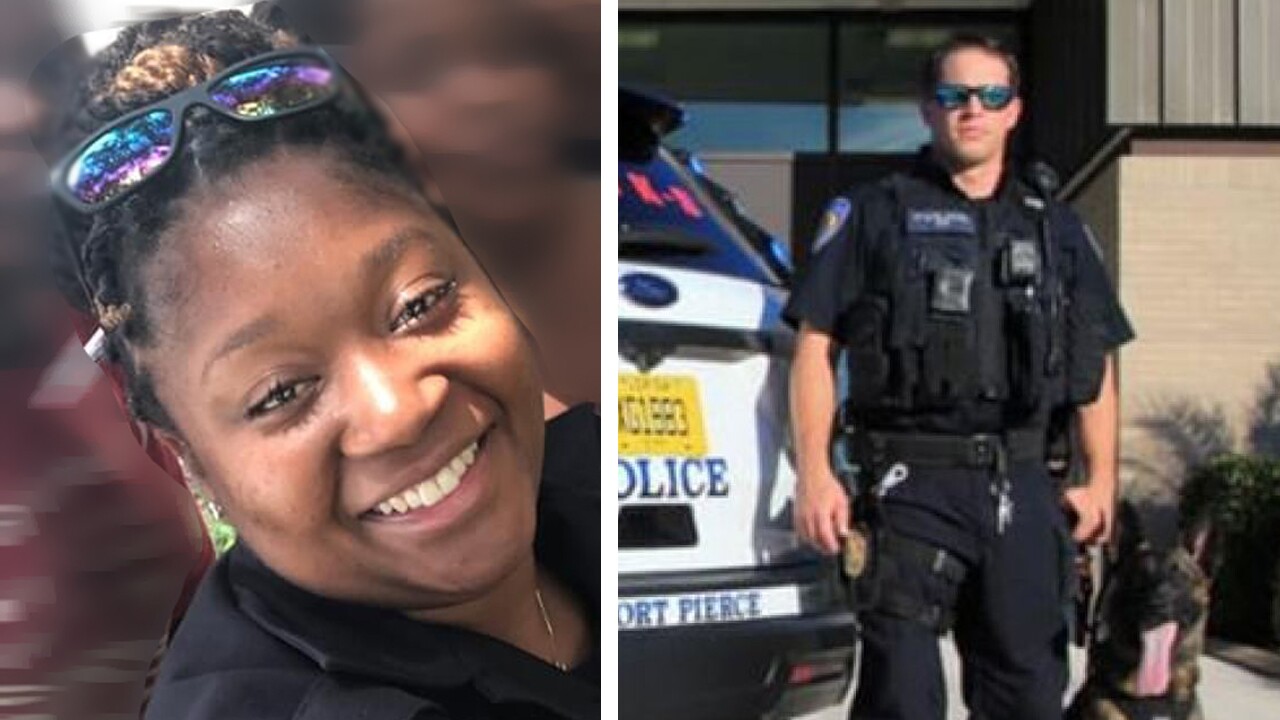 During a news conference Friday afternoon, Fort Pierce Police Chief Diane Hobley-Burney said officers encountered a man who was "intoxicated and combative" and took him to the hospital, where he continued to make "threats and racial slurs" at the officers, "particularly Officer Frederic," and hospital staff.

After the man ignored Eckrode's orders to stop, Eckrode "slapped and punched" him, Hobley-Burney said.

"So that we're perfectly clear here, this was not a use-of-force situation," she told reporters. "This was a criminal act."

Surveillance video of the incident showed the man sitting in a reclining chair in a room with Eckrode, Frederic and another officer. One of the officers, identified as Eckrode, could be seen pushing the man before punching him several times.

"At Lawnwood Regional Medical Center, the safety and care of our patients is our top priority," hospital spokeswoman Tiffany Woods said in a statement. "An incident occurred in February at our hospital involving a patient and police. After review of the incident, Lawnwood administrators contacted the Fort Pierce Police Department and we have been assisting them in their investigation. Additional information regarding the incident should come from the Fort Pierce Police Department. We are committed to doing what is best for our patients and we do not condone any actions or behaviors that do not support the health and well-being of our patients."

An independent investigation conducted by the Florida Department of Law Enforcement determined that Eckrode violated the law, Hobley-Burney said.

Eckrode faces two felony charges of battery and official misconduct. Frederic and Eckrode also faces charges of false reporting of a commission of a crime.

Frederic remained on unpaid leave and was terminated on June 25, charged with one count of false reports of commission of crimes.

"The actions of Eckrode an Frederic by no means are reflective of the officers of the Fort Pierce Police Department," Hobley-Burney said.

"From what I just saw, he should have been fired as soon as she saw what I just saw," Sessions said. "It's police brutality, and that's where the issues are -- white people, black people, green people, young people, old people. It's got to stop."

"If an action occurs in the hospital that is warranted, they are supposed to turn those body-worn cameras on, and that is also a part of our internal affairs investigation," Hobley-Burney said.